Meet satellite Aeolus; it may better predict the next Fani

Cyclone Fani meandered over Bay of Bengal for 11 days before landfall. Throughout this it kept the India Meteorological Department (IMD)  on its toes depite five doppler radars deployed over four states to track it.

This slow movement was largely because of localised winds that steer the cyclones towards warmer ocean waters where it can gather more moisture and energy. But these localised winds are not easy to pin down.

IMD uses a scatterometer, an instrument that measures dispersion of winds, on board the weather monitoring satellites, such as the Indian Space Research Organisation’s (Isro’s) SCATSAT-1 satellite launched in 2016, to measure winds near the ocean surface. But they do not provide images of required resolution.

The World Meteorological Organization has identified the lack of direct global wind profile measurements as one of the major deficits in the current Global Observing System. To fill this gap, the European Space Agency (ESA) in August 2018 launched Aeolus satellite, which is the only satellite dedicated to measuring wind speeds using Lidar radar called Aladin.

Aladin emits short, powerful pulses of ultraviolet light into the atmosphere and collects the light that is backscattered from air molecules, particles of dust and droplets of water to determine the wind speed at various altitudes below the satellite. 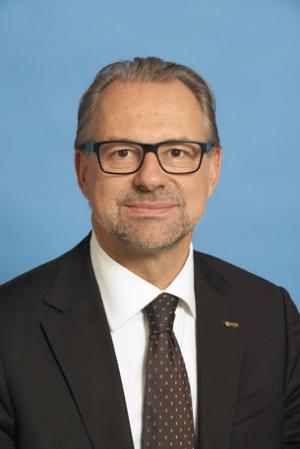 Josef Aschbacher, director of the Earth Observation Programme at the European Space Agency, talks to Down To Earth about how the Aeolus satellite can improve extreme weather predictions. Excerpt:

How will the data from Aeolus improve our understanding of global wind patterns?

Currently, wind information is either (satellite-based) derived from temperature observations of clouds and is hence low resolution, or is measured directly like through balloon measurements, measurements at the surface (weather stations, buys and scatterometers over the oceans) and by aircraft.

These cover only a few single points on the whole globe or a limited number of altitudes. The World Meteorological Organization has, therefore, identified the lack of direct global wind profile measurements as one of the major deficits in the current Global Observing System.

By filling this gap through its direct and daily measurements, Aeolus will map the global wind patterns from the middle of the stratosphere down to the surface or optically thick clouds. This will improve models describing wind patterns, how they evolve, impact and interact with our environment.

How will this understanding translate into better weather prediction models and also climate change modelling?

Although weather forecasts have advanced considerably in recent years, meteorologists urgently need reliable global wind-profile data to improve the accuracy of forecasts even further. Aeolus is expected to particularly improve forecast models in areas where there are currently very few observations, such as tropics, over the oceans, in upper troposphere and lower stratosphere, in southern hemisphere and in polar areas.

Areas of particular importance for European weather forecasts are accurate wind observations from the surface up to the middle stratosphere over the Atlantic and the tropical Pacific.

Strong winds and storms initiated by weather over the Eastern Tropical Pacific or the Atlantic ocean travel for several days up to about one week before reaching the European continent. Getting the forecast of the arrival time, place and strength of these storms are important to minimise damage.

Accurate weather forecasts are important both for commercial activities and for generally planning our daily affairs. In particular, better forecast of extreme weather events is important. Reliable knowledge of Earth’s wind fields will also advance our knowledge of atmospheric energy, water, aerosol and chemistry cycles.

Has the Aeolus satellite observed any extreme weather event recently?

Aeolus has measured extreme weather events at many instances after it was launched. It identified very strong winds over western Europe on March 10, 2019, and Cyclone Idai affecting the South-East coast of Africa in the middle of March 2019. On March 10, very strong winds extended from the jet stream all the way down to the surface and caused problems for traffic and construction.

Aeolus measurements of Cyclone Idai captured the strong in-flow feeding the storm and the strong winds on top of the storm. Aeolus cannot measure inside hurricanes because they are covered by thick clouds preventing the laser light to penetrate to lower layers.

What were the results of this observation?

The assessment of the impact of the Aeolus measurements for the forecasting of these events still has to come. Currently the Aeolus observations are compared with ground-based instrumentation and weather models to refine the calibration and data processing. This work needs to be concluded before the data quality is fit to be ingested into our daily weather forecasts.

We expect that the quality of the Aeolus data will be high enough around year-end, after which the data will be ready for scientific research and for weather forecasting. This is also the time when we expect to start to report on the improvements seen by Aeolus in forecasting extreme weather events.

When will the Aeolus data be available to weather agencies around the world?

Aeolus data is already available to a large number of weather agencies around the world. These agencies are participants to our instrument calibration and validation campaign, which was held at the start of the mission to verify the product quality and optimise it before it can be used operationally in weather forecasts.

When the data quality has been declared fit for direct ingestion into operational weather forecasts, we will let the remaining weather centres, commercial partners and other scientific data users access it. This is expected to happen towards the end of 2019.