Why does the world need a library of underwater sounds? A scientist explains

Audrey Looby, lead author of new study on underwater sound library explains the science, benefits and challenges of such a database 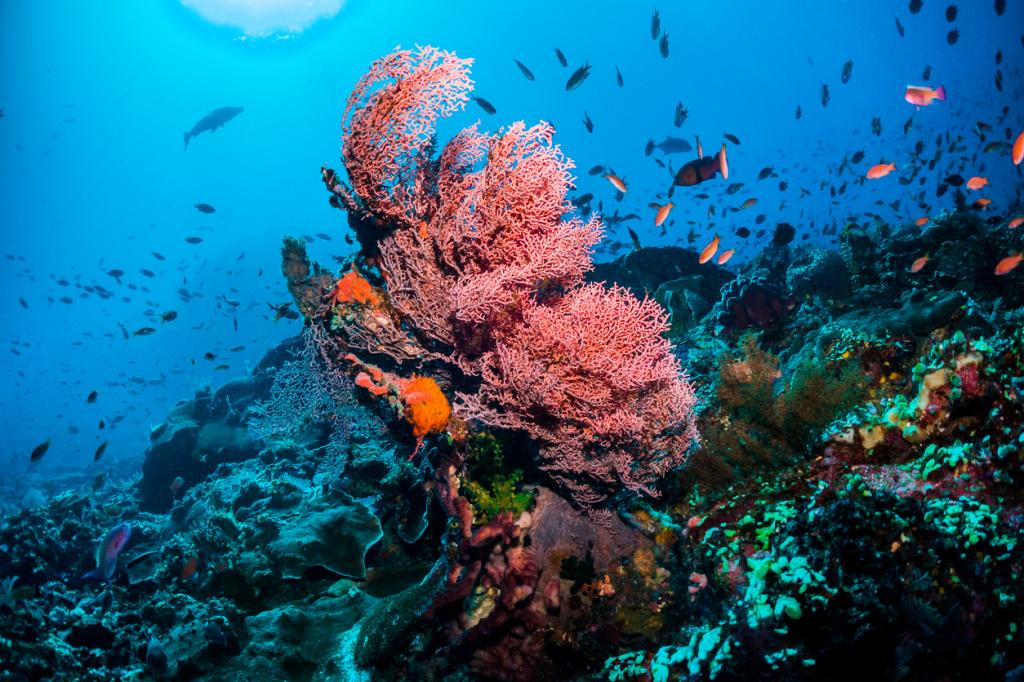 An international team of scientists have proposed a global library to document underwater biological sounds (GLUBS).  The researchers discuss the benefits of the web-based platform in a study published in Frontiers in Ecology and Evolution.

Of the roughly 250,000 known marine species, scientists think all 126 mammals, at least 100 invertebrates and 1,000 of the world’s 34,000 known fish species produce sounds. Underwater creatures use sounds to communicate, make sense of their surroundings, find food and protect themselves, scientists think.

These sounds can help scientists study ocean life as most species are nocturnal or hard to find. It could help identify new species and monitor how human activities impact the known aquatic species.

Helping them listen to marine life is passive acoustic monitoring (PAM), a technology that uses hydrophones to record sounds underwater.

Rohini Krishnamurthy from Down to Earth had a conversation with the study’s lead author Audrey Looby, a PhD student at the University of Florida, United States, on why the world needs a global underwater sound library and its applications.

Rohini Krishnamurthy: What is a sound library and why is it essential to have a global platform for underwater sounds?

Audrey Looby: Sound libraries are similar to traditional public libraries. The idea of creating them is not new. There have already been many sound repositories worldwide, but they are usually limited in scope. They focus on a particular region or species group, for instance. Some examples include FishSounds.net, Marine Mammals of Australia and Antarctica.

These libraries exist in isolation, limiting their ability to be applied to a wide variety of uses. More concernedly, many libraries have difficulty finding and maintaining funding to ensure their long-term sustainability. Thus, they may not be updated with new discoveries, or they may go out of function completely. A global, integrated library would hopefully garner greater funding appeal.

AL: In 2019, scientists described a new species, Johnius taiwanensis. Acoustic analysis showed that it produces a sound unique to the waters around coastal Taiwan.

There is also a particular interest in using sound to understand diversity in difficult to access locations like the deep sea, though implementation has been limited so far.

Biological sounds can be especially helpful in describing the distribution of underwater species that would be otherwise hard to find.

Sounds have been used to track invasive species, such as the lionfish (found in warm marine waters of the tropics) or freshwater drum (present in Canada, the United Kingdom and the United States).

RK: In your study, you talk about using sounds to monitor prey-predator interaction. Could you give us an example?

AL: Trying to find food or avoid being eaten is the main reason species use sound. I am researching a species — the Gulf toadfish — that has been shown to modify their calling behaviour [crucial for reproduction].

Bottlenose dolphins can passively listen to fish sounds to find prey, including the reproductive calls of the Gulf toadfish.

In response to this predation, Gulf toadfish can eavesdrop on dolphin sounds and reduce their calling rates by as much as 50 per cent to avoid detection.

RK: India has shown interest in exploring deep seabed mining, and there are concerns about it impacting marine life. Can the global library be used to document these effects?

AL: The global library we propose will help support assessing human impacts on oceans. By listening to underwater sounds at proposed mining sites, we may tell whether complex communities exist in a particular area and recommend alternative locations.

In addition to destroying habitat, mining may create a lot of noise that could hurt marine animals directly or cause behavioural and physiological changes. This could be further studied with passive acoustics.

RK: Are there any technical challenges in capturing biological sounds underwater?

AL: Definitely! Compared to recording sounds on land, it can be much more challenging to identify what might be producing a particular sound underwater due to reduced visibility or limited access.

The ocean is also much larger than land and is more challenging to study in many respects because of size and accessibility. We know more about Mars, including what it sounds like (Mars playlist), than we do for many areas of our ocean.

Additionally, it will require much greater effort to document the sound production of roughly 34,000 species and invertebrates.

We hope that with more affordable technology and the creation of a global library, we will create opportunities for the public to contribute to research efforts through citizen science.