'Defaulting Ganga dams in Uttarakhand to be shut for a month' 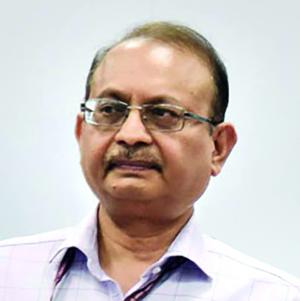 The management of two private dams in Srinagar (Pauri Garhwal district) and Vishnuprayag (Chamoli district) and one government dam — Maneri Bhali Phase 2 in Uttarkashi district — on the Ganga in Uttarakhand have refused to follow upcoming water discharge guidelines.

The guidelines are necessary for the cleaning and rejuvenation of the river. Banjot Kaur spoke to Rajiv Ranjan Mishra, director general, National Mission for Clean Ganga (NMCG), on the environmental flow (e-flow) norms that come into effect from December 15:

Banjot Kaur: Three big dams have said they cannot meet the e-flow norms that are vital to rejuvenate and clean the Ganga.

RR Mishra: We are in consultations with them. If they don’t come on board, we will shut them down for a month or more.  We can even impose significant fines.

Not just private firms, even a state government undertaking has been unable to comply with the norms.

The Uttarakhand government, which runs Maneri Bhali projects, has raised concerns in internal meetings. We are trying to address their concerns as well.

Even some Central Water Commission officials said the energy losses to these projects, which would also lead to revenue losses, were not taken into account while framing the norms.

I do agree that the electricity generation would go down if they release more water to comply with the norms. But as per the order through which NMCG was formed, its only mandate is to see that the pristine and uninterrupted flow of the Ganga is restored.

Insofar as compensation for the revenue loss is concerned, they are free to approach the appropriate forum — the central or state government.

But aren’t these firms right to say that when they entered into power purchase agreements (PPAs) with respective governments, these norms did not exist? The norms are over and above what the agreements said.

We couldn't have gone through every PPA and bring a notification that could have been in sync with all of them as the agreements are very diverse. It took years of debate and research to bring this most minimal outflow limits. Had we tried to incorporate provisions of all PPAs, this notification would also not have been possible.

Your message to project proponents?

They will bear some losses. But in the larger interest of the river, which is responsible for their existence, they should come on board. After three years, we would assess the impact on the health of the river. And, we would further increase the outflow limits. So we are not going to go back. The earlier and peacefully industry realises this, it would be in the interest of one and all.