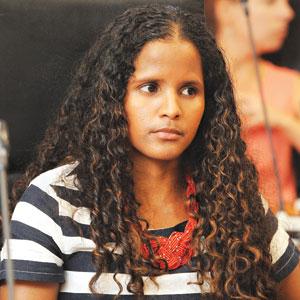 Cape Town is facing a lot of flak regarding the speed and timing of action. Is it justified?

If we look at bulk water provision, it is the responsibility of the national government as per the constitution as well as the South Africa National Water Act. So, it is unfair to expect a local government to fulfill a role it is not mandated to carry out.

Cape Town is responsible for distributing water to households and businesses, ensuring we treat water to match drinking standards and maintain water and sewerage structures. We do these well and outperform other municipalities. For example, our water loss rate is just 14 per cent, which is at par with international standards. Also, we are using mobile technology for leak detection. I believe our awareness programmes have gone a long way in reducing consumption over the past few years. Although Cape Town has the largest demand in the Western Cape Water Supply System (WCWSS), our consciousness about water consumption has helped us reduce demand.

We even paid for the construction of a dam on the Berg river despite it being a national asset. We have readjusted our budget to implement water augmentation schemes.

Do you fear that the present shortage will escalate into a class conflict?

In a situation where there is the risk of scarcity of a critical resource, the response is to find someone to blame, firstly for perpetuating the crisis, and secondly for overutilising the resource.

I don't think there will be class conflict even if we have to face Day Zero, but we are planning for contingency measures. In case of Day Zero, water reticulation in formal residences will be shut off. People in informal settlements use communal taps for water and are in a precarious situation even during normalcy. I hope that instead of clashes, the current situation will lead to a greater understanding of the fact that many people have used little water over a long period of time.

How do you address apprehension of residents living in informal settlements over restrictions?

Our water savings measures have been implemented with consistency to ensure that no one is affected disproportionately. If we have Day Zero, we are working towards maximising access through an equitable placement of collection points and minimising all kinds of qualification documents. We are working towards increasing access to healthcare facilities and our priority is to ensure access to all citizens.

Is there an estimate of how many borewells are being operated in the city and whether this is impacting groundwater?

As part of our water restriction plan, we have asked residents to register their borewells. Till date, we have 23,000-odd registrations. This comes under the jurisdiction of the Department of Water and Sanitation (DWS), but the department does not have the capacity to carry out such a registration drive. So, we have included the requirement for registration and inspection so that we can start building a database of borewells.

This will help us know which aquifers are being tapped into. We have also approached DWS to request for more stringent regulation on borewells and well points. The present rules are quite open-ended and lax, which lead to a misuse of water in the first place. The requirement for registration and inspection was announced in January this year. Limits have now been placed and incorporated into the current water restriction rules. We expect inspection to start this month.

Is there any clarity on how Day Zero restrictions will be implemented?

As of now 235 collection points have been planned and a layout design prepared. These points will be equipped with anywhere between 70-600 taps or standpipes that can be increased later. We will provide containers to people through which the water amount can be regulated. At this stage, we are making provisions for an individual to take a maximum of 100 litres based on a family size of four. For larger households, we will have to make special provisions.

Consumption is still higher above the 450 million litres per day (MLD) the city aspires to reach. Has there been a shift in the consumption pattern?

At present, dam levels are at about 23 per cent. Day Zero is expected to hit in mid-July which is well into our winter rainy period. One hopes that the rains this time will be sufficient for us to escape it. However, we still cannot predict the rainfall expected this season. There is a risk of consumption ticking up. Data shows consumption of 537 MLD, which is higher than the 516-520 MLD level that we have been practising for some time now. If this goes beyond 600 MLD, there is a risk of Day Zero being moved forward.

But there is an understanding that water consumption levels need to be kept close to 500 MLD. People have built a stronger correlation between their consumption and Day Zero projections. Getting it to 450 MLD will avoid Day Zero situation even in the future. According to the national DWS, we need to keep our consumption at about 488.5 MLD, which is slightly higher right now. In the past few years we have reduced consumption from well over 1 billion litres per day to around 500 MLD. We are targeting high-consumption households by installing water demand management control devices. These help in regulating use and avoiding high consumption. We also have automated many of our pressure valves so that we can remotely reduce pressure. We have seen a reduction of about 50 million litres in consumption because of automation.

(This interview was first published in March 16-31 issue of Down To Earth under the headline 'No class clash even in case of Day Zero' as part of a cover story on Cape Town's water crisis).