'Fight to save Aizawl's river in legends'

Rochamliana, general secretary of the Zoram Research Foundation which works on river restoration, talks on the urgent need to protect the Chite river from urbanisation and pollution 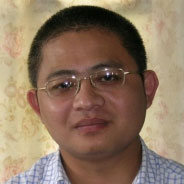 How is the Chite river threatened?

We have been involved with the restoration of the Chite river since 2009. The growing population has been encroaching upon the origin as well as the floodplains of this small river. The most disturbing trend is the encroachment near the river's origin. If there is no timely intervention, it could lead to the death of this river. Although the Chite is a small river and not used for irrigation or for drinking water, its importance lies in the sentimental value attached to this river.

Could you elaborate what you mean by sentiment attached with this river?

The Chite is the most popular river in Aizawl, capital of Mizoram. In the 1960s and 70s, we as youngsters would bathe in its waters. We didn’t have any other source of enjoyment at that time. Poet Rokunga has composed many poems and songs about this river. According to a legend, a young boy Fiara Tui was often troubled by his cruel step-mother. In the spring one year, water was scarce. People were desperately searching for drinking water. The step-mother ordered Fiara Tui to fetch water as a challenge and a punishment. He was lucky to discover water flowing hidden under trees and bushes. It is believed that the water source was the Chite river. Fiara Tui is held in high esteem in Mizoram. Rokunga often compares Fiara Tui with the river Chite. Stories and songs about the river are very popular. Mizo tribes in Myanmar too sing songs about the Chite. We wish to revive the purity of this legendary river which has so many memories associated with it.

Is this river disappearing?

Almost! It is on the verge of disappearing. If it is not saved in time it will be lost forever.

What are the probable reasons for it?

One of the most important reasons for the deteriorarion of the river is aggressive urbanization. Aizawl is an unplanned city. The government of Mizoram has recently constituted the Aizawl Development Authority. Now we have a municipal council in Aizawl city.

The dumping of untreated sewage into the river is a problem. A sewage line is being planned at the Chite river in collaboration with the Asian Development Bank.

I fear we may be too late.

The Mizo people are very cooperative by nature, but lack in environmental education. Immigrants are getting permanent settlement licences from the government and building private houses, leading to the disappearance of green areas. Lack of awareness contributes to this.

Our movement to save the Chite is headed by the chairman of the Zoram Research Foundation, Thang Chung Nunga. We also have a team of experts from academic institutions, the government and NGOs to work with us on the problem.

Is the parallel road funded by the World Bank a threat to this river?

We haven’t conducted any study on this subject as yet. We would like to invite experts to investigate whether this road will be affect the river directly or indirectly in the near future.

What problems have you encountered? Has it been a smooth affair?

It is not a smooth affair. Funding is the main problem. We receive contributions from Mizo people who are living in Singapore and also from the government. But it is still concern for us.

What kinds of activities do you carry out there?

We organise seminars, think tank discussion forums, consultations with the government and NGOs, and awareness campaigns. We are requesting school owners to start a voluntary programme for school children to help clean the river.

What are plans for future?

We are planning to organise a meet of environmentalists in Aizawl in order to draw the attention of experts and arrange a field visit for them. I would like to urge Centre for Science and Environment to help us organise such a meeting.

We hope that Chite will serve as a pilot project. If we succeed in reviving the river, then we would like to work to recharge the ground water of a major river Tong. The Tong is a major source of drinking water. We believe a river is the blessing of nature, and it must be preserved.