The Abhiyan will work in 256 water-stressed districts, the minister told Down To Earth

Arguably, he is the most sought after minister in the Union cabinet. Gajendra Singh Shekhwat, Union Minister for water resources, shepherds Prime Minister Narendra Modi’s promise of tap water to all by 2024. He spoke to Down To Earth on how the government will achieve its target while ensuring water resource sustainability. Edited excerpts:

GSS: All former schemes, be it central or state, only talked about making water accessible to rural populations through hand pumps, stand posts or ground level reservoirs. The schemes talked about the availability of water in the periphery of the household. 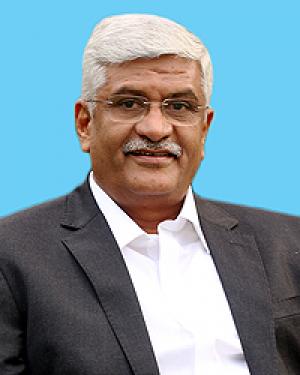 This shows that the previous schemes did not supply piped water to households according to the mandate. It talked about making water accessible. Today, 80 per cent of the population has access to water.

We have full confidence that we will achieve the target of 100 per cent before the deadline just like what we achieved for sanitation.

SS: How will the mission ensure the sustainability of the source, be it groundwater or surface water?

GSS: Sustainability of the source is very important. Sustaining the groundwater is much more important. We are also putting emphasis on sustainability and greywater reuse and treatment in the schemes.

Greywater will be treated and used for irrigation and groundwater recharge. Sustainability of groundwater is ensured under the natural resource management projects of Mahatama Gandhi National Rural Employment Guarantee Act (MGNREGA).

Convergence with MGNREGA has been given a priority. Groundwater recharge projects will also be funded under the Fifteenth Finance Commission. Around Rs 30,000 crore have been allotted for this.

SS: During the construction of toilets under different missions, we have seen that contractors get involved in the work and deliver very low grade toilets. How does the Jal Shakti Abhiyan ensure that such cases do not occur under this mission?

GSS: Swachh Bharat Mission was a “people’s drive”. For the first time, we thought of women's empowerment.

Similarly for projects under Jal Jeevan Mission, the Paani Samitis or the communities will be in charge of observations and measurements and initial execution of the projects. This also creates ownership among the communities and in the long run, such projects become sustainable.

The brackets for pricing of the projects, quality of the structures will be set so that contractors cannot eye this as a profitable source.

SS: It has been seen that many iconic villages that have created history in developing a model for water management, have failed to sustain due to loss of interest of Village Water Sanitation Committee (VWSC) / user group / Paani Panchayat. How will JSA proceed in helping the VWSC in developing a plan for monitoring and sustainability of the model?

GSS: Iconic villages fail mostly if the technologies used are not correct. To plan a water management project, studying the aquifer below is very important.

Out of a total 25 lakh square kilometre groundwater-stressed zone, we have already mapped the aquifer for 11 lakh sq km. Once such mapping is done, right technology can be suggested.

Once right technology is implemented, the projects become impactful. The communities, villagers, districts become motivated in a cumulative way.

SS: Experts say that the solution of the water crisis will be the traditional knowledge of the community. What is Jal Shakti Abhiyan (JSA) doing to promote such knowledge?

GSS: Traditional knowledge is the not the only solution. But yes, our ancestors had years of experience during which they practiced and used a particular technology for a particular area.

Let us take the example of Bundelkhand, where the Bundela and the Chandela kings created thousands of taalaabs (ponds). These taalaabs provided water security to the region. But in due course of time, these talabs were destroyed.

Lately, there has been rejuvenation of many of such waterbodies, which has resulted in great impact. We will find such examples in Jaisalmer and Barmer where technology specific to such areas were developed traditionally.

JSA will work in 256 water stressed districts. The work will include awareness on water use efficiency, rejuvenation of waterbodies, water harvesting and also focus of capacity building of the communities.

Till date, lakhs of people have come to join the mission and many traditional water bodies have been rejuvenated. Such momentum will create water security.

SS: This mission requires a huge investment in building the capacity of the communities. How does the Centre plan to work with the states on this?

GSS: During Swachh Bharat Mission, we have worked on behaviour change of the community. Once the communities are made aware about ownership of the projects, power of the society can grow on its own.

Additionally, the Atal Bhujal Yojana launched last year will be implemented through Jal Jeevan Mission (JJM) focus on areas with very low groundwater and have almost Rs 6,000 crore which can be used for capacity building programmes other than demand-based projects.

SS: In Phase II of Swachh Bharat Mission, the sustainability of toilets have been linked to water supply in toilets. Now that the toilets are built for every household, how will the mission ensure that people do not go out for defecation again due to scarcity of water?

GSS: The usage of toilets on the current date is 95 per cent. Still we feel that there is a need for behavior change programmes to increase the usage of the toilets.

There are slippages in toilet construction and usage due to different reasons and unavailability of water is one of them. JJM will ensure piped water supply to households at the rate of 55 lpcd. This will help people to use the toilets 2-3 times daily.

We will be using Rs 30 lakh in the SBM Phase II for building new toilets so that nobody is left behind. Phase II will also focus on solid liquid waste management, which includes management of plastic, organic and faecal waste.

Provisions are being made to recycle and reuse the greywater. The greywater can be used for irrigation, non-potable uses and even for industries if available in ample amount. Once the villagers start getting revenue for such treated water, communities will be motivated to maintain the sanitation.