Parameswaran Iyer, secretary, Department of Drinking water and Sanitation, spoke to Down To Earth on how intensive information-education-communication efforts by the Centre and states made India ODF 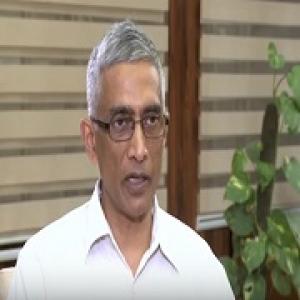 India is now open-defecation free (ODF). What are the challenges you faced in achieving this status?

Bringing about behavioural change at such massive scale and in such short time was the biggest challenge, especially with the stigma associated with toilets.

This was achieved due to the demand-centric approach of the Swachh Bharat Mission (SBM). Supply followed demand.

There were intensive information-education-communication (IEC) efforts by the Centre and states. The biggest communicator was the prime minister, whose leadership was the game changer.

The recent National Annual Rural Sanitation Survey (NARSS) showed that toilet usage was over 95 per cent. This is a testament to the behavioural change.

How do you plan to sustain this status?

IEC for regular toilet usage have been underway at the grassroots level through our 0.6 million swachhagrahis , or foot soldier of the mission, who are being reoriented towards ODF sustainability. They will continue to motivate people to use toilets regularly.

Additionally, district administrations are setting up ODF sustainability cells. Local monitoring efforts like nigrani samitis are ensuring that the behaviour change of toilet usage is sustained and becomes the new norm.

At the mass media level, campaigns like Darwaza Band-Part 2 are being run.

Not all toilets set up under SBM have adequate supply to water. How do you plan to make ODF sustainable without this?

While running water in a toilet is desirable, it is not a necessary condition for sustaining toilet usage. Most toilets in rural India have the steep slope pan which requires just about 1.5 litres of water to flush, and hence linking toilets to running water supply is not necessary.

However, as the prime minister announced during his Independence Day address, the Jal Jeevan Mission will aim to provide piped water supply to all households by 2024, and this will further strengthen ODF sustainability.

How do you plan to manage the black and grey water from all these toilets installed under SBM?

A majority of toilets in rural India are twin-pit leech pit type, which is like a self-contained treatment plant and does not require any additional blackwater or faecal sludge management.

There are two honeycombed pits dug into the ground and at any point of time the faecal material empties into one pit while the other remains shut. The liquid leeches out of the pit and the pathogens die within a few feet of the pit, while the solid material remains in the pit.

Once the first pit fills up in about five to six years of continuous usage by a family, the faecal material is diverted to the second pit and the first pit is shut. In about six months, the material in the first pit converts into pathogen free organic manure which is safe to handle by hand and use for agriculture.

There are a few septic tanks in rural areas as well, and most of these have soak pits which manage the blackwater safely. Going forward, SBM-Gramin will also focus on setting up faecal sludge management plants across the country to manage the faecal sludge from these sceptic tanks.

Any plans of collaborating with the Ministry of Agriculture and Farmers Welfare so that the digested feacal sludge is used as fertiliser?

As mentioned earlier, twin-pit toilets, which are the predominant type in rural India, convert the faecal material into high quality organic manure. The Department of Drinking Water and Sanitation has been making people in rural India aware of this and many farmers are already using this manure in their fields.