‘State protection for wildlife not a panacea for conservation’

Down To Earth speaks to Brain Heath, CEO of Mara Conservancy and director of Seiya Ltd, about the conservation model in Kenya, other African countries

Brian Heath is the CEO of Mara Conservancy and director of Seiya Ltd. Established in 2001, Mara Conservancy protects the ‘Mara Triangle’, a 510 sq km of western portion of the Masai Mara National Reserve, Kenya.

Heath was in New Delhi recently as part of the jury to decide the recipients of the Habitat Trusts Grant, a programme designed to support work in the field in India to protect natural habitats and indigenous species. He spoke to Down To Earth about the conservation model in Kenya and other African countries among other things. Edited excerpts:

A recent report in Al Jazeera accused you of fomenting trouble in a land dispute between the Maasai Mara Wildlife Conservancies Association and a splinter group of livestock farmers. Your response?

I was managing a conservancy. It was land privately owned by the Maasai people. I lost that contract in December 2018. When I lost the contract, we left.

But a number of the landowners disagreed with the decision for me to lose the contract. They were the ones creating an issue. They were the ones saying, ‘This guy, for 10 years has managed our land on our behalf very well. The new group that is coming in has no experience. We don’t know them. We feel they are a front for a group of vested interests.’

And so, they opposed it. Hence, we never fomented or incited any trouble at all. But a group of the landowners who opposed the original decision did. They went to court. They got a court order saying that we should continue managing. And the group that did not want us there, just ignored the court order. 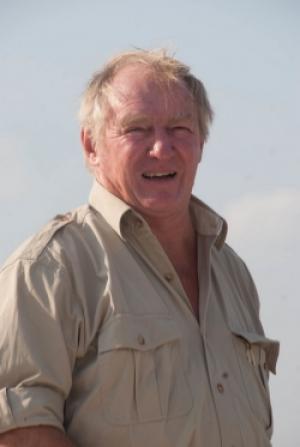 The Maasai pastoralists involved in the dispute said the benefits of Kenya's conservation model, which involves farmers leasing their land for tourism, goes to other tribes. Is this true?

No. It sticks within the Maasai people. But as in so many cases, it is controlled by a small clique. And there is a group that wants to break that stranglehold that the small clique has on that conservation.

The report further said Kenya's successful conservation model was in danger of crumbling due to this dispute. Do you think this will eventually happen?

Not as a result of this dispute. I think there are some issues that need to be resolved, many of them being related to governance and the collection and distribution of revenue.

As it stands, many of the land owners don’t get the value of leasing their land for conservation that they could for other forms of land use like agriculture or fencing and keeping it for themselves. So, the big issue about it being sustainable is whether tourists can pay sufficient money to equal other opportunities that landowners have for that land.

Conservationists like Mordecai Ogada have often accused Westerners of dominating the conservation scene in Africa, leaving secondary jobs for Black Africans. Your take?

I think he is unfortunately rabidly anti-western. I think to an extent, he is not really recognised as a voice for the people.

Kenya is a very capitalistic country. Unfortunately, conservation does not get the recognition and benefits that other forms of land use get in Kenya.

As a result, conservation is seen as an unattractive investment for black Kenyan landowners. That is the fundamental problem. If they really want black Kenyans to get involved in the conservation of their land, they have got to make it attractive for blacks to invest in it. At the moment, it is too one-sided. It costs a lot more than you get benefits. And there are not many black Kenyans at the moment who want to invest in something from which they get very little or no returns in investment.

Hence, what you see is that it is the whites that have come to the forefront in conservation, may be because of international non-profits or their long-term outlook on things where they are not there to make money but have a lifestyle.

Most people now are wealthy foreigners who don’t need to make money from land that is now being conserved.

To take the example of Kenya, these are not local whites?

Most of them have left, but the few that remain are trying to eke out a living out of livestock ranching, farming or a mixture of tourism, conservation and livestock owning. But in fact, you will find that most of them can’t afford to do that. And the land is now being bought by international conservation non-profits or by very wealthy international investors.

There are not that many white Kenyans involved in large-scale conservation programmes any longer.

Do you think if not in Kenya, then in other countries of Africa, Ogada’s argument holds true?

Maybe, it is the individuals involved. But there is nothing in Kenya that stops a black Kenyan from getting involved in conservation.

What can India learn from the successful conservation models of countries in east and southern Africa?

I think your Indian model is more aligned to the Kenyan one, where the state owns the animals. The southern African model — Namibia and South Africa — has vested a lot of rights and responsibilities for wildlife ownership in the landowner.

So not only do you have the responsibility to look after wildlife but also the right to benefit from it. And I think that is the fundamental difference. Since Kenya banned hunting in 1978, we have seen on average an 80 per cent decline in all our wildlife species. So, pure protectionism, vesting the rights and responsibility for wildlife in the state and not in the individual is not a panacea for conservation.

I think there may be things that one can learn from countries like South Africa where, the wildlife population was turned around completely by giving rights and responsibilities to the landowners.