There is increased acceptance to the idea that animals are cultural beings, the umbrella term for which is ‘Animal Culture’. Scientific studies on animals depicting cultural traits go all the way back to the work of Jane Goodall and Dian Fossey; but the science of the phenomenon has been widely accepted only recently.

The 13th Conference of Parties (CoP) to the United Nations Environment Programme's (UNEP) Convention on the Conservation of Migratory Species of Wild Animals (CMS) on February 19, 2020 recognised work done in the area and approved a proposal on concerted action for West Africa’s nut-cracking chimpanzees.

Down to Earth spoke with tropical field biologist and conservationist Ian Redmond to understand more about animal cultures. He has researched on mountain gorillas for more than 35 years and served as ambassador for the UN Year of the Gorilla in 2009 and for CMS since 2010. He was made ambassador of terrestrial protected species in 2020. Edited excerpts:

Ishan Kukreti: What is animal culture? 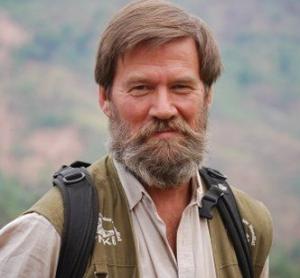 Ian Redmond: The idea of animal culture comes from observations scientists have made in the past 30 years. In different parts of western Africa, scientists noted that chimpanzees interacted with each other and used tools, so their behaviours are different from other animals. It becomes apparent when you watch them for a while.

You can tell where a chimpanzee is from by looking at its behaviour in a way similar to when you recognise which tribe a human comes from through her clothes, dancing and mannerisms. I study gorillas, chimpanzees and elephants. In all cases, there are components of their behaviour which are learned during their long childhood.

So if a species has a long period of maternal dependency, the infant is growing up and learning about the world by observing her mother and other members of her family. Some of the behaviour is not instinctive, but it is learned and some of it is taught as well. The teaching is seldom active. It is a long, patient observation and then it is about trying it, getting it wrong and then getting it right.

That becomes, what is now recognised as culture. It can include different things from the way chimpanzees move, hold their hands and how they fish for ants or termites.

A specific chimpanzee culture that is a subject of a proposal here (at CMS) for concerted action to ensure that this culture survives is nut cracking. Here you’ve got chimpanzee behaviour that is not only tool usage but also sometimes tool making.

If some of the tools they make are of stone, it is like the chimps have entered the Stone Age. When they leave behind signs of these activities, one can conduct an archaeology-like study to find if they have been doing this for thousands of years. So this is fascinating.

IK: What does the involvement of CMS mean?

IR: The study of this behaviour largely has been of academic interest, sometimes of interest to documentary-film makers. This convention is for the conservation of migratory species and chimpanzees were added to the list. At the same time, CMS has pioneered this group on animal cultures.

Now this proposal is like a test case to see if concerted action should be focused on not just a species or sub-species, but also a tribe. In this case, a nut-cracking tribe of chimpanzees can have specific actions which need to be conserved. The drawback is that we don’t know how widely this behaviour is distributed.

The ability to crack nuts means chimpanzees can survive in forests which in dry seasons don’t have much other food. So it becomes a survival skill. Because of climate change, there are longer dry seasons. So these chimpanzees have a better chance of survival. We need to know which tribes behave like this.

It is also an issue of competition. If local human communities harvest the same nuts or fell trees for timber, we lose chimpanzee culture. So it becomes a novel criterion for conservation.

We don't know why they do it. It might be that one tribe cracks nut and the other down the road doesn’t. It can be that a bright young chap one day cracked a nut and others followed his behaviour and that particular tribe becomes a nut-cracking one, and other tribes don’t.

We don’t want to divert resources from the tribes which don’t crack nuts. They might have other cultures which allow them to survive, which we don’t know about.

There can be measures such as asking people in local communities to not cut down trees and if they harvest nuts, to regulate that, in order to not compete with chimps and put them at risk. Another measure could be to make them aware of the fact that chimps are unusual.

The CMS is joining an existing movement to save west African chimpanzees. The CMS concerted action proposal is not saying let’s have another workshop. There has been a workshop, so let’s have the power of the CMS that makes legally binding treaties between these countries to bear on already-accepted priority actions. The weight of the CMS behind this will probably bring additional funding.

I can see all sorts of potential here. But first we need to know where this behaviour occurs with additional surveys on such sites. Our hope is that CMS’s support will facilitate these actions so that these behaviours and their habitats survive.

IK: Will chimps evolve to a neolithic age?

IR: (Laughs) That’s an interesting concept and maybe we’ll see a ‘Rise of the Planet of the Apes’! What is interesting is that research was conducted in a captive sanctuary where none of the chimps cracked nuts. A skilled nut cracker was introduced to this sanctuary, after which a few and then a lot more saw this as a way of getting food and started cracking nuts. It seems that in some circumstances, behaviour can spread quickly.

IK: How does this change conservation?

IR: If you take the tribal analogy, then the older members are the elders; just like in human societies, they are depositories of wisdom and knowledge. They got to 60 years of age because they got to live in their environment. It might be in the past that a drought that happened every 10 or 20 years, older members showed them where to find water and food.

Now with weather patterns changing, that knowledge is probably more important. So, one potential conservation implication might be that in populations of species that have cultural knowledge, you actually want to target your conservation actions at elders, contrary to usual practice which suggests that post-reproductive animals are not useful anymore.

What excites me about apes and elephants is that their societies have intergenerational transmission of information, not just from parent to offspring, but also from grandparent to grandchild.

If you are looking for an elephant to be ‘harvested’ (killed for its tusks), it would be an elderly member — with skills and knowledge critical for survival that it could on pass to young ones.

So for intelligent social mammals which have culture, it’s inculturation with a different culture for those in captivity, they have adapted to living in enclosures. So animal culture does question the role of captive breeding for intelligent cultural species.

With endangered species, we should look at some outlying population which has some culture that's not found anywhere else. Even if you wanted to put your money on where most number of animals were and not the small population with culture which might have some survival advantages, it suggests that the idea that you have to save the maximum number of animals for your money, needs to be viewed differently.

IR: I’ve had the good fortune to live and work in the Virunga volcanoes (a chain of volcanoes in east Africa), studying gorillas by sitting next to them. The gorillas went about their business and accepted me, which is truly wonderful. And when you’ve had that trusting relationship with a family of non-human beings, you don’t see them as wildlife. I consider gorillas to be some of my best friends. So then it’s like, hang on: it’s my friend you are talking about, not just some endangered species. So this gives you a different view on endangered species.

IR: There are novel behaviours popping up in a number of species. What springs to mind is crows. They are really smart birds. You can find videos of crows who have learnt to put nuts or hard-to-eat items on the ground, in front of vehicles at traffic lights.

They wait for traffic lights to go green. The car crushes the item after which they go pick up the item and eat it.

Now, this is obviously an invention, a new behaviour and when one starts to do it, many others start to do it too. So novel behaviours arise and it’s a subject of great scientific interest how they spread. If it is indeed by observation and imitation, what does that mean for species? Birds are supposed to have bird brains and not be very intelligent, but some of them share remarkable tool making skills.

Humans have a very human-centric view point and this recognition of culture in non-human beings, I think, helps to broaden our perspective.