It is humanity that is squarely responsible for the emergence of new viruses in the last few decades, according to Pranav Pandit, veterinary epidemiologist at the University of California, Davis, United States. Factors like population growth and urbanisation cause frequent human-wildlife contact, which in turn allows new viruses to evolve. Edited excerpts from an interview:

Ishan Kukreti: Could you explain in detail, the factors that make it possible for viruses to jump from animals to humans and also, from humans to humans?

Pranav Pandit: Our recent study shows that exploitation of wildlife populations and degradation of habitats are among the important ecological divers behind the emergence of viruses from wildlife to humans. 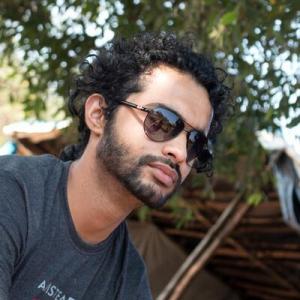 These rapid, anthropogenic changes are animal-human interfaces where humans frequently get in contact with wild animals, allowing viruses to evolve and jump into humans, leading to the emergence of a new virus.

Whether the virus will have significant ability to transmit between humans (human-to-human) depends on the mutations that allow easy cell entry of the virus in humans, the natural progression of infection within humans and mode of transmission for the virus (vector-borne, direct contact, etc).

IK: Has there been an increase in the human-to-human transmission of viruses? Why do you think that is the case?

PP: There is surely an increase in emerging viruses from animals. Just over the last five years, the world has seen great outbreaks of emerging zoonotic viruses including the Zika virus, Ebola virus, and now SARS-CoV-2.

Overall, this is attributed to anthropogenic pressures that we exert on environmental systems, including population growth, rapid urbanization, and climate change. Our study related to Flaviviruses (Zika virus, yellow fever virus, dengue virus) shows exactly that.

Keeping in mind the human-to-human transmission depends completely on other factors described earlier.

PP: One cannot say with complete certainty. When it comes to emerging zoonotic viruses, humans tend to be naive to them and hence do not have a protective immune response against these emerging viruses.

On the other hand, reservoir animal species tend to have evolved over generations with these pathogens hence are hypothesised to have immunity that can maintain the circulation of viruses within their populations.

PP: Multiple factors determine if a virus / pathogen is able to transmit with airborne droplets. First, an infectious person should be able to create droplets that are of appropriate size so that they can become aerosolised droplets with the help of particulate matter in the air.

These should have enough quantity of virus in them and also remain airborne in the air for a significant amount of time so that either wind / air currents can transmit them to other places where they can infect another susceptible person.

Windborne transmission of viruses is detected commonly in animal viruses and an example is Foot-and-Mouth disease virus that causes infection in cattle, sheep, pigs, and goats.

An example of human bacterial infection that is windborne is Q fever, caused by Coxiella burnetti.

IK: Why is treating zoonoses so difficult?

PP: First, viral infections, in general, are difficult to treat as very few antiviral drugs are effective against viruses, unlike antibiotics which we use against bacterial infections, that are broadly effective. Second, emerging viruses are novel. Hence, developing vaccines / antibodies-related treatments would take time.