‘Developing a Red List of India’s fungi is imperative’

NSK Harsh of the Forest Research Institute, Dehradun, talks to Down To Earth about the Red List of India’s Fungi that he is preparing 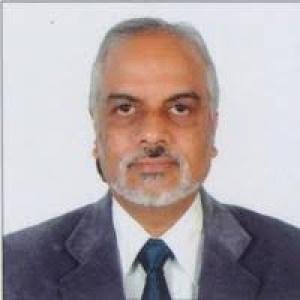 While we may know of so-called Red Lists for mammals, birds, amphibians and reptiles, a Red List for fungus is a novelty. However, NSK Harsh, a mycologist from the Forest Research Institute, Dehradun, has embarked on exactly such a project to chronicle those fungi in India that are highly threatened. He talks to Down To Earth about the reasons behind the venture and its significance. Excerpts.

Why did you choose fungi for this project?

Though fungi constitute the second largest kingdom of life, they hardly found a mention in most conservation strategies possibly because only a few fungi are considered for Red List status. While more efforts are made for conservation of animals and plants, fungal conservation is seldom deliberated and targeted by conservationists.

Fungi too are facing threats to their existence due to loss of habitat and hosts, over exploitation, climate change, developmental activities, and pollution. The growth of large urban areas, construction activities such as dams, buildings and roads, encroachment on vast areas of forest lands for extension of arable expanses and mining operations are examples of direct onslaughts on nature which have steadily depleted biodiversity. Fungal diversity cannot remain unaffected due to anthropogenic activities. Human activities are undoubtedly driving some fungi into extinction.

Being a mycologist (a scientist who studies fungi) for more than 40 years, it was but natural that I would select fungi for such a project. Moreover, I have been a member of the International Union for Conservation of Nature (IUCN)’s Mushrooms, Brackets and Puffballs Specialist Group for 2013-2016 and currently for 2017-2020 is another reason.

When and how did the project come about?

The IUCN Red List of Threatened Species, founded in 1965, has evolved to become the world's most comprehensive inventory of the global conservation status of biological species. It uses a set of criteria to evaluate the extinction risk of thousands of species and subspecies.

Until 2010, the emphasis was on Red Listing of animals and plants. The Global Fungal Red List Initiative launched in 2014 has been a welcome effort to facilitate and coordinate concerted efforts by the global mycological community on fungal conservation needs.

A few countries like Bulgaria and 36 countries of Europe (European Council of Fungal Conservation) have prepared their Red List of Fungi. It is imperative for mycologists in India to develop a Red List of Fungi for the country so that the government and policy makers may become aware of their conservation needs. Knowing the RET (Rare, Endangered and Threatened) status of fungi will help in taking up conservation measures including for their habitats.

The IUCN has issued guidelines for preparing Red Listing of organisms which is an alert for governments to value and protect taxa after knowing about their threat status. In the project (titled “Preparing Red List of Macro-Fungi of India” and funded by Mohamed bin Zayed Species Conservation Fund), the IUCN Red Listing criteria for assessing and reporting on the conservation status of fungal species as developed by Dahlberg & Mueller (2011) would be followed.

Will the study be conducted all over India?

The study covers macro-fungi, generally called mushrooms, from the whole of India. This is going to be the first Red List of fungi from India.

Apart from red-listing the number of fungus species, will the study look at other aspects like the factors affecting the importance and role of fungus in the ecosystem?

Certainly, for the selected species in the Red List, these issues will be addressed.

What will be the outcomes from the study and how long will it take?

Preparing a Red List of Fungi in India using IUCN guidelines is a necessity to impress the importance of fungi upon policy makers and conservationists. The initiative will attract, educate, engage, and facilitate activities by both, professional and amateur mycologists in fungal conservation in India. The project duration is 30 months and is likely to be completed by December 2020.

Is this an individual study or have you partnered with an organisation or other researchers?

Mycologists from different institutes of the Indian Council of Forestry Research & Education as mentioned below are the partners in this work from respective parts of the country:

Yashpal Sharma, from the Department of Botany, University of Jammu, is also a partner. Works of other researchers working on macro-fungi of the country is also being accessed and considered.