Down To Earth speaks to Samrat Mondol, associate professor at the Wildlife Institute of India, Dehradun, to know more about the origins of the tiger

Where did tigers initially originate? How did they come to India? What methods are used to trace the trajectory of the tiger from its point of origin to India? To get answers to all these questions, DTE talked to Samrat Mondol, associate professor at the Wildlife Institute of India (WII), Dehradun. He works and teaches at the WII Wildlife Forensic and Conservation Genetics Cell that is a state-of-the art forensic and research laboratory for conducting DNA analysis of endangered species and other animals. Edited excerpts: 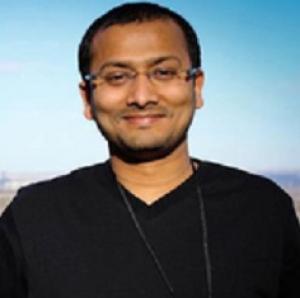 RG: Where did tigers originate in?

SM: They originated in southern China and then spread in different directions. There are various evidences available including molecular data. There are very few fossils. Among the regions that the tigers colonised was India. Their pattern of colonisation of Asia was somewhat similar to how humans colonized the world after evolving in Africa.

As tigers moved, they started living in different habitats. This brought about subsequent morphological and other changes in them. This is how the separate subspecies of the tiger arose.

RG: What does molecular data mean?

SM: Molecular data is Deoxyribonucleic Acic (DNA)-based. The idea here is that our DNA retains the history of what we have gone through over many years. That is because DNA changes in various situations. For example, if today, I am living in a zone that has high nuclear radiation, my DNA will change. If I survive the radiation, that DNA will be propagated through my offspring. That will then slowly become a separate kind of signature.

The changes in DNA depends on time. If time is more, there will be more changes registered or vice versa. There are a lot of mathematical approaches that help us to track these changes like which change happened earlier and which one is newer.

This is how scientists have used DNA data to find out how tigers evolved. The gold standard, along with molecular data, is the availability of fossils. Fossils and molecular data give a fairly good idea about the history of a species.

RG: What does molecular data suggest about tiger colonisation of Asia and the Indian subcontinent?

SM: It is a bit difficult as for this, one needs very intensive DNA data of all tiger subspecies in the same format. If you don’t have that, you cannot compare which one is old and which one is new. This has been the biggest challenge for research on the tiger. Only very recently, in the last five years or so, people have started to generate such data.