'Lions’ presence in human-dominated areas is neither new nor surprising'

Wildlife expert and authority on Gir lions Ravi Chellam, who is currently the executive director of Greenpeace India, talks about attacks on humans 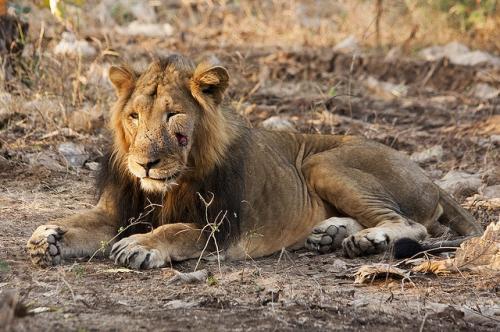 There have been seven attacks on humans by Gir lions since last year. While in December 2014, lions killed two people in two separate incidents in Gujarat outside Gir, four more have been killed in the past three months.

A 30-year-old man was attacked about 10 days ago on May 28. All the attacks have been seemingly unprovoked and outside the Protected Area (PA) of Gir National Park and Wildlife Sanctuary.

Wildlife expert and authority on Gir lions Ravi Chellam, who is currently the executive director of Greenpeace India, talks about the attacks, the status of protected areas and translocation of lions he has been advocating for almost three decades now.

All the seven attacks since last year are seemingly unprovoked and non-intrusive. The humans were carrying out their activities in areas that are traditionally populated by humans and abuzz with activity. What could be the possible reason for lions venturing into human areas and attacking?

Lions are not shy, especially in the Gir context where they are constantly exposed to human beings and their activities. Decades of such exposure tends to change the behaviour of the lions.

Lions and many other animals, including tigers, tend to use human-dominated landscapes, especially during periods of a day when human presence and activities are lower.

Hence, lions’ presence in human-dominated areas is neither new nor surprising. In terms of trying to find the reasons for their attacking human beings, I have very little evidence to hazard a guess.

Have the lion numbers grown beyond the carrying capacity of the forests?

Is the Gir protected area low on prey-base?

No. Gir has a diverse and dense prey base.

Is here a problem of habitat fragmentation and do you advocate expanding the habitat at Gir?

It is not easy to increase the size of protected areas nor expand habitats for wildlife. In most places in India, wildlife and human populations live right next to each other and are constantly interacting, and mostly this interaction, is peaceful.

Habitat fragmentation is a problem across almost all PAs as our policy and decision makers do not recognise the need for maintaining the ecological integrity of our wildlife habitats.

You have been an active advocate of translocation of Gir lions to Madhya Pradesh for a long time now. Please elaborate on the viability of the same in today’s context. Do you think it still holds good?

It still very much holds good as the logic for the translocation is to mitigate extinction risks. A single population of an endangered species restricted to a relatively small area is not good conservation practice, especially when a significant part of the population resides outside the PA.

The only way to mitigate this risk is by translocating and establishing additional free-ranging populations at significant distances away from the main population.