The PM, also Visva Bharati chancellor, spoke at the inauguration of the university’s centenary celebration and tried hard to associate his government’s agenda with Rabindranath. But how much of a common ground is there?

Prime Minister Narendra Modi December 24, 2020 inaugurated the centenary ceremony of Visva Bharati University. “Guided by Gurudev, Visva Bharati presented a strong image of Indian nationalist sentiment during the freedom movement. Gurudev wanted the entire humanity to benefit from India’s spiritual awakening. The vision for Atmanirbhar Bharat is also a derivative of this sentiment,” said Modi, also the chancellor of the varsity.

But how would ‘Gurudev’ Rabindranath Tagore, who conceptualised and founded Visva Bharati as an embodiment of his philosophy, have reacted to the National Educational Policy 2020 (NEP) propagated by Modi’s government?

Modi talked of a “big role” for Visva Bharati vis-à-vis NEP; but is his government following Tagore’s path? Does Modi’s association of ‘nationalism’, ‘spirituality’ and ‘atmanirbhar’ (self-dependent) with Tagore pass muster?

SC: PM Modi associated the NEP with the founder of Visva Bharati. How do you think Tagore would have taken NEP?

PS: As far as I have read the new education policy, I have understood that Rabindranath Tagore’s ideology has not been an inspiration for it at all. He always believed in an education system where children could make merry, laugh and play; where they would learn to paint and sing and dance — even in the senior classes — along with studying. 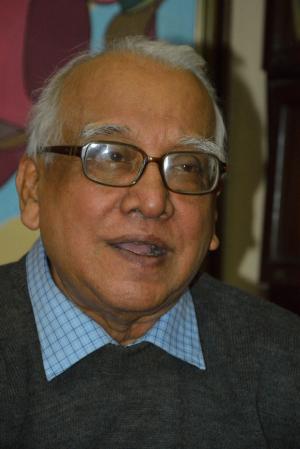 He never thought of a system like the NEP. He thought of a natural ambience for studies — not within classrooms but under the trees.

In this NEP, with an emphasis on teaching more, the happiness Rabindranath always dreamt of and associated with studies will be completely lost. Had those running the current Union Government understood his education system, they would have known that it is about that happiness — amid a natural ambience with different creative activities round the year, full with festivities.

As far as I have read the 2020 education policy, those are not mentioned anywhere.

I doubt how much the proposed division in education system would help develop the system. I don’t feel the decision to assign less importance to Class 10 examinations would help students.

Many cannot study after that level. A certificate of passing Class 10 often helps them find a job. But now there would be no certificate for Class 10, but only for Class 12 — that means two years deducted from someone’s professional life.

The decision to guide students from Class 6 towards technical education will destroy the base of basic education. It will mean that the future workers would lack strong basic education: They would study it until Class 5 or 6, but would not learn history, geography or general science, which are important to grow in life.

SC: Tagore’s education system is also about inclusion — where education could reach every strata of the society. Do you think the proposed policy follows that idea?

On the one hand, one has to arrange for finances in the new system and on the other a child has to be taken to school at the age of three. This is horrible. Be it at the Anganwadi or ‘pre-primaries’, I feel this is an unwanted interference in a child’s childhood.

Nothing has been told about privatisation of education; nor about how much responsibility the government will bear, especially at the junior classes.

SC: The PM said the vision of ‘Atmanirbhar Bharat’ is inspired by Tagore. How do you see it?

PS: Rabindranath spoke of ‘atmanirbharata’ (self-dependence), but the context was different. In one of his essays around education he wrote it was necessary to maintain a connection with the whole world.

He believed ‘atmanirbharata’ does not always mean that we should produce everything ourselves; depending on the economics, if another country offers us something important or necessary cheaper, we should accept it. This is important for international economy and business where everybody depends on each other.

I feel now ‘atmanirbharata’ is a mere slogan. Is it possible for a country to produce everything? Do we have the required infrastructure, environment or skill? Of course, there is scope in some areas to be self-sufficient; not that the government thinks so.

SC: This government has done so in the past and Modi again mentioned Tagore being an inspiration for ‘nationalism’.

PS: (Before the question was complete) This government hasn’t understood the sense in which Rabindranath used the term ‘nationalism’. He was completely against narrow nationalism.

In the song Janaganamana this message is there: That every nation will come here and only then can a country prosper.

SC: What do you think of Modi talking about following Tagore’s ‘spiritualism’?

I feel at the verge of his life Tagore did not believe in divinity; it had gradually decreased. So, his spirituality meant humanity — all human beings are one and same.

Even in his last song, he talked about human beings coming from all across the globe; human beings only. He believed that all human beings — not from any certain religion or caste — would save the world from the crisis of civilization.

So, if he interprets Tagore’s spirituality as something related to God or divinity, the PM has understood it completely wrong.