Ben Simasiku, an ivory smuggler, was arrested after Interpol included his name its first ever environmental offenders’ list issued on November 17 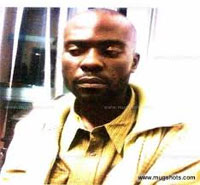 The first-ever public appeal issued by Interpol, seeking help to nab the world’s “most wanted” environmental criminals a month ago, led to the first big catch recently when one of the offenders featuring in the list was arrested in Zambia.

According to a report on British daily, The Guardian, Ben Simasiku, a 31-year-old suspected ivory smuggler, was captured by the Zambia Wildlife Authority’s (ZAWA’s) intelligence and investigations unit on December 2, and will face trial in Zambia.

Simasiku had been on the run since a shoot-out between wildlife officials and 13 alleged poachers in Botswana’s Chobe National Park, on the Zambian border in July, according to the report. One suspected poacher was killed in the gunfight.

Stefano Carvelli, the head of Interpol’s fugitive investigative support unit, told the Guardian: “Since we launched our global public appeal for information, Interpol has received many tips regarding the fugitives. The arrest of Ben Simasiku highlights the important role the public can play in helping police locate them. We encourage people worldwide to remain vigilant and to assist in bringing the remaining fugitives to justice.”

“The Zambian authorities are to be congratulated for acting quickly and capturing this criminal,” said Nathan Gichohi, an officer for the African Wildlife Foundation. “It is important we focus on stopping the middlemen, traffickers and kingpins of the ivory and rhino horn trade as much as the poachers.”

Interpol’s list and its appeal to the general public for information about the whereabouts of the criminals that came out on November 17, followed an inquiry into the whereabouts of 139 suspects wanted by 36 countries. The investigation was code-named “Operation Infra-Terra” and was launched on October 6.