Are our budgets participatory? 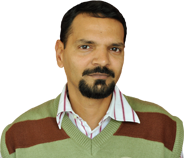 The Union budget is as elusive as the Holy Grail before it is presented. It evolves under a veil of secrecy for six months before it is tabled in Lok Sabha. The Union Cabinet gets to see it just a few hours before it is tabled.  The Union budget accounts for close to 50 per cent of all budgets in the country. Union finance minister Pranab Mukherjee wants to make the budget what such a public affair ought to be: transparent and participatory. For the past three years he has been taking pride in “reforming” the budget-making exercise. He has been speaking to persons from civil society to get inputs for the budget.

In January last year,  the Open Budget Survey of the International Budget Partnership (a coalition of 94 organisations from as many countries, which surveys national budgets across the globe on transparency and public participation) rated India “significant” in terms of these parameters. The survey comes every second year. Going by its rating, India's openness in budget-making has improved from a score of 53 per cent in 2006 to the current 67 per cent.

It is, thus, prudent to understand these “significant” changes in India's budget-making process. But first a few pertinent questions: why and for what purpose does the finance minister meet these groups? Do these meetings really influence the budget outcome? Have the groups/individuals enough prior budget related information to influence such a critical instrument? Is the time for such meetings right and ripe for influencing the budget outcome? The answers to these questions challenge both the finance minister's claim and the survey finding on India's openness in budget making. Let's understand why it is so.

A budget cycle involves four stages: budget formulation, enactment, implementation and its audit. Subrat Das, executive director of Delhi-based Centre for Budget and Governance Accountability, a non-profit that tracks the Union budget process, says, “The scope for public influence is non-existent in the first two and the last stages. It is only in the implementation stage that there are very few options for influencing.” Of these, the budget formulation is the most secretive stage. The finance minister's consultation with public and various groups is supposed to get feedback for this stage.

The process of budget starts in September with the finance minister issuing the budget circular. This seeks revenue and expenditure estimates from different departments. This is the stage where one can effectively influence the budget; after this stage, it will be really difficult to get information or to get noticed in the complex process. But at this stage there is no government consultation. Usually, the finance minister meets people in January. By this time, the finance ministry already has the expenditure estimates. It works on the revenue side (like taxation). Thus for the industry representatives this is the best time to meet the minister and influence the budget. Their concerns as we know is tax cuts. Many groups trying to influence the ministries for changes in budgets also don't have much scope for negotiation. This is because, in February the finance ministry and the Planning Commission allocate money for various schemes suggested. Here, even the line ministries are not kept in the loop. So, the finance minister's consultation with civil society groups at this stage is more of a cosmetic exercise.

84 per cent demand for grants not discussed

Moving to India's “significant” rating in the open budget survey, it is a skewed calculation. The parameters for this survey are: availability and production of budget documents, legislative scrutiny and audit mechanism. India scores very high on the first parameter. This is because we do prepare and produce budget documents. This doesn't mean people had a say in them. Moreover, the increase in rating is due to another legislation called the Fiscal Responsibility and Budget Management (FRBM) Act, in implementation since 2004. This Act makes it possible for many documents and statements to be put in public domain.

However, the survey rates India as “moderate” in legislative scrutiny of the budget. This rating puts India on the same level as Rwanda and Afghanistan. This is interesting given our tag of “largest and thriving democracy”. And remember Parliament can only approve the budget.

Parliament doesn't get much time or scope to influence the budget. Ideally, in a democratic set up, legislative scrutiny of budget is con Fiscal Responsibility and Budget Management (FRBM) Act sidered equal to public scrutiny. But looking at the budget sessions, Parliament gets around 30-35 days to discuss the budget with 105 demands for grants. Ideally each of them should have been discussed threadbare. But often Lok Sabha gets to discuss four to five of such demands and the rest are just bundled together for voting in a parliamentary practice called “guillotine”. For the 2010-11 budget, the demands for grants of three ministries accounting just 16 per cent of total funds to be voted by parliament for 2010-11, were discussed in detail.  The balance 84 per cent were “guillotined”.