11 hectares of Lavasa project land to be restored to tribals 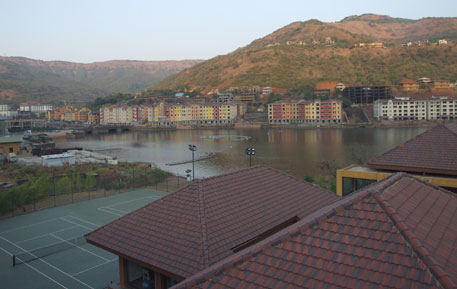 Tribals whose land has been notified for developing the Lavasa hill city in Pune district have won a major victory. The sub divisional officer of Maval in Pune district ordered that 11-hectares of land falling within the area notified for the hill city project be restored to two tribals of Mugaon village. Lavasa, the first planned hill station city since Independence, is being developed by Lavasa Corporation Limited (LCL). The company has been given special planning authority status to develop the city under the Hill Station Policy of the government of Maharashtra.

The SDO ordered that land belonging to Shravan Bhima Jadhav (survey number 50/5) and Raya Bhau Katkar (survey number 50/4), should be restored soon. The decision has cleared the way for 15 other people who want their land to be returned. The SDO had initiated an inquiry into land dealings in the region following a complaint by social activist Medha Patkar and others, demanding inquiry into irregularities in land acquisition by LCL in Mulshi and Velhe talukas of Pune district.

The revenue and forest department of Maharashtra appointed the SDO of Maval as inquiry officer on January 7, 2011. During the hearing, it was established that the land was purchased fraudulently from the tribals. SDO Sanjay Patil ordered that since the land dealing was in violation of laws, it should be taken over by the tehsildar of Mulshi.

When contacted, a Lavasa spokesperson said that the company had nothing to do with the disputed land. “In the two cases the SDO has found that the land belonged to the tribals and they were transferred without the permission of the Collector. Hence, they were resumed or forfeited by the government. Lavasa Corporation Limited neither owned these lands nor did it have any interest in them.”

Suniti S R of National Alliance of People’s Movement (NAPM) says the disputed land is “well within the area notified for the hill city project, and majority of the land surrounding disputed land has already been acquired by the company.”

“In all, 17 tribals had filed an appeal with the district collector to get their land back. As per rules, the collector had asked the applicants to prove that they were tribals and produce domicile certificates to corroborate the claim. Two out of 17 people had all the documents to prove their claim and subsequently got their land back,” says Vishwambhar Chaudhari of NAPM. He adds that about 2,421.11 ha of land acquired for the project belongs to tribals.