2014 was the UK’s warmest year on record

It was also the fourth wettest year in records dating back to 1910, the UK Met office said 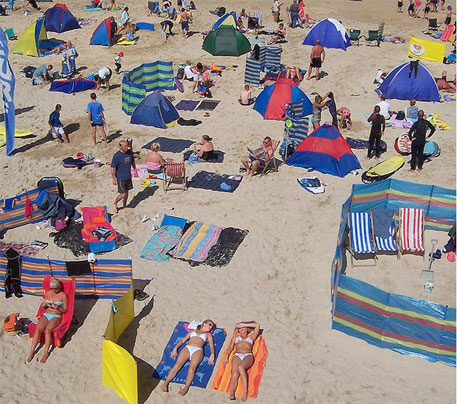 Year 2014 was the warmest in the United Kingdom according to figures from the nation’s Meteorological Department, a report in British daily, The Guardian said recently.

The average temperature for the year was 9.9 °C, some 1.1 °C above the long term average, and making it warmer than the previous record year of 2006.
It was also the fourth wettest year in records dating back to 1910, the Met office said.

The figures for 2014 mean that eight of the UK’s top 10 warmest years have occurred since 2002, the weather and climate experts said.

Across the UK, it was the warmest year on record for all countries and regions apart from Northern Ireland, which had its third warmest year behind 2007 and 2006, the figures show.
There were no record-breaking hot months in 2014, but temperatures were consistently warm with only August experiencing below average temperatures.

The report quoted Bob Ward, policy and communications director at the Grantham Research Institute on Climate Change and the Environment, London School of Economics (LSE) as saying that the record temperatures in 2014 were “part of a pattern”, with most of the hottest and wettest years occurring since 2000.

“This is clear evidence of the impact of man-made climate change on the UK,” Ward said.

“However, the latest assessment by the independent Committee on Climate Change shows that the UK public is largely unaware of how climate change is affecting their exposure and vulnerability to extreme weather events.

“The lack of awareness of the UK public of how climate change is already affecting them represents a colossal failure by the government and its agencies, including the Environment Agency and the Met Office, to communicate with the public about this issue.”