Ichalkaranji does not have the facilities to care for the 3,500 persons taken ill by Hepatitis E 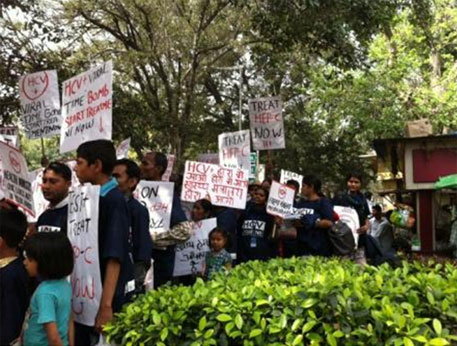 Textile city Ichalkaranji in Kolhapur district, also known as the Manchester of Maharashtra, is reeling under a jaundice epidemic. Around two dozen people have succumbed to the Hepatitis E outbreak caused due contamination of water by sewage over the last month.

What is more worrisome is that the town is not ready to handle an epidemic of this scale. According to sources, 3,500 people in the region are affected by jaundice and most hospitals in the town do not have ICU equipped to take care of critical patients. These patients have to be rushed to either Kolhapur or Sangli for treatment. Both the cities are around 50 km from Ichalkaranji. 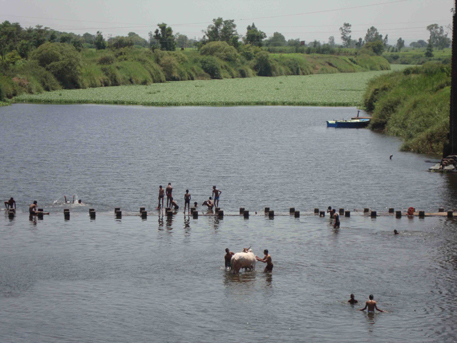 The reason behind the outbreak, authorities say, is callous attitude of the Ichalkaranji Municipal Council. “We had already alarmed the civic authorities about the contamination of drinking water being supplied to the town. But nothing was done in this regard, which is the root cause of the epidemic,” says H S Doke, regional officer of Maharashtra Pollution Control Board (MPCB), Kolhapur.  An inquiry by the department revealed that untreated sewage water was released into the Panchaganga river, the source of drinking water to the town. “Sewage water was getting mixed with drinking water. The same was being supplied to some of the areas of the town,” Doke adds.

Lab tests confirm this. Scientists at the National Institute of Virology (NIV) at Pune who collected blood samples from 80 people in Ichalkaranji confirmed Hepatitis E in more than 90 per cent of the samples. Only four out of 80 samples tested negative for Hepatitis E and there was no other infection found in the samples. “The water samples taken from few places in water supply line had faecal contamination,” says Vidya Arankalle, senior deputy director and head, hepatitis division, NIV.

The Kolhapur regional office of MPCB has already initiated criminal action against the officials of Ichalkaranji Municipal Council for violation of Environment Protection Act and Water (Prevention and Control of Pollution) Act. This is not the first time that the Council has been indicted. According to sources, MPCB had initiated similar action against the civic authority in 2004. The case is still pending before the Ichalkaranji magistrate.

Activists say that the administration turned a deaf ear to complaints in the starting and sprang to action only when people died. “Initially, when people complained of health problems with clinical symptoms of jaundice, the civic administration did not act. It was only after the death of several people that the administration accepted the fact on May 14,” says Prasad Kulkarni, general secretary of local social organisation Samajwadi Prabodhini.  They became more active after the visit of chief minister Prithviraj Chavan. “The entire machinery jumped into action and started daily check up of people as well as inspection of water pipelines in the town,” he adds. The chief minister has announced ex-gratia of Rs 2 lakh to the relatives of the deceased.

The civic administration is now inspecting water pipelines on a war footing scale. As a part of prevention measures, all the underground water pipelines in the town are being inspected to detect leakages. “The drive will certainly expose the leakages but there are no adequate facilities to decontaminate them. The administration is clueless about the scientific and in-depth study of the pollution in the Panchaganga river,” Kulkarni says.

Moreover, the authorities at the health department are meeting people and creating awareness about water purification before use. “We have started door to door survey for identification of Hepatitis E patients. Since pregnant women are at high risk, especially in third trimester, we are taking extra precaution to provide health care facilities to such women by advising them hospitalisation,” says Archana Patil director of health services with government of Maharashtra. She adds that special wards have been started for pregnant women at Indira Gandhi Memorial Hospital, Chhatrapati Pramilaraje Rugnalaya and D Y Patil Hospital in Ichalkaranji and Kolhapur.

Alert downstream of the river

The civic administration of Belgaum, the neighbouring district in Karnataka, has, meanwhile, appealed to people living on the banks of the Krishna, Doodhganga and Vedganga not to use water from the rivers without boiling it. Panchaganga meets the Krishna near Narsinhwadi of Kolhapur district. The river further meets Vedganga and Doodhganga near Kallol barrage in Belgaum district. Hence, these river waters could be contaminated. A 24-year-old woman from Shidikurbeti village of Gokak taluka in Belgaum district, who visited Ichalkaranji early this month, reportedly died from Hepatitis E on June 11.

Ichalkaranji town receives around 80 per cent of water supply from the Krishna river and rest from the Panchaganga. “The water supply from Krishna was completely stopped from April due to repairs and maintenance of pipeline. As a result, the town was forced to depend on the highly polluted Panchaganga for all the water that needed,” Kulkarni adds.