DNA sampling shows how the birds evolved and colonised niches, leaving no room for migrant species and slowing diversification 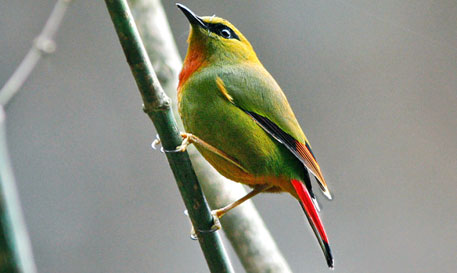 The eastern part of the Himalayas mountains has a rich biodiversity of about 360 species of songbirds, which are unique to this region and not found anywhere else in the globe. This makes the region extending from eastern Nepal to the borderlands of China, India and Myanmar, one of the most important biodiversity hot spots for birds in the western hemisphere.

A recent study published in the journal Nature describes how these species evolved in this region millions of years ago and are different from each other and from song birds in other parts of the world through their DNA sampling.

Songbirds are unique in the way their vocal organs are developed to produce a variety of bird songs which are different from bird calls used for alarms and contacting other birds for migration. These songs are used for sending signals of presence of other individuals in their territory and also communicate sexual intentions to other birds.

The research paper, published in April this year, explains that when the Himalayan mountains were formed, they provided certain favourable ecological environment for these species to occupy. “As the Himalayan mountain range was formed, a profusion of completely different ecological niches were created. A wide variety of different songbird species were able to colonise these niches,” explains Jochen Martens, professor of Johannes Gutenberg University Mainz (JGU) in Germany, who has been conducting research along with other scientists from India, China and Sweden, for over 45 years in the Himalayan region. 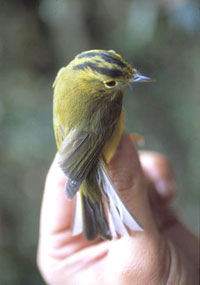 The scientists sampled and analysed the DNA of all the songbirds found in the Himalayas and were surprised to see the relatively large differences in the genetic makeup even between species which seemed closely related and often have an very similar appearance. They found that on average, each bird species separated from their closest relative six to seven million years ago.

The research team concluded that once these species of song birds acquired the ranges in the eastern Himalaya, the habitat got saturated and barely any new ecological niches were available for new species. Over the past million years, new bird species have evolved, such as those found in Southeast Asia, China, and Siberia. However, almost none of these have migrated to eastern Himalaya. The team of researchers headed by  Trevor Price, professor at the University of Chicago, and Dhananjai Mohan of the Indian Forest Service, identify the reason for lack of migration—expansion of a species cannot occur when there are no suitable ecological habitats available for the species to spread.

While the scientists agree that the eastern Himalaya on the borderlands of India, China, and Myanmar is an area of unique genetic diversity with regard to birds, they hope that their findings on songbirds will help stimulate research into other groups of animals, such as reptiles and mammals, in this biodiversity hot spots.