60 YEARS OF SCALING MOUNT EVEREST
8,000 metre high junkyard
The poet’s muse and the mountaineer’s ultimate goal is slowly turning into an environmentalist’s nightmare
Author: Arnab Pratim Dutta
Till 1953, no human had set foot on top of Mount Everest. Then on May 29, Edmund Hillary and Tenzin Norgay did what was once considered impossible. This year, more than 600 climbers tried to reach the summit, and a majority of them did. The trickle has now turned into a deluge. The fascination of planting a flag wrapped around an ice-axe on the highest point in the world is growing everyday.

A mountaineer has to not only haul his or her own weight but also lug the climbing gear, which sometimes weighs nearly as much as the person. Going up the mountain with this weight is one thing but descending can be a major challenge. As climbers move slowly from one camp to the next, they gradually begin to shed weight.

Plastic wrappers of chocolates and packets of rice noodles are the first to be discarded on these icy slopes. Metal objects like utensils and gas cylinders are also shed along the way. Inner garments, which are drenched by insulated sweat, are a big discomfort for climbers and are also sometimes shed on the way to the top of the world.

This makes Everest the highest dump yard in the world. On the 60th anniversary of Edmund Hillary and Tenzin Norgay’s first successful attempt to scale Everest, Down To Earth zooms into this fascinating peak to look at what makes it an ecological mess. 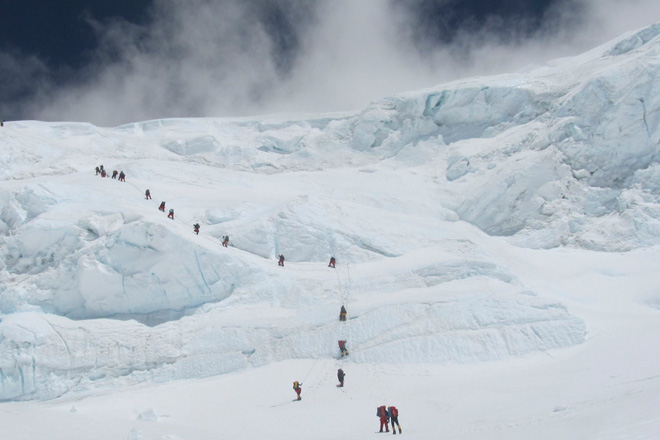 Till turn of the 21st century, 813 mountaineers were successful in reaching Everest’s summit. Post 2000, their number increased dramatically (Photograph by Kami Sherpa) 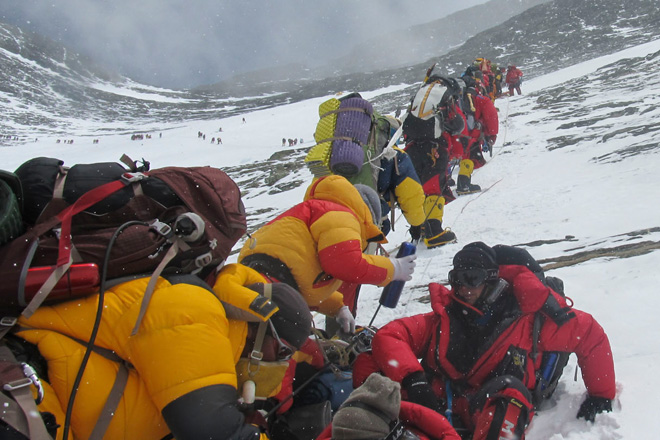 Carrying heavy loads while climbing is difficult, descending with the load is tougher. Most mountaineers tend to discard things they don’t need on their way down (Photograph by Kami Sherpa)
From trickle to flood
Mount Everest towers above all other mountains, shrouded in white, mystical clouds. Sagarmatha or head of the sky, as it is known in Nepal, is every mountaineer’s dream; reaching its summit is a dream come true.

Till the middle of the 20th century, the peak was insurmountable. In 1924, British master climber George Mallory along with Andrew Irvine never returned from these slopes to narrate their experience. It was only in May 29, 1953, that a New Zealander, Edmund Hillary and a Nepali Sherpa, Tenzin Norgay, planted their pick-axes on its summit. This was history. The duo announced to the world that Everest was doable. They were followed by a trickle of summiteers; over the decades this trickle has turned into a great flood.

Climbing data shows that more and more people are trying set foot atop Everest. Till the turn of the 21st century, 813 mountaineers were successful in reaching the top. Post 2000, the stream of visitors has increased dramatically. On May 19, 2012, Everest saw as many as 234 climbers snake up to the peak on a single day This was more than the total number of climbers in the first 34 years following the first conquest over the peak.
Interactive: Take mouse over bars
Interactive: Take mouse over bubbles, double click on continents to zoom
Climbers from different countries
The size of bubbles is proportional to the number of people from a country who scaled the Everest
Who will clean up?
The data for 2013 is still being compiled, but Ang Tsering Sherpa, former president and now a member of Nepal Mountaineering association, says that more 600 climbers scaled Everest this year. “About 512 approached from the popular southern side while the rest from the northern side of the peak,” says Sherpa, who has himself taken part in a few Everest expeditions.

Prithvi Singh Chahel became one of the youngest in the world to reach the top. Chahel along with his mates from a Lawrence School, Sanawar, is the only school team to have reached the mount’s peak. Chahel recounts with pride the heady mix of extreme adventure and physical endurance he experienced, but he is also saddened by some of the scenes that he witnessed.

“To reach the summit, I had to overtake eight other climbers,” recounts Chahel, which he says is extremely dangerous. But more than the number of climbers, what irked him the most was the litter he saw on the way. “At camp 4 (26,000 feet), before we made the final ascent, the ground is a literal junkyard,” he says. Chahel saw plastic chocolate and rice noodle wrappers, discarded oxygen cylinders, undergarments, utensils and ropes.

Chahel’s observations are confirmed by a Nepali and Indian Army joint expedition to Everest that reached the summit a day before the school team did. This 20 member team collected more than four tonnes of garbage on their way back. Of this, 2.2 tonnes was biodegradable garbage and 1.8 tonnes was non-biodegradable, said a Nepali army press-release.

Chahel himself was in two minds whether to carry the extra load back. “Coming down with weight on you back is harder than going up. Lot of people leave the unessential weight behind,” he says.
“There is talk in the ministry of banning climbers for a year or two”
Kami Sherpa, climbed Mount Everest 15 times
Narayan Dhaka, executive director of Eco Himal, an organisation that collects waste from Everest's slopes says that when the snow thaws, the garbage left by climbers gets exposed. “We collect the garbage from areas between the base camp and 2nd camp (about 17,000 feet to 21,000 feet). Most of this garbage has been left by climbers who ascended the mountain before the mid-1990’s,” he says. The climbers are now more careful to get back what they take up,” he says.

Eco Himal has so far collected close to eight tonnes of waste from these icy slopes over two years, employing 75 yaks and 65 porters to do the job.

But the waste problem is not going away, says an Indian climber, who does not want to be named. “We have to register all the climbing gear and food supplies, with the Sagarmatha Pollution Committee, based in Namche Bazar, before we go climbing,” he says. When the teams return, the waste has to tally with the original list, after which the committee gives a garbage clearance letter. “But this is only a formality. Nobody does a thorough check of the waste that is brought back,” the climber says.

Everest has not just remained the world’s highest peak, it has earned a new sobriquet–the world’s highest junkyard. The highest peak traditionally could make an adventure seeker salivate; a mountaineer go weak in his knees and inspire a writer to rekindle his imagination. But now slowly it is also giving environmentalists nightmares.
Can Nepal afford to ban climbers?
“Everest is attached to local livelihood and Nepalese tourism industry”
Ang Tshering Sherpa, former president, Nepal Mountaineering Association
PHOTO GALLERY
Snapshots of Everest diamond jubilee celebrations
The Nepal government organised a series of functions in May end to mark the 60th anniversary of the first successful expedition to the Everest summit (Photographs by Rajneesh bhandari) 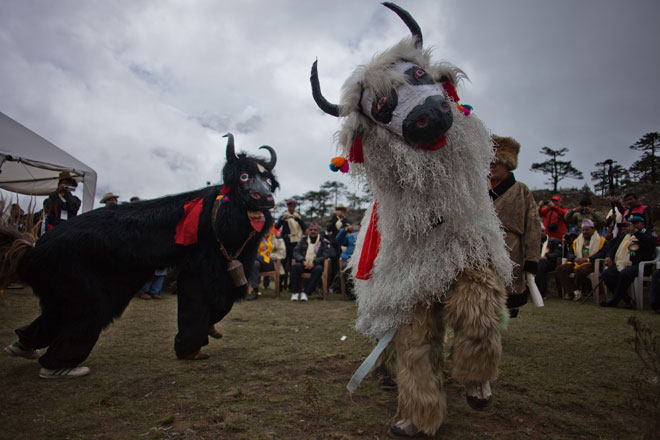 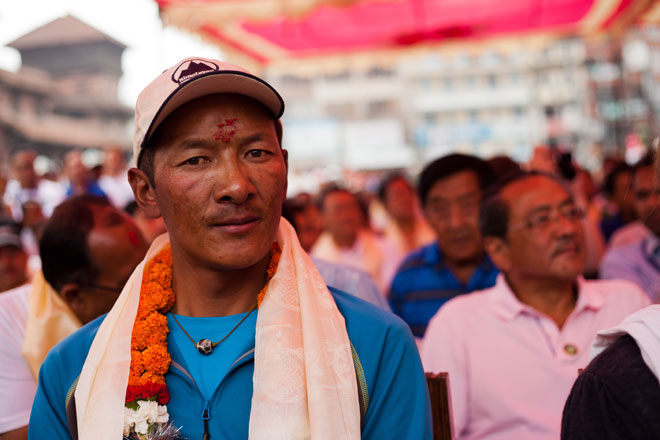 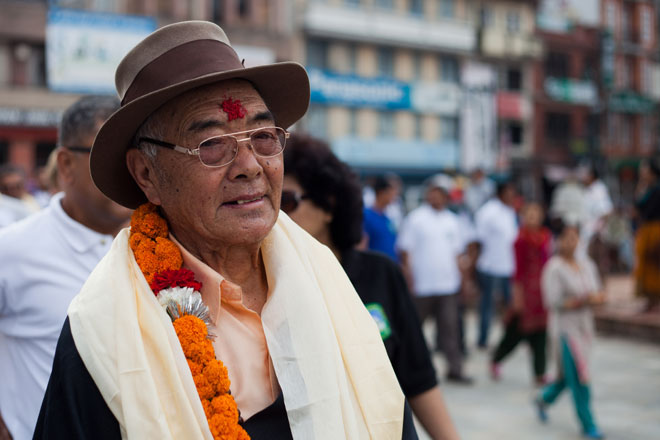 Kancha Sherpa, the only survivor of 1953 Mount Everest expedition 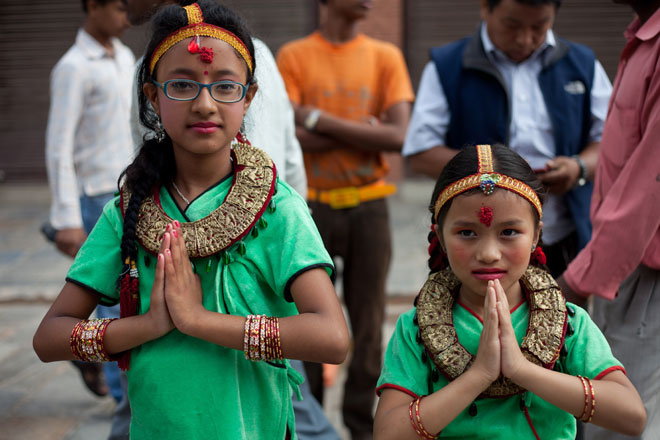 Young girls welcome climbers in Kathmandu to the jubilee celebrations 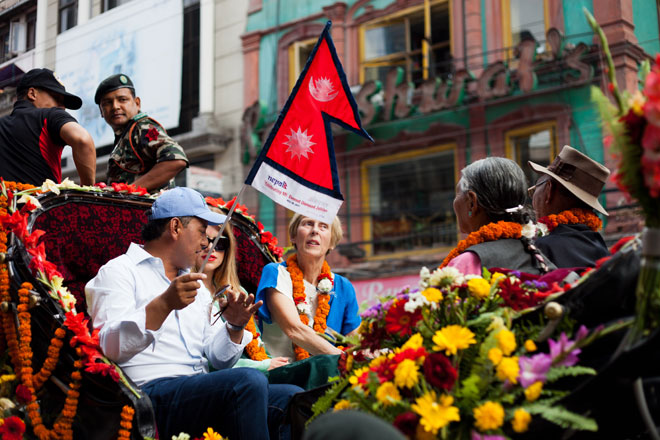 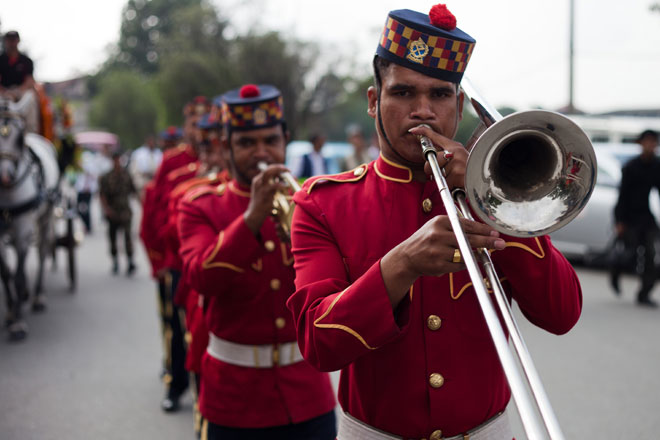 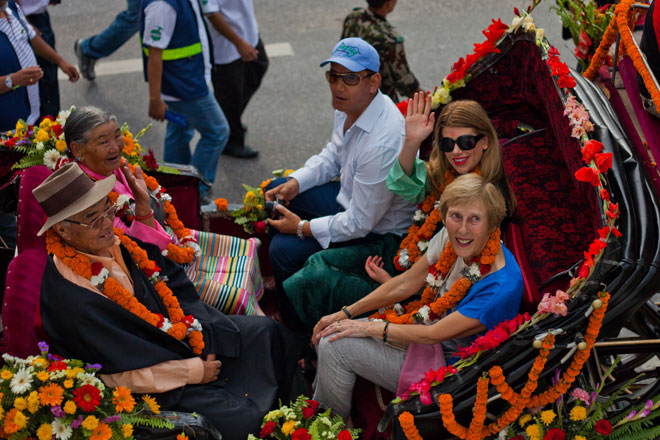 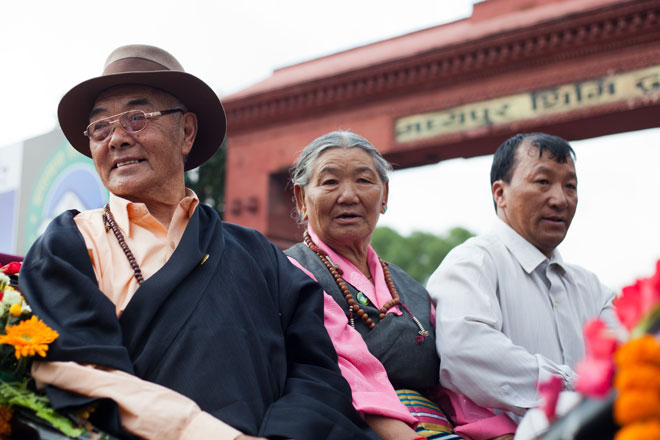 Kancha Sherpa (left), the only survivor of 1953 Mount Everest expedition, and Kame Sherpa (right), who reached the summit three times in nine days in 2012 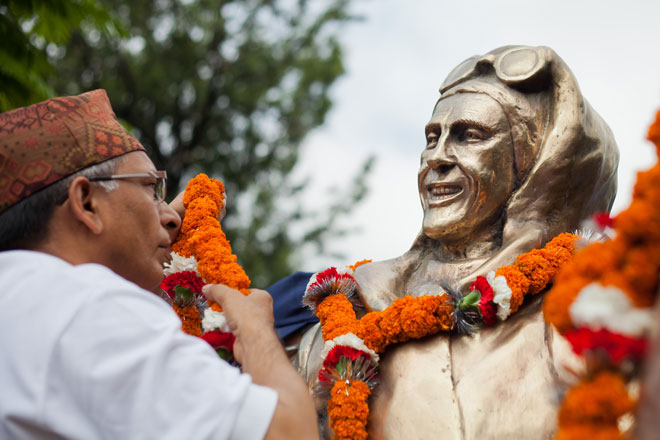 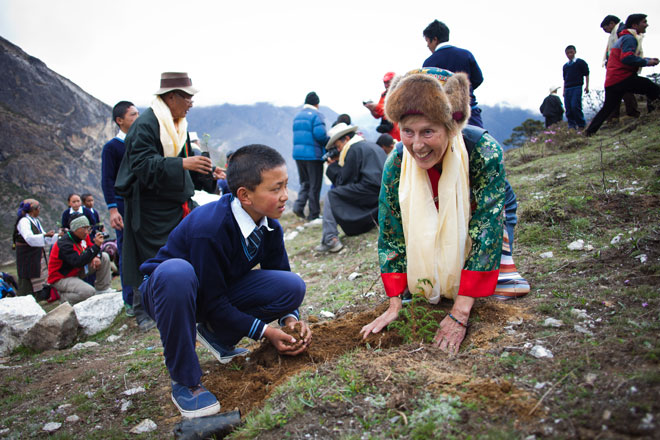 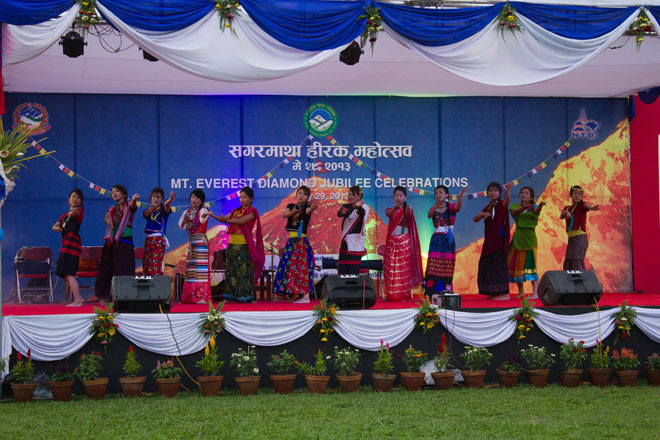 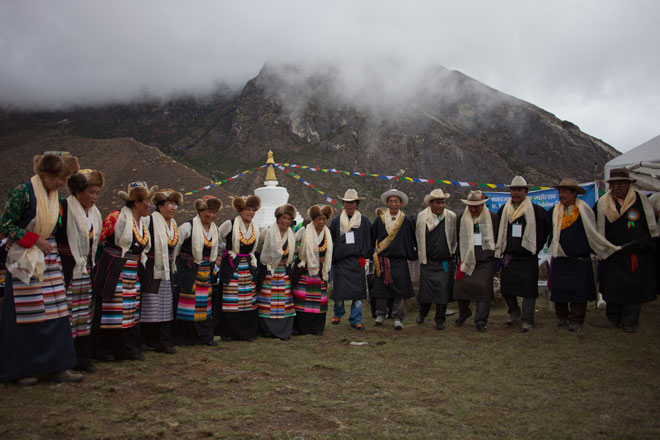