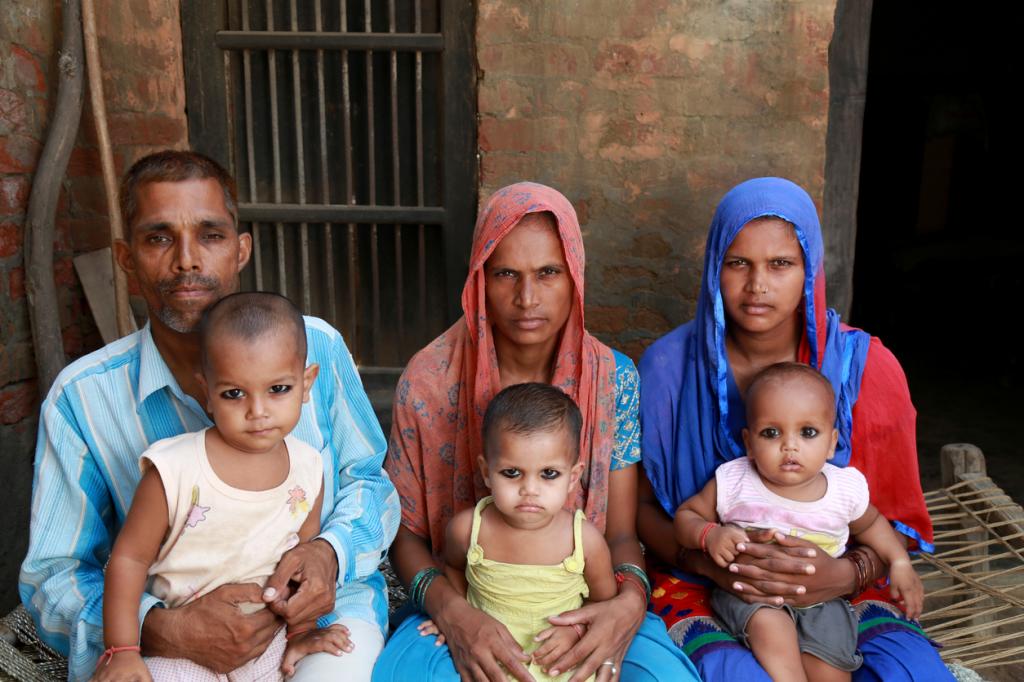 On June 11, some 600 tribal men and women from Alluri Sitharamaraju district in Andhra Pradesh were reportedly taken to a private hospital in Visakhapatnam for family-planning surgery.

Dora told Down To Earth (DTE) that all the people, a majority of from Particularly Vulnerable Tribal Groups (PVTG) such as Kondu, Bagatha, Koraja and Valmiki, were discharged following ITDA's intervention on June 16. By then, at least 129 people had undergone the sterilisation surgery.

Hospital authorities, however, denied the claim.

ITDA Project Director Ronanki Gopalakrishna has taken note of the situation. “We have ordered an inquiry headed by Visweswara Rao Naidu, the District Tuberculosis Control Officer, and expect the report to be submitted soon,” he told DTE.

Andhra Pradesh Adivasi Joint Action Committee has raised several concerns about the incident. For instance, people were shifted from one facility to another and medical protocols were not followed.

But its biggest concern is most of the people taken to the hospital for sterilisation surgery belong to PVTGs. In Andhra Pradesh, these communities are prohibited from availing surgical procedures for family planning to avert a decline in their population.

Till a few decades ago, several states had similar policies in place for PVTGs to improve their fertility rate. “The decline in tribal population at the time was because their life expectancy was poor,” said Sulakshana Nandi, national joint convenor of Jan Swasthya Abhiyan, a network of civil society groups and people's movements working for health rights.

Health and tribal activists have thus been speaking against such restrictions for years. Vandana Prasad, a community paediatrician with the Public Health Resource Network in Delhi, said population indicators cannot dictate access to family planning facilities.

Denying already marginalised communities access to family planning surgeries can have serious implications. A 2018 paper on denying contraceptive services to Chhattisgarh’s Baiga community notes that numbers of pregnancies and living children suggest a connection between sterilisation restriction and mortality. The study, published in Reproductive Health Matters, did not directly assess the connection.

Chhattisgarh, which is home to a significant number of PVTGs repealed a 40-year-old order in 2018 denying access to sterilisation for the communities. The 1979 order, passed in undivided Madhya Pradesh, prohibited sterilisation for nine tribes due to their dwindling population. PVTGs could not be forced or incentivised for surgery.

The order gave a list of 26 blocks where tribes needed permission for the procedure. In 2017, Madhya Pradesh also declared that the Baiga community, a PVTG, could undergo sterilisation surgeries with permission from the block development assistant. PVTGs in both states can also avail temporary contraceptives (condoms and medication).

But even now, surgeries remain out of reach in both the states. Thirty-year-old Dukhia, a resident of Mungeli district and a member of the Baiga community, is a mother of three. Her fourth child, born earlier this year, died within a month.

Dukhia is highly anaemic. In late 2020, she visited the local community health centre (chc) and requested permanent contraception after the birth of her third child.

She claimed she was denied because of her PVTG status. “Having a child or not should be my decision. We are labourers. I do not have the means to raise so many children.”

Baisakhiya, a resident of Anuppur district in Madhya Pradesh, is just 28 years old and has five children, all of whom are malnourished. She works as a labourer and is the sole earning member of her family.

She too wanted permanent contraception. “I went to the local chc three to four times in the past three years. But every time they denied me the facility saying that I’m a Baiga woman.”

“CHCs claim to be unaware of changes to the 1979 order, and so are reluctant to conduct surgery,” said Harendra Singh Sijwali, coordinator for non-profit Jan Swasthya Sahyog, in Bilaspur, Chhattisgarh.

In recent years, people have resorted to unsafe methods to avail it. As the people of Madhya Pradesh and Chhattisgarh hope for changes on the ground soon, for the Malto tribe (also known as the Pahariya tribe) that live in Santhal Parganas region of Jharkhand, such respite is nowhere in sight.

The state, too, prohibits sterilisation for PVTGs. “Temporary contraceptives are available, but restriction on surgery is weakening the health of the Malto tribe," said Sujit Kumar Nayak, a project implementer at the Evangelical Fellowship of India Commission on Relief that works on development of poor and marginalised groups.

Nayak, who works in Pakur district of Jharkahand, says most pvtg children in the district are malnourished. Health conditions of mothers are also poor.

Poverty, poor access to healthcare and morbidity are among the reasons for the declining PVTG population, Prasad argued

The state should instead make family planning services available to the communities and educate them on good reproductive choices, he said.

(With inputs from G Ram Mohan in Andhra Pradesh.)