A new planning commission or an advisory body? 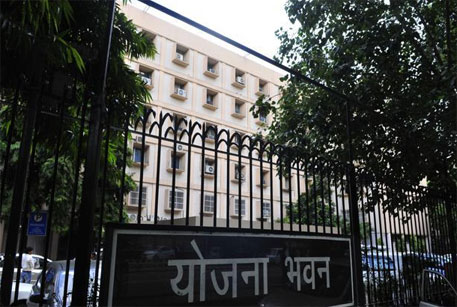 Since his government came to power in May this year, there have been speculations over the Planning Commission. Last month, things finally moved when Modi's office got feedback on an alternative institution. This happened for the first time after the Commission was set up through a Cabinet order on March 15, 1950.

Modi has promised that by October the details of the new body will presented before Parliament. Though it doesn't require any parliamentary approval, given the importance of the move, the government may just decide to seek its approval.

Former Planning Commission members, who spoke to Down To Earth, point at tentative structure of the new body.

First, the new body will not have any financial allocation power as it is with the outgoing body. States have been demanding that they must have autonomy over how to spend Central assistance and allocation. This is what Modi meant when he said that times have changed since the Commission was set up.

Second, the body will look at more administrative reforms to make delivery of development effective and efficient. In all probability, the new body will be attached to the expenditure department. Its role is going to be that of an expert body looking at specifics of delivery while giving powers to the states to decide on priority areas of expenditure.

Bank accounts for all

Modi's speech also touched on many other key development challenges; financial exclusion, for example. He has declared a Pradhan Mantri Jan Dhan Yojana to ensure a bank account for all. Financial inclusion has been a major focus area for the government and it has promised at least two accounts for every household.

The other big declaration is of a new Adarsh Gram Yojana. This seems to be a replication of a similar scheme in Gujarat. In fact, Maharashtra has one Adarsh Yojana scheme, based on the village development plan of Ralegaon Siddhi and initiated by Anna Hazare. Anna Hazare has been advising many states, including Gujarat, on such schemes.

Sanitation is another issue that the prime minister touched upon. He said it was matter of shame that people, especially girls and women, still defecate in the open as they have no toilets at home. Lack of sanitation continues to be an international embarrassment for the country and is attributed to high malnutrition rate in the country.