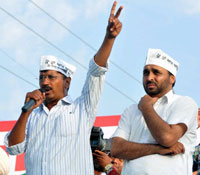 Winds of change seem to be blowing in Punjab with four aam aadmis (ordinary people) making it to the Lok Sabha. The 13-constituency state has given a big edge to Bhagwant Mann, an artist and comedian, Sadhu Singh, a retired professor, Dharavira Gandhi, a cardiologist and Harinder Singh Khalsa, a former bureaucrat, from four seats.

At the time of filing of this report, Bhagwant Mann was ahead of seasoned politician Sukhdev Singh Dhindsa by over 205,000 votes from Sangrur. Dhindsa is a sitting member of Parliament in Rajya Sabha and has been MP several times. He has also served as Union minister of sports, and chemicals and fertilisers under A B Vajpayee government from 2000 to 2004. 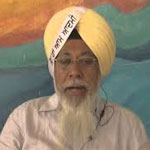 Similarly, in Faridkot constituency, 73-year-old retired teacher, Singh was well ahead of sitting member of Parliament, Paramjit Kaur Gulshan, by over 150,000 votes. Singh, a political greenhorn and a son of a weaver from Manuke village of Moga district, has taught as English lecturer for over 28 years before retiring in 1999. With no political affiliation, Singh had earlier stated in media that he was attracted to politics because of ideologies and policies of AAP, especially its campaign against corruption. For Singh, suffering of common man under the present system was the issue that forced him to join politics. 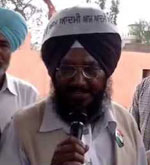 The other two seats where AAP is displacing Congress and Shiromani Akali Dal-BJP alliance are Patiala and Fatehgarh Sahib (SC seat). From Patiala, cardiologist Gandhi was ahead of Congress candidate and minister of state for external affairs, Perneet Kaur, and Congress-expelled SAD candidate Deepinder Singh Dhillon. Gandhi was leading by over 13,000 votes at last count.
The situation in Fatehgarh Sahib Constituency, which is reserved for Scheduled Castes, has voted in favour of AAP candidate Khalsa, who was a former foreign services bureaucrat. He was leading by over 53,000 votes against Congress candidate Sadhu Singh at last count. 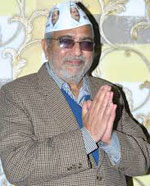 Till the filing of this report, AAP was leading in four constituencies, while Congress in three—Amritsar, Jalandhar and Ludhiana. In Amritsar, former Punjab chief minister Capt Amarinder Singh defeated BJP's seasoned politician and ace lawyer Arun Jaitley by around 100,000 votes. In Ludhiana, there seems to be a tough fight between sitting member of Parliament Ravneet Singh Bittu and AAP candidate H S Phoolka. Phoolka is a lawyer and has been fighting case of 1984-riot victims for over three decades now.