Loss of blood, anaemia and delay in medical care identified as major reasons for maternal deaths in India 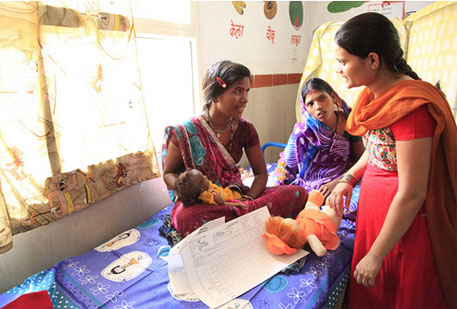 Non-profits and activists working in the area of maternal health have made recommendations on reducing maternal mortality in the country after a two-day conference in Delhi on January 5 and 6. The two main recommendations for reducing maternal mortality are: changing referral system in public health facilities to reduce delays and improving drinking water supply in remote areas, which can also reduce pregnancy-related complications.

The consultation, organised by CommonHealth, a national-level coalition of organisations and individuals, and non-profit Oxfam India, was part of a long-drawn process to understand maternal health issues. The process, called Dead Women Talking, aims to understand maternal health from a perspective of social determinants. As part of this, CommonHealth and Jan Swasthya Abhiyan, India chapter of People's Health Movement, released a study in November 2014—Dead Women Talking: a civil society report on maternal deaths in India. The report documents profiles and reasons in 124 maternal death cases in 31 districts of 10 states of India. Through in-depth interviews of four to five family members of each deceased, the report suggested some recommendations which were discussed during the two days of consultation, before the new set of suggestions were agreed to.

"In the present referral system, the patient is sent from a health facility to the next level of facility gradually. For example, they are referred from a primary health centre to community health centre and then to the district hospital, which leads to delays. Instead of this, the patient should be sent to the appropriate health facility directly, which will save crucial time," said spokesperson of CommonHealth. It was recommended that the staff in the ambulance should be trained to decide the appropriate health facility for a particular patient and that they should be given power to take the patient accordingly. This will reduce the time further.

The researchers of the report found that lack of drinking water supply is also considered one reason for ill health by people. Women, especially in tribal areas, have to walk up and down from the mountains to fetch water. This duty has to be performed multiple times a day even during pregnancy. Such hard work has potential to create complications during and after delivery.

"In most of the cases, simple interventions, like availability of blood, management of anaemia and proper referral system, could have saved lives. Our recommendations address such issues," said B Subha Sri, Chennai-based gynaecologist and member, CommonHealth.

Among the probable medical causes for maternal mortality, loss of blood and anaemia emerged as the biggest reasons, which can be treated with simple management. While 23 per cent of the deaths happened due to loss of blood following child-birth, nearly 18 per cent were due to anaemia.