Millions of people in Asia and Africa are undernourished and malnourished 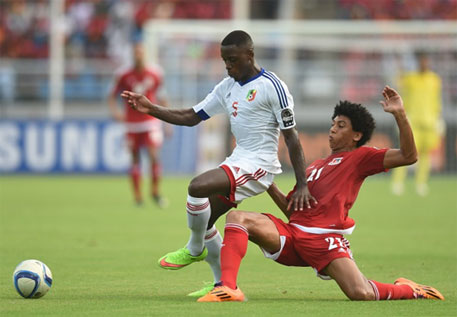 African countries have taken to football for a noble cause: to combat hunger in the continent by 2025.

The African Cup of Nations is part of the African Football Against Hunger initiative—a collaboration between the United Nation’s Food and Agriculture Organization (FAO) and the Confederation of African Football (CAF). Sixteen teams across Africa are participating in the tournament, which started on January 17 and will conclude on February 8.

In sub-Saharan Africa alone, 223 million people—or one in four—are undernourished. This is the highest prevalence of undernourishment in the world, according to The State of Food Insecurity Report, 2014. In September last year, government representatives and business leaders of African nations met in Addis Ababa, Ethiopia, for the Fourth African Green Revolution Forum where they discussed strategies to usher in a green revolution and improve food security in the continent. The Global Hunger Index Report, 2014, classifies the hunger problem in 16 African nations as “alarming” or “extremely alarming”.

“Football brings together people from all over the continent and that makes it the ideal platform to call for solidarity and bring people across Africa on board with our joint effort to raise the bar in the fight against hunger,” Mario Lubetkin, FAO’s director of communications, said during a press conference in Bata, Equatorial Guinea, on the eve of the tournament.

The African Cup of Nations takes place in a pivotal year as 2015 marks the end of the international Millennium Development Goals (MDGs). “This is the time for governments, institutions and civil society in the continent to come together and double down on efforts to make hunger history,” Lubetkin added. According to FAO, the vision of a food-secure Africa can only be realised with investments in agricultural development, strong social safety nets, rights to access land and water and support for small-scale farmers.

While Africa has adopted a sport to fight hunger, the Vietnamese government has launched the Zero Hunger Challenge (ZHC), in collaboration with FAO, to end hunger in the country by 2025. The challenge was formally launched by Prime Minister Nguyen Tan Dâ”¼Â®ng on January 14 in the presence of UN representatives, provincial leaders, civil society organisations and development partners.

“Zero hunger is an ambitious goal, but different countries around the world show that it is not an impossible dream. We welcome that Vietnam has joined the Zero Hunger Challenge—a challenge that all of us should answer, as individuals and collectively,” FAO Director-General José Graziano da Silva said in a press release.
Dâ”¼Â®ng added that his country’s participation in ZHC is not only an active response to a UN initiative, but also a practical move to further address poverty reduction, food security and nutrition in rural areas, especially in remote and isolated ones that are home to ethnic minorities and vulnerable groups.

Vietnam has already reduced the proportion of undernourished people by more than 70 per cent since 1990-92 and reached one MDG target, so zero hunger is not an impossible goal, says Hiroyuki Konuma, FAO assistant director-general and regional representative for Asia and the Pacific.