Africa loses more money than it gets in aid

While annual global aid is less than $30 billion, the continent incurs loss of $58 billion every year 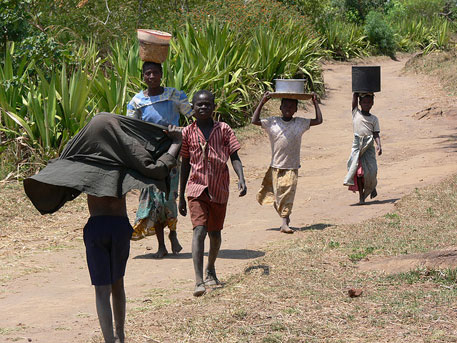 Africa loses $192 billion annually to the same countries that provide aid, says a new study. While the common perception is that Africa receives global aid, the truth is it is Africa that is aiding the rest of the world, says the executive summary of the report, titled “Honest accounts? The true story of Africa’s billion dollar losses”.

In his foreword to the report, HPA director Martin Drewry says the rich nations take much more from Africa than they give in aid, including through tax dodging, debt repayments, brain drain and the unfair costs of climate change.

Global aid to Africa amounts to less than $30 billion per year, so Africa suffers a net loss of $58 billion annually, the report states. Out of the $192 billion being drained out of the continent, profits made by multinational companies take up the highest share ($46.3 billion), followed by costs of climate change ($36.6 billion) and tax evasion and illegal financial flows ($35.3 billion). The report estimates that if this rate of plundering of resources from Africa continues, $580 billion will be taken from the African people over the next 10 years.

The study cites the double standards of the British Government, which has been widely praised for its charitable credentials in meeting its aid commitment. But it simultaneously presides over the world’s largest network of tax havens that enables the theft of billions of dollars from Africa each year.

Brain drain is another factor. The report says that the emigration rate of skilled professionals from Africa is almost double the global rate. The migration of health workers costs Africa $2 billion every year. The cost of adapting to climate change is no less. While Africa is responsible for less than four per cent of global greenhouse gas (GHG) emissions per year, it has to pay $10.6 billion annually to adapt to GHG emitted by the rest of the world.

The study concludes that inaccurate representations of aid and charity help to construct and cement power relations, which favours dominance of the North over the South, both of the government and its people. The money that is being drained out of Africa—$525.8 million every day—could be utilised on healthcare, education and clean water. The authors of the study call upon the world governments, particularly Britain, media and NGOs to stop misrepresenting Africa’s generosity and take steps to address the real causes of poverty in the continent.