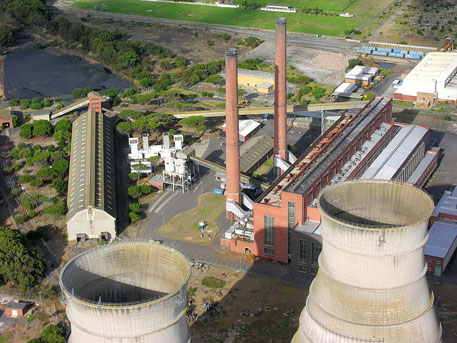 The UN chief also informed that agriculture still accounts for the major share of rural household income and employs over 60 per cent of Africa's labour force, particularly women. “Inclusive and sustainable industrialisation is a key stepping stone towards sustained economic growth, food security and poverty eradication in Africa,” he added.

The UN chief also assured that the UN is committed to promoting inclusive and sustainable industrial development in Africa and to contribute for an economically prosperous and socially integrated continent. In March 2014, the UN has already prioritised and detailed out its agenda for support under the New Partnership for Africa’s Development (NEPAD) programme.

Within the framework of the Second Industrial Development Decade for Africa (1991-2000), the UN General Assembly, in 1989, had proclaimed  November 20 as Africa Industrialization Day (resolution 44/237). The key objective behind this was to mobilise commitment of the international community for industrialisation of this continent.

On this day,  governments of many African governments and organisations gather to examine various different ways to stimulate the industrialisation process in Africa.

In June 2013, the 20th African Union (AU) Conference of African Ministers of Industry (CAMI 20), hosted by the Government of Kenya, had concluded with the important Nairobi CAMI-20 Declaration for accelerating industrialisation in Africa within the post-2015 declaration agenda.

To celebrate the day, this year the UN Industrial Development Organization (UNIDO) will host a symposium in Vienna on November 24, 2014 and showcase relevant actions and success stories that promote Africa’s industrial development.

The event will bring together representatives from diplomatic corporations, the private sector, non-governmental organisations and other relevant stakeholders.

Coherence between national and global players key to inclusive growth 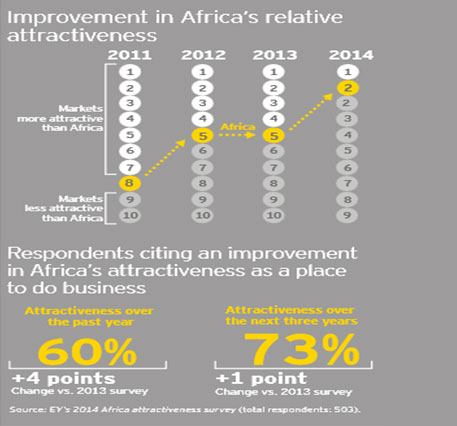 An analysis of United Nations Conference on Trade and Development (UNCTAD) FDI data reveals that companies that are already established in Africa continue to strengthen their presence and are reinvesting their profits for growth. At present, South Africa, Nigeria and Kenya, together with emerging high-growth economies, such as Ghana, Mozambique, Zambia, Tanzania and Uganda, are at the forefront of rising FDI levels.

Economic transformation of the region over the next 50 years, as an emerging economy with national and regional sustainable development goals is one of the key priority issues in the draft strategic plan of the African Union Agenda 2063.

It is also one of the four priority issues identified by African countries in the African common position on the post-2015 development agenda.

African policymakers and the global investors now need to adopt a coherent approach to promote investment and contributing effectively to driving economic transformation and growth in Africa that is also “inclusive and sustainable”.