Countries among those that emit least; 7 in Africa 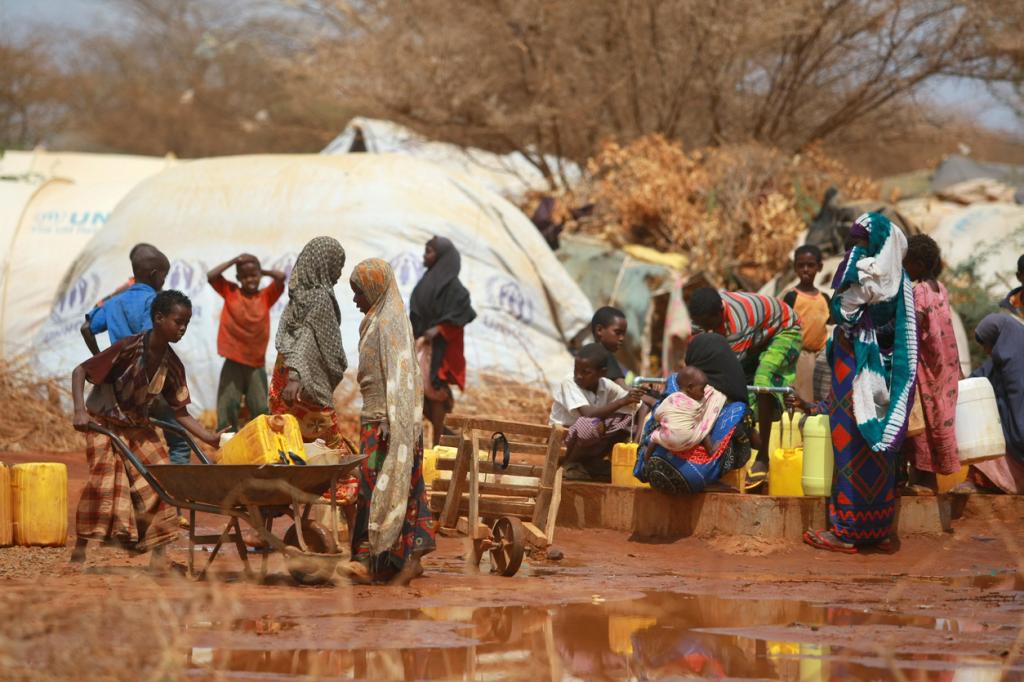 Extreme hunger rose 123 per cent in six years (2017-2021) among 10 of the world's climate hotspots, according to a new report. Seven of these 10 countries are in Africa, noted the report by Oxfam International published September 15, 2022.

As many as 18 million people in these countries are on the brink of starvation, Oxfam wrote in Hunger in a heating world: How the climate crisis is fuelling hunger in an already hungry world.

Somalia, Kenya, Madagascar and Zimbabwe were hit by acute hunger in 2021 primarily due to weather extremes, according to the Global Report for Food Crisis by Food Security Information Network.

For millions of people already pummeled down by ongoing conflict, widening inequalities and economic crises, repeated climate shocks are becoming a backbreaker. The onslaught of climate disasters is now outpacing poor people’s ability to cope, pushing them deeper into severe hunger.

Somalia is facing its worst drought on record. One million people have been forced to flee their homes due to the drought, according to reports. The country ranked 172nd out of 182 countries in terms of its readiness to cope with climate change, the Oxfam report mentioned.

In Kenya, the current drought has killed nearly 2.5 million livestock and left 2.4 million people hungry, including hundreds of thousands of children severely malnourished, according to the study.

In Niger, 6 million people are facing acute hunger today (up 767 per cent from 2016). Cereal production has crashed by nearly 40 per cent, as frequent climatic shocks on top of ongoing conflict have made harvesting increasingly difficult.

Burkina Faso has seen a staggering 1,350 per cent rise in hunger since 2016, with more than 3.4 million people in extreme hunger as of June 2022. The main reasons behind this was armed conflict and worsening desertification of crop and pastoral lands.

Oxfam stressed that climate-fuelled hunger is a stark demonstration of global inequality, with the countries least responsible for the climate crisis suffering most from its impact and also the least resourced to cope with it.

Collectively, these 10 climate hotspots are responsible for just 0.13 per cent of global carbon emissions, the findings established. “Each of them sits in the bottom third of countries that are least prepared to cope with climate change and its damages,” the authors noted.

In contrast, polluting industrialised nations such as those of the G20, which together hold over 80 per cent of the world’s economy, emit 650 times more than these 10 worst-hit countries.

The UN humanitarian appeal for 2022 was $48.82 billion, which Oxfam noted was equivalent to less than 18 days of profit for fossil fuel companies considering average daily profits over the last 50 years.

During 2000-2021, donors provided less than $20 billion of the $31.6 billion UN appeals linked to extreme weather in the 10 climate change hotspots — a shortfall of nearly 40 per cent, according to the analysis.

At the UN General Assembly and ahead of COP27 in November, Oxfam is calling for leaders to take urgent action to provide lifesaving aid to address the immediate hunger crisis in these climate hotspots.

The international non-profit also urged heads of states to compensate countries most impacted for what they have already lost in the climate crisis and reduce future climate impacts by submitting realistic climate plans.