In the dry months between November and February, there was a 4.5 per cent decline in nitrogen dioxide (NO2) concentration 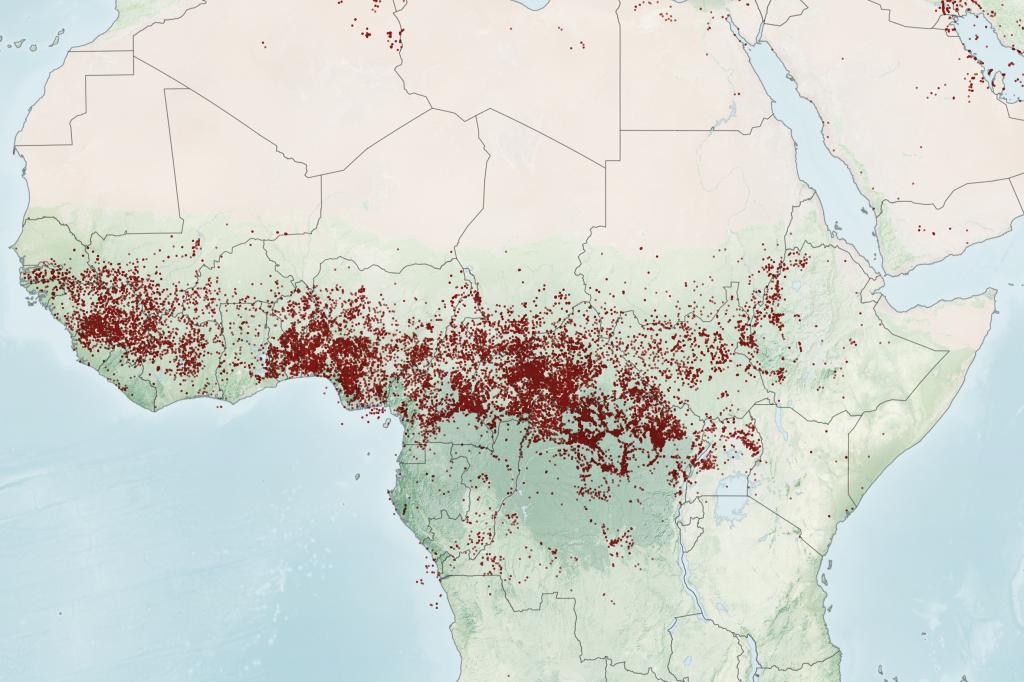 Fire detections during a typical February as observed by the Visible Infrared Imaging Radiometer Suite (VIIRS) on the Suomi NPP satellite.

The northern grassland areas of sub-Saharan Africa recorded cleaner air due to fewer fires, according to an analysis of satellite images from 2005 to 2017 by National Aeronautics and Space Administration (NASA). The drop in air pollution was visible during the dry season in areas where grassland fires are common.

In the dry months between November and February, there was a 4.5 per cent decline in nitrogen dioxide (NO2) concentration over the northern grasslands region of sub-Saharan Africa.

The gas is released during fossil fuel combustion and burning of vegetation and grasslands. It worsens respiratory conditions. 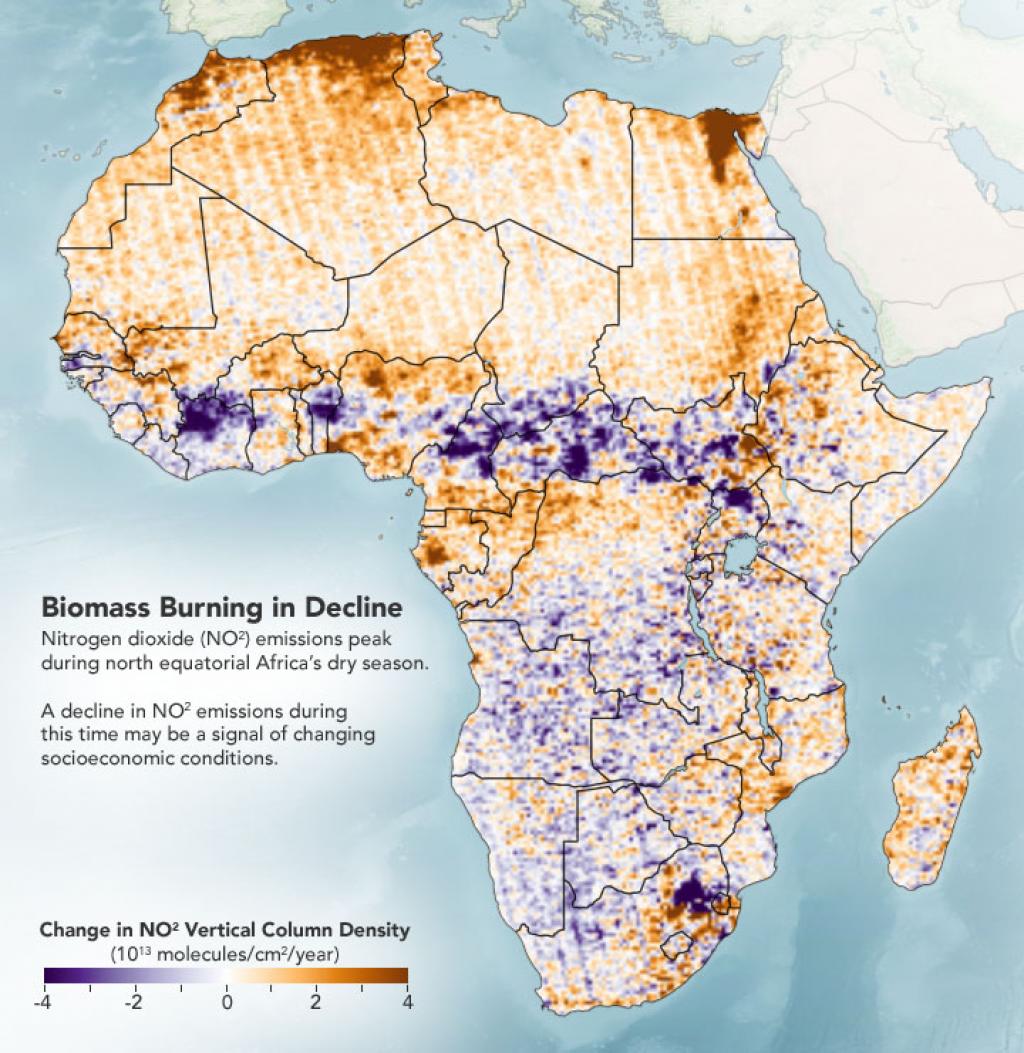 The dip in concentration of NO2 was due to decline in the number of fires. The researchers wrote in the report:

"The total area of savanna burned in sub-Saharan Africa is getting smaller each year as more people move into densely populated cities and towns, and as farming techniques and agricultural land use changes.”

The drop in air pollution levels was a welcome change at a time when the continent’s unbounded development urbanisation is increasing its fossil fuel consumption and chocking up its cities.

This slight seasonal variation, however, does not offset the increased man-made air pollution in the region and can “only continue till a point”, said the lead author Jonathan Hickman, a postdoctoral fellow at NASA’s Goddard Institute for Space Studies.

“Eventually, there may be a net worsening of air quality as pollution from fossil fuel burning surpasses the seasonal decline in fires,” according to the analysts.