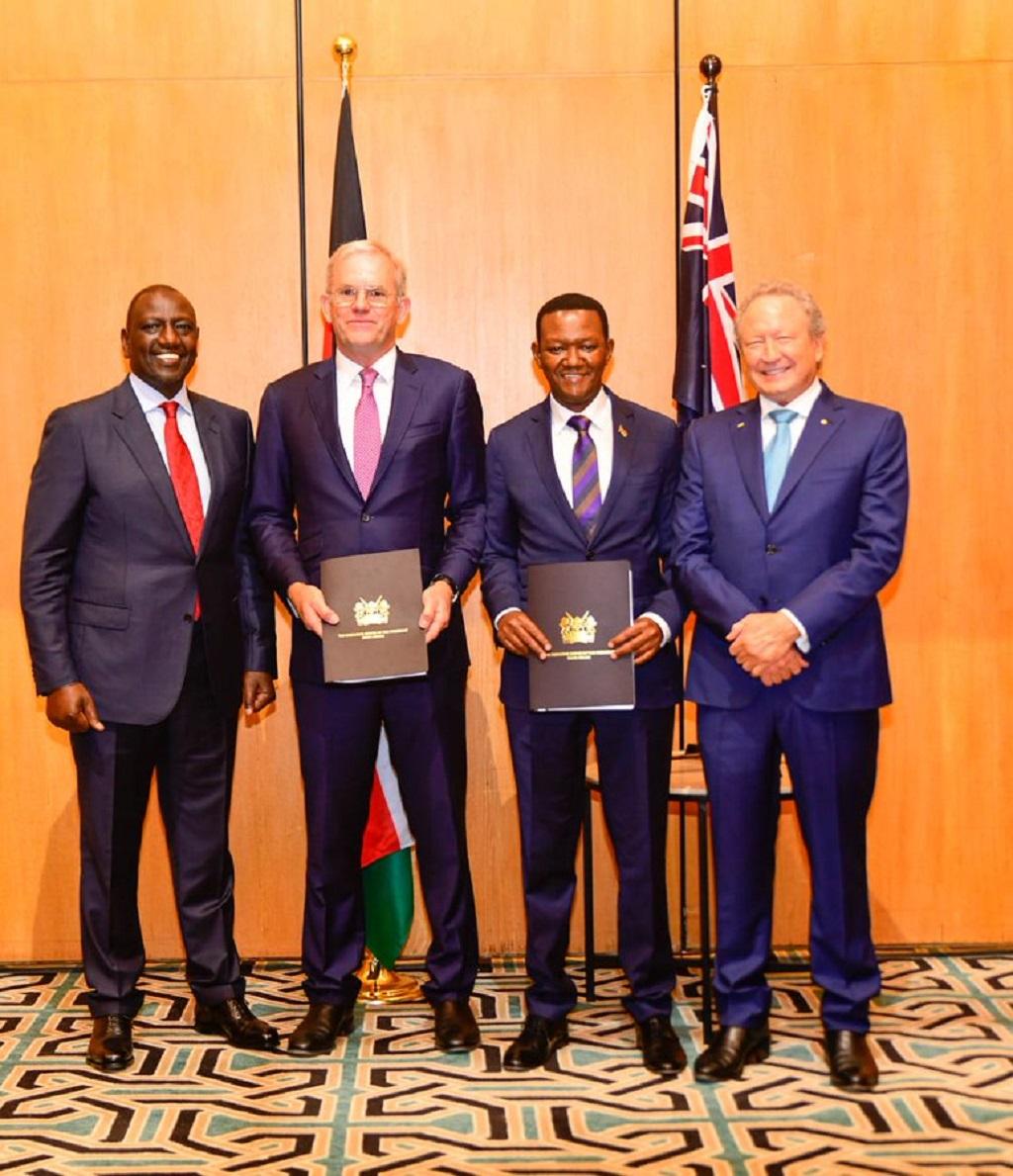 Kenya recently inked a deal with an Australian firm to establish a green hydrogen and ammonia plant, kickstarting the country’s plan to utilise green energy across the continent.

The industrial-scale production of green hydrogen and ammonia will be vital in making clean, affordable fuel and fertiliser for Africa. Further, it will help Kenya, which is already leading a geothermal revolution across Africa, increase its footprint in the renewable energy market.

Kenya’s deal with Fortescue Future Industries (FFI), which has an expansive portfolio in green hydrogen and renewable energy projects worldwide, was signed on the sidelines of the 27th Conference of Parties (COP27) to the United Nations Framework Convention on Climate Change in Egypt.

Kenya plays a leading role in the renewable energy sector, with its geothermal capacity (863 megawatts) ranked top in Africa and seventh globally, according to The International Renewable Energy Agency’s Renewable Capacity Statistics 2022 report.

Kenya President William Ruto signed the deal with the FFI Executive Chairman Andrew Forrest. The company will set up an initial 300 MW green hydrogen and ammonia plant in the next three years, which will also produce fertiliser. The project will be expanded in the future, with a target of adding 25 MW.

There is nowhere more crucial for us to mark the public beginning of this relationship than here at COP27 in Sharm El-Sheikh, where we want to see actions not words. Kenya is a leader of renewable energy in Africa and we look forward to the partnership with FFI to accelerate the worldwide energy transition for the benefit of the continent.

The multiplier effect of the hydrogen deal will include job creation and boost food security through its fertiliser production, said Forrest. He emphasised FFI’s commitment to helping Africa reduce reliance on fossil fuels.

The latest move has an estimated yearly output of 1.7 million tonnes for export. This will help Kenya join other continental early adaptors like Nigeria and South Africa to build Africa’s hydrogen and ammonia capacity.

A considerable growth is expected in the global ammonia capacity in the next five years, with a possible increase to 284.21 million tonnes per annum (Mtpa) in 2025 from 230.88 Mtpa in 2020, according to the latest report by GlobalData Plc, a British management consulting company.

The FFI deal comes after yet another green hydrogen partnership with the United Kingdom, targeting to produce 30GW. These deals are part of a broader strategy by Kenya to help Africa transition towards green energy.

Approximately Kenya's 30 per cent installed capacity is produced by independent power producers, while 70 per cent is produced by Kenya Electricity Generating Company PLC (KenGen), a 70 per cent state-owned enterprise, according to the Kenya-Electrical Power System report.

Slightly over 70 per cent of Kenya’s electricity is produced from clean / renewable energy sources, according to the report. Of all these sources, geothermal ranks first, even as the country plans to wean itself off thermal sources.

Kenya has significant renewable energy potential due to the country’s strong solar output, strong coastal breezes and favorable geology in many other locations. The $690 million Lake Turkana Wind Power plant (310 MW), for instance, is poised to be the largest wind plant across the continent once completed, the report added.

Kenya’s geothermal leadership is already being felt across the continent, with KenGen aiding various African countries to use green energy.

KenGen, which has a market share of over 60 per cent in East and Central Africa, has also recently won multi-million dollars in tenders to drill hundreds of geothermal wells in Rwanda, Ethiopia and Djibouti, among others.

“We desire that in the next couple of years, we shall have a considerable presence across the continent,” said KenGen in a press statement earlier in the year.

President Ruto requested developed nations at COP27 to invest in Africa to save the globe from the adverse effects of climate change, citing numerous opportunities.

“There are opportunities to produce 20GW of wind power and 10GW of geothermal electricity,” he said.

There is sufficient hydro-electric potential in East Africa to generate 100,000 MW, the President said. If properly exploited, this can generate enough clean energy for Africa and export, he told the delegates.