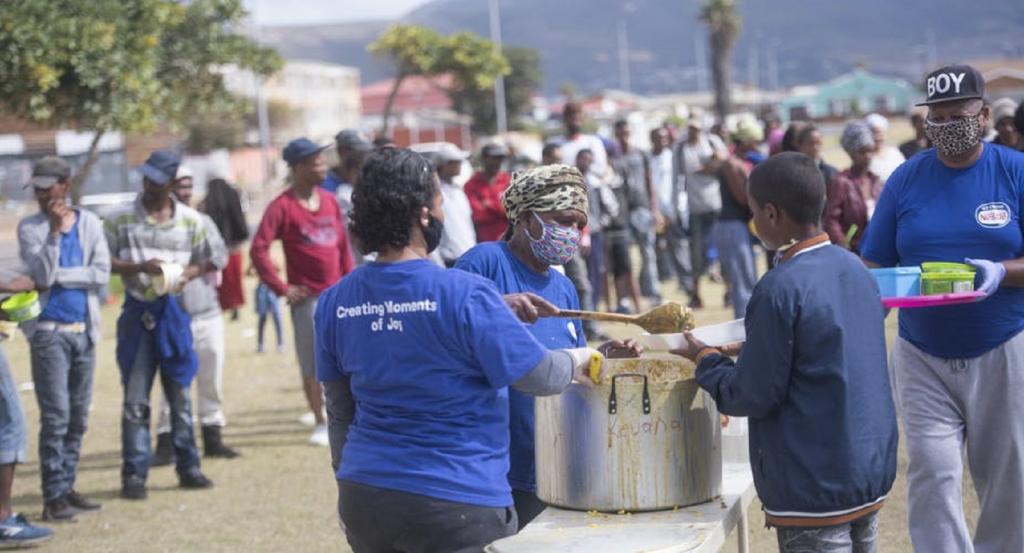 An economic crisis is beginning to bite in South Africa, resulting from the decision to shut down a large chunk of the economy in response to the COVID-19 pandemic. South Africa locked down its economy for three weeks in March, but later extended this for another two weeks.

The government has announced a number of measures to cushion the impact, to which it has added temporary increases to social grants, and a special grant for the unemployed who are not receiving any other grant or income.

Financial support for workers in the formal economy is being provided through the COVID-19 Temporary Employee/Employer Relief Scheme. This scheme enables employers to apply for funds to enable them to pay employees, if they are unable to do so because of the lockdown.

Some civil society organisations have highlighted how the relief scheme excludes the 3 million workers who are employed in the informal economy. But gaps in the scheme’s regulations mean that even workers in the formal economy, which accounts for over 11 million of those employed, may be left with nothing.

Holes in the safety net

The COVID-19 relief scheme builds on provisions established by a temporary relief scheme that was introduced on 11 December 2019 to assist employers in financial distress to continue operating and avoid retrenchments. There are some important differences between the two schemes, though.

The original scheme permits employers who have not registered their workers with the unemployment insurance fund to apply for funding as long as they commit to complying within an agreed time. Not registering workers is a violation of the country’s labour laws.

But the current regulations of the COVID-19 scheme restrict the benefit. It’s only available to employers that have registered their workers for unemployment insurance. And many haven’t done this.

A report by the Department of Employment and Labour in 2017 suggests it might be as many as 28% of employers. One reason for noncompliance is that the department has a shortage of labour inspectors and has not been completing its inspection targets.

The unemployment insurance fund commissioner, Teboho Maruping, has said that noncompliant employers may still approach the fund, but the current legislation does not make any provision for this. Statements like this are likely to confuse both workers and employers about what relief is available.

Under the rules of the COVID-19 temporary relief scheme, employers must apply on behalf of their workers. Workers cannot apply directly to the fund. When the regulations were initially published on 25 March 2020, it was not compulsory for employers that could not pay their workers to apply to the fund. Amendments made on 16 April have since, in theory, made it mandatory for employers to apply. But these amendments have yet to be gazetted and until that happens they will have no legal effect. It is not clear why there has been a delay.

Applications to the fund more than doubled in the week after the amendments. By 20 April the fund had received 55,268 applications and processed 37,673 claims. But this is out of a total of 1.8 million employers registered with the fund.

It’s not precisely known how many employers have had to cease operations during lockdown. A survey by StatsSA of 707 formal sector companies found that 46% had closed. If the finding are representative of the economy as whole, we might expect more than 800,000 employers to apply to the fund. The current figures show, at this date, that only 3% of employers had applied to the fund.

A report produced by the Centre for Social Change at the University of Johannesburg and the Casual Workers Advice Office similarly found that a minority of employers had applied to the COVID-19 relief fund.

Forty companies that had ceased operations were surveyed – most of them in Gauteng, the economically dominant province. Only nine had applied to the fund. The companies spanned all sizes and various sectors, including manufacturing, retail and food processing.

The report showed that the majority of employers, 22 out of 40, had forced workers to take both paid and unpaid leave. This is despite pleas by the labour minister for employers to show “social solidarity” by not forcing workers to use up their paid leave.

Using up the paid leave of workers during the lockdown may leave them financially vulnerable in the future.

The recent amendments, once gazetted, will address this problem by providing a mechanism for employers to claim for workers who have been forced to take annual leave. This means employers will be able to reinstate the paid annual leave.

Amendments will help but gaps remain

The amendments to the temporary relief scheme that are yet to be gazetted will address some of the initial problems. But the exclusion of workers whose employers failed to register them for unemployment insurance remains a major gap.

These workers are in effect being punished for employers’ failure to follow the law. The exclusion seems all the more perverse when the original relief fund has a mechanism to deal with noncompliant employers and protect employees.

A further concern has been the capacity of the fund to cope with applications, a constraint the minister has acknowledged. In response, the unemployment insurance fund has added more call centre agents and asked the South African Revenue Service to assist.