Save the seas: African countries appeal funding for oceans at UNEA5 as calls for action grow

Portugal and Kenya will co-host the second UN Ocean Conference in Lisbon June 27-July 1, where best practices for sustainability of marine resources will be discussed 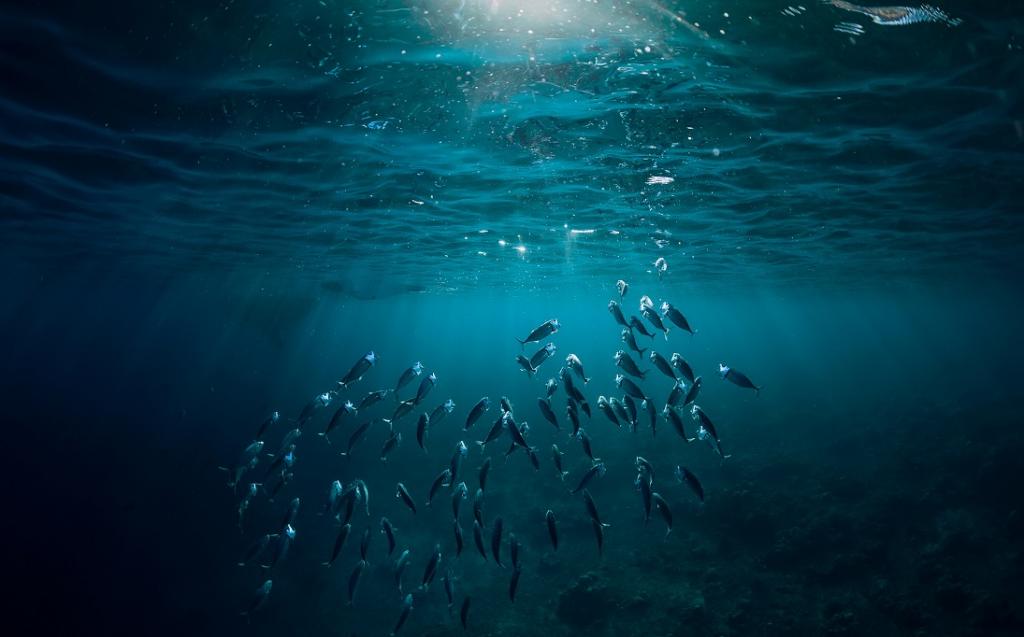 African countries want the international community to raise funding for oceans ahead of the upcoming second United Nations Ocean Conference in June, since water bodies have got the least percentage of both the Official Development Assistance (ODA) and the Green Climate Fund.

This is despite the Sustainable Development Goal number 14 (SDG 14) on conservation and sustainable use of oceans, seas and marine resources being a critical component of human and marine life, a major component of climate and an important source of livelihood for millions.

Oceans and the SDG 14 in general have only been receiving an estimated two per cent of the Green Climate Fund and only about 1.6 per cent of ODA, Macharia Kamau, Kenya’s foreign affairs principal secretary, said.

“When this happens, we must ask ourselves why other areas are getting adequate assistance and not the oceans,” he told delegates at the United Nations Environmental Assembly (UNEA5) in Nairobi, Kenya last week.

The funding, the official said, could also come in the form of public private partnerships and could involve technology transfer to developing countries and support for development of ‘innovative’ maritime technologies.

On the other hand, individual governments have the duty of upping their budgetary allocations to the blue economic sector, with such money supporting important areas such as marine research, Kamau said.

The oceans and the resources they offer were going to be an important part of post COVID-19 recovery for many world economies, he said.

This called for scaling up marine science, even as populations around the world grew and exerted pressure on water bodies. This, Kamau said, was besides the centrality of the oceans in attainment of all SDGs.

It is because of this that Portugal and Kenya are co-hosting the second UN Ocean Conference in Lisbon June 27-July 1, where member states will share best practices for sustainability of marine resources.

The theme will be ‘Scaling up Ocean Action Based on Science and Innovation for the Implementation of Goal 14; Stocktaking, Partnerships and Solutions’.

The conference will be a “transformational event”, where concrete science-based decisions on saving the world’s water bodies will be made.

“We will save our oceans when we act to reduce pollution, promote conservation and implement international laws on sustainable use of marine resources. We must also not relent in trying to galvanise political impetus for actions for oceans around the world,” Kamau said.

Such goodwill could go a long way in saving the oceans and will help in implementing international pacts and agreements to save the seas. The world needed a “strong comeback for the planet”, from the devastating effects of climate change, he said.

“We are aware that there had been efforts by those who do not share our passion for conservation to stop the crafting of the plastics declaration from going through, but we are proud we have a deal,” he said in reference to the UNEA5 declaration calling for establishing of an international treaty on plastic pollution by 2024.

Some of the actions that will save the seas will include removal of harmful fisheries subsidies enjoyed by trawler fishing fleets from big world economies, Inger Andersen, United Nations Environmental Programme (UNEP) executive director, said.

These subsidies, which had stripped the ocean floors of life, will be replaced with sustainable ones, she added.

This is besides comprehensively addressing the menace of plastic pollution, a major culprit in poisoning the seas, she noted.

At least one dump truck of plastics was emptied into the seas every minute around the world, she said, with serious consequences on the marine environment.

“We cannot treat oceans like a global trash can and have 80 per cent of all fertilisers ending up in the oceans and causing destruction and yet relying on our seas for so much,” she said.

Oceans, Andersen said, absorbed carbon from terrestrial ecology, taking up to 20-30 per cent of all carbon, which lead to the acidification of water and turned the liquid into “soda water”. This called for urgent actions to reverse the trend.

Also, the world needed to get more serious in confronting climate change, loss of biodiversity and pollution, which together were “pulling the rug” under the attainment of SDGs.

Whatever humans removed from the “belly of the earth” also needed to remain in the economy without ending in sensitive ecosystems as waste. This called for more efforts in adhering to principles of a circular economy, she noted.

The June oceans conference in Lisbon will raise the bar on sustainable oceans, spell measures to arrest their decline and restore their health, Ambassador Peter Thomson of Fiji and UN Special Envoy for the Ocean, said. It will hopefully deploy ‘wisdom’ and come up with solutions based on science and innovation to halt the decline, he said.

It will also come with a “stop the decline statement” and build on six multilateral meetings related to oceans to accelerate actions to tame the deterioration.

These include the World Trade Organisation meeting in Geneva, Switzerland, where it is expected that removal of fisheries subsidies will be discussed.

“These harmful subsidies have contributed to damaging our marine environment. It is unacceptable that rich countries have been spending between $20 billion-$30 billion a year of public funds for enjoyment of fishing fleets to go out and strip the oceans of depleting resources,” he noted.

The world needed to take advantage of “low hanging fruits” as solutions to restoring sea health, one example being intensification of seaweed farming.

Other solutions for a sustainably managed ocean involve green technologies and innovative uses of marine resources and addressing the threats to health, ecology, economy and governance of the ocean including acidification, marine litter and pollution, illegal, unreported and unregulated fishing, as well as the loss of habitats and biodiversity.

The conference will follow up on the outcomes of the initial 2017 United Nations Ocean Conference, maintaining the momentum for action to conserve and sustainably use the oceans, seas and marine resources for sustainable development.

A vast majority of the ocean according to the UN remains unmapped, unobserved and unexplored, with little understanding of the ocean and its contribution to sustainability largely depends on capacity to conduct effective science — through research and sustained observations, supported by adequate infrastructures and investments.