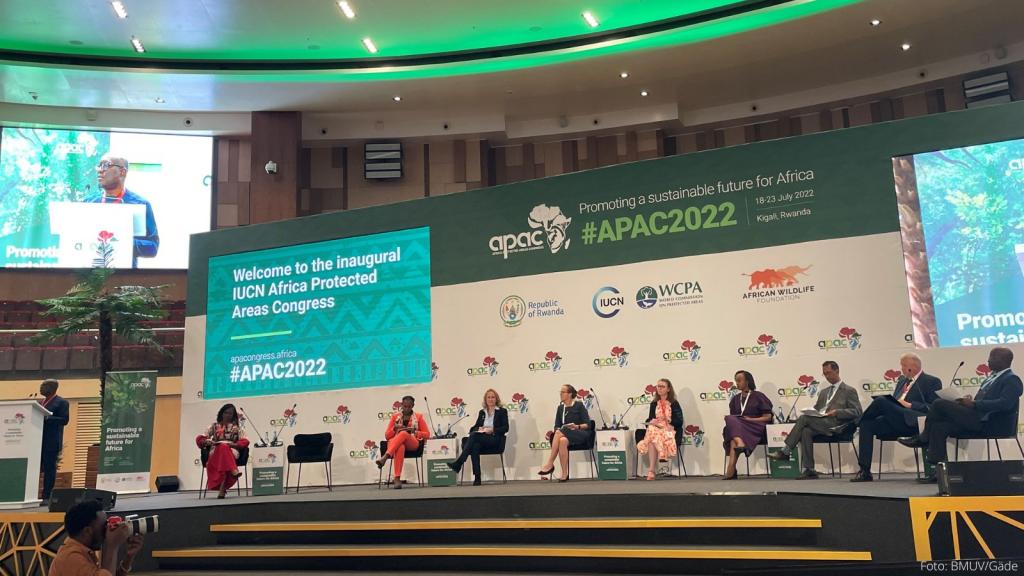 Around 2,000 African leaders, experts, interest groups and concerned organisations have gathered to discuss the impact of climate change and funding for climate action, among other challenges that are hurting around 8,600 protected areas on the continent with 25 per cent of the world’s biodiversity.

The congress aims at making a strong case for African leadership as well as commitments. Its other aims include:

Addressing the congress virtually on its first day, Razan Al Mubarak, president of the International Union for Conservation of Nature (IUCN), said protected and conserved areas are not only critical in the fight against biodiversity loss but also climate change.

Protected areas, in addition to other nature based solutions, can contribute to 30 per cent of climate mitigation we need by 2030, she added.

Globally, the cost of disasters has more than doubled over the last 30 years towards an average of $170 billion a year, said Mami Mizutori, special representative of the United Nation Secretary General for Disaster Risk Reduction. “In Africa alone, it is estimated that by 2050, climate impact could cost nations 50 billion dollars annually.”

“As human beings, we all depend on a safe, clean, healthy and sustainable environment to survive,” he added. “It is therefore of mutual benefit that the ecosystem is taken care of because consequences of not doing so are severe to human life.”

In a leadership dialogue plenary on Tuesday in challenges and opportunities for protected and conserved areas, Najib Balala, minister of tourism and wildlife, Republic of Kenya, stressed on the issue of financing.

“For financial sustainability, we talked about donor funding just from outside, we need to start putting money ourselves in Africa,” he said, adding:

“Human-wildlife conflict is real, and it affects our people directly,” the minister added. “We must address the issue of compensation as well as stopping the impact of elephant’s destruction, particularly in farms.”

The issue of external funding has also been noted in a 2020 report by the Food and Agricultural Organization of the United Nations. It highlighted the opportunities and challenges for sustainable development in the community ecotourism project at Mahenye Ward in Zimbabwe. This confirmed that the challenges include withdrawal of donor funding leading to local failures of leadership.

“The greatest impact on biodiversity conservation opportunities is the withdrawal of foreign  assistance and funding,” said Jemal Mohammed, crop and horticulture biodiversity directorate, Ethiopian Biodiversity Institute, in his research published by American Journal of Biological and Environmental Statistics in 2020.

It is estimated that by 2100, climate change alone can cause the loss of over half of African bird and mammal species, according to the World Bank. It can also trigger a 20-30 per cent decline in plant and animal life produced by a lake, and a significant loss of plant species.

It is estimated that 70 per cent of Africa’s protected areas were affected by war from 1946-2010. Elephants, hippos, giraffes and other large mammals perished as militants and hungry citizens hunted animals for meat and for marketable commodities such as ivory.

Therefore, APAC plans to launch pan-African networks, partnerships and cooperation mechanisms to support the effective management of protected and conserved areas. It will also help ensure their long-term sustainability including a cooperation agreement, directors’ platform and conservation trust.