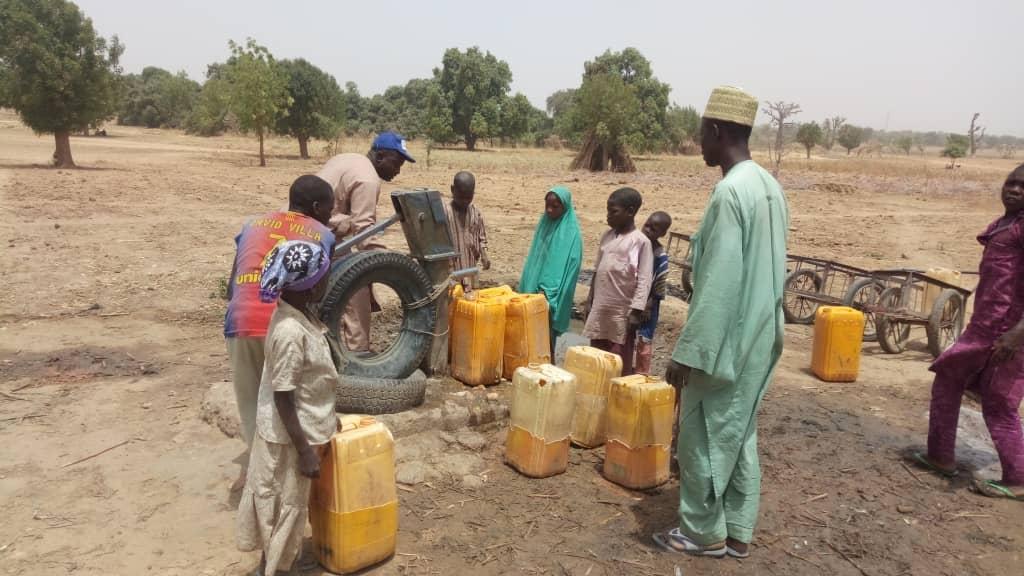 Nigeria’s disturbing reality is that even today, many communities don’t have access to clean water.

At the core of this enduring inadequacy is the consistent reduction in public funding for potable water production and provision. The policy problem can be traced back to 1985, when the former military president Ibrahim Babaginda implemented a structural adjustment programme of the World Bank that recommended a cut back in public spending.

Funding, since then, has decreased dramatically. The crisis is compounded by poverty — a large majority of Nigerians are finding it difficult to pay for clean water, because of their low income amid competing needs.

The lack of clear government financing in the water sector has led to avoidable deaths from water-borne diseases like cholera.

Dams, which are crucial water collection facilities for communities, are not being built because the government thinks the construction is too expensive, according to Emmanuel Adanu, professor of hydrology and director-general of Nigeria’s National Water Resources Institute in Kaduna.

Nigeria has about 400 dams, according to our last survey dam, he said. “The United States has about 8,000 or more dams.”

The need for dams is known but funding is a problem because the construction is indeed very expensive. It is a challenge. But the government is aware of the importance of dams. There is, however, a cross-sectoral competing demand for the same money.

The impact of this financial limitation on people in urban and rural communities is witnessed closely by local NGOs that work directly to provide them water. Most are funded by Nigerian offices of foreign development partners such as the United Nations Development Programme and WaterAid.

The disparity is stark even in the federal capital, according to Williams Ngwakwe, coordinator of Golden Change, an NGO that works on WASH projects in communities around the Federal Capital Territory (FCT), Abuja.

An NGO that supplied water to a community in a ‘hard-to-reach’ area said about 60 per cent of the country’s population don’t have potable water.

People living within urban slums are worse off than their rural counterparts, he added. Most of them don’t have access to water because most of these slums are not connected to the water pipe networks, Ngwakwe noted. “Many of them rely on water trucks and vendors, sometimes from unreliable sources.”

Those living in rural areas don’t even have the provision to buy water, he added. “So, most of them rely on wells but the groundwater is depleting due to climate change.”

Rivers, which is their next option, are also drying up, he highlighted. “So, they have to make long trips to fetch water.”

The Chida community in Kwali area of FCT consumes a lot of cassava (starchy tuber) but doesn't wash the vegetable with water, he recounted. “They peel it and directly grind it because they don’t have access to water.”

The little water they find is used to bathe and drink, he said. “One can imagine what a girl child goes through during the menstrual periods. There are long-term impacts in terms of disease outbreaks.”

Cholera is ravaging FCT, Kano State and Bauchi, among others, he said.

The current outbreak is the worst in over a decade in Nigeria. Over 24 states have been affected. The number of deaths we have had is quite alarming – over 2,000.

Scarcity of water, along with the atrocities of bandits in the northwestern part of Nigeria, has slowed work to stop open defecation in that zone, the expert added.

The cost of water has also rocketed as the water table reduced in most areas due to climate change.

Bottled water and jerry cans have also become more expensive, the expert added. “A truck with 20 litres of water that used to cost N100-150 costs around N300.”

In Lagos, the commercial centre of Nigeria, the ugly story of water scarcity is not different. Affluent people dig borewells to get water for sanitation and other uses, and buy bottled water for drinking. Those who cannot afford bottled water, buy sachets. Slum dwellers drink from the few public taps provided by the government and a few politicians.