After hottest May, Earth records hottest June of 21st century

Rise in temperature primarily because of warm ocean waters 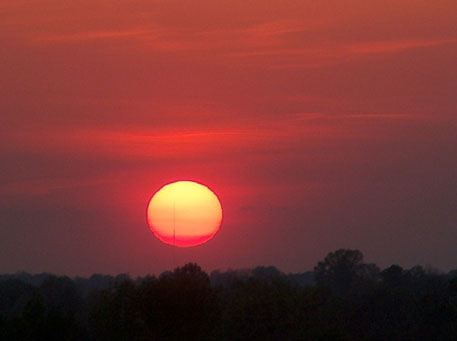 The world is getting hotter by the day. According to the National Oceanic and Atmospheric Administration (NOAA), the average global temperature in June was 16.2°C, which is 0.72°C higher that the 20th century average. This includes the average temperature over global land and ocean surfaces. The situation was similar in May. In fact, the last two months recorded the hottest temperatures since record-keeping began in 1880.

Bloomberg reports that nine of the 10 hottest Junes were recorded in the 21st century, including each of the last five years. Every month of 2014, except February, has ranked among the four warmest on record for that respective month.

The land surface temperatures in June were not as scorching; it was the ocean surface temperature that tipped the scales. NOAA chief Derek Arndt told The Guardian that the heat record was driven by unusually hot oceans, especially the Pacific and Indian Oceans. According to the Scientific American, June 2014 represented a significant milestone for the world’s oceans. Not only was it the hottest June for oceans since 1880, but it recorded the warmest ocean temperature for any month.

El Niño, a yet-to-form weather phenomenon characterised by warm waters in the eastern tropical Pacific, could ratchet up global temperatures even further by year end. Weather forecasters predict a 75 per cent chance of the formation of El Niño, which could make the year end on a hot note.