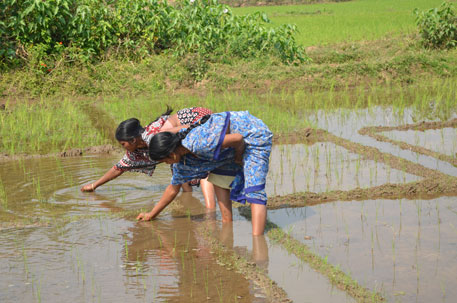 Riding high on the success of Bt cotton, the Union ministry of agriculture plans to introduce a number of GM crops in India.  In a report titled, “The State of Indian Agriculture”, submitted to the Parliament in the third week of March, the ministry stated, “A number of transgenics particularly in cotton and vegetable crops are sought to be introduced into the country.”

While the moratorium on Bt Brinjal, the first transgenic food crop, is still intact in India, the agriculture ministry report says, “The national policy on GM food crops needs to develop GM crop-based agriculture in cost-effective and high-yielding crop varieties.”
The report aims to draw attention of the members of Parliament towards the crisis in Indian agriculture and the challenges that need to be addressed in the farming sector.

G  V Ramanjaneyulu, executive director of non-profit Centre for Sustainable Agriculture, says the report heavily banks upon the so-called successes of Bt Cotton and bats for GM food crops without taking into account the reality and the impacts. “Every day studies are coming up on the impact of GM food. But the ministry is overlooking facts.” D Narasimha Reddy, a policy analyst, concurs. “It seems the ministry is ready to give open general license for GM crops and Bt cotton. Even while there is a serious review on the performance of Bt cotton,” says Reddy.

However, an Indian Council of Agricultural Research (ICAR) scientist thinks otherwise. “You cannot deny the fact that farmers are growing Bt cotton because they are earning profits. And if farmer suicides are due to Bt cotton, why there is no rage among them against this crop,” he says on condition of anonymity.  “The biggest problem in this country is that everyone–government, NGOs, seed companies and scientists—want to take a decision for the farmer. Let the farmer decide what he wants to grow,” he adds R Sridhar, convenor of Coalition for a GM-free India, an alliance of farmer organisations and NGOs, says the report clearly reflects corporate agenda to control farming and food in India. The irony is that the Ministry of Agriculture has become “blind to the actual state of farming community”.

He says the report draws pride in pesticide use and GM technology, especially Bt Cotton and its safe use, completely ignoring the fact that in India the largest experiment on non-pesticidal management (NPM) is taking place. Sridhar says that 35 lakh hectare in Andhra Pradesh is under NPM and more states are joining the programme. “When we have alternatives, why should we move towards an unsafe technology?” he asks.

Apart from the focus on GM crops, the report also recognises that agriculture still forms the backbone of development in India. It calls for enhancing public sector investment in research and effective transfer of technology along with institutional reforms in the field. The ministry acknowledges that the contribution of agriculture to the overall Gross Domestic Product (GDP) has fallen from 30 per cent in 1990-91 to 13.9 per cent in 2011-12.

The report calls for initiatives on conservation of land, water and biological resources, development of rainfed agriculture and minor irrigation, timely and adequate availability of inputs, support for marketing infrastructure, increasing flow of credit particularly to small and marginal farmers to make farming once again a profitable proposition.

“The survey report is just a copy of the Department of Agricultural Research and Education (DARE) annual report and does not reflect any ground realities,” says Ramanjaneyulu. It does not talk about the growing economic disparities between rural and urban because of the pricing policies and neither mentions the recommendations made by farmer commissions. In fact, it does not talk about public investment in agriculture anywhere. It shows government’s vision for agriculture which is limited to public-private partnership and GM technology. Ramajaneyulu terms this vision as “disastrous”.

The state of agriculture report points out that 80 per cent of the seed industry in India is in private hands. This disparity came about in three decades as in early 1980s the public and private sector were having equal share in the seed industry. 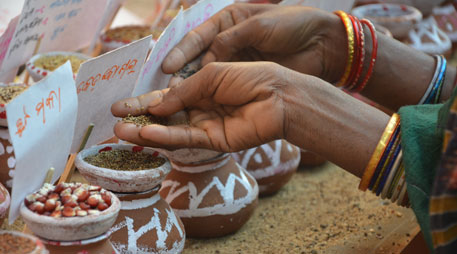 Ajay Jakhar of Bharat Krishak Samaj, a farmer organisation, says the report clearly defines that public sector has been left far behind the private sector. “We cannot defy the fact that Bt cotton and maize revolution in India is an outcome of private sector’s contribution. The ministry and public research institution need to learn from the private industry and focus on crops for rainfed areas,” he says. Jakhar advocates public-private partnership in the field.

However, Reddy says the report itself is building an argument for private participation in every sphere of agriculture. It skirts real issues. For example, on seeds, it does not mention the problem of quality of seeds. “The ministry comes up with the stale argument of seed replacement rate, the method of replacing old seeds with new ones to increase production and productivity,” he says. Government aims to monitor seed quality with Seed Bill, hanging in the Parliament for over eight year now, he adds. “Seed Bill will not help in improving seed quality, replacement rate or productivity,” Reddy points out.

Agricultural prices and market: How to increase benefit for farmers?

The report says that food and agricultural commodity prices in India are determined by domestic demand and supply factors influenced by domestic price policy. The ministry claims that Minimum Support Price (MSP) for foodgrains suggested by it is one of the best mechanisms to ensure that farmers get a good price for their produce.

However, it points out that there was a challenge in terms of finding market for increased supply in the country. For the farming community to benefit from the new global market access opportunities, the internal agricultural marketing system in the country needs to be integrated and strengthened. Agricultural marketing reforms and the creation of marketing infrastructure has therefore been a prime concern of the government.

However, Jakhar points out, “The difference in price at which the farmer sells his produce and the price at which the consumers buy it in the Indian market is probably the highest in the world. By removing perishable commodities from the preview of the Agricultural Production and Marketing Corporation (APMC) Act, farmers could get better prices while consumers would have to pay less.”

Reddy says that getting proper price, over and above the cost of production, is dismissed in two lines of “facilitating effective marketing" and price support mechanisms by the government in its report. “This is not what farmers want. They want the price given to them should be more than the cost of production,” he points out. Besides, the ministry fails to even address the long pending demand of farmers to implement farmers commission method of deciding prices which says the MSP should be at least 50 per cent more than the weighted average cost of production of agricultural commodities.