Agriculture did not fall to COVID-19 last year; will there be an encore?

India’s second wave has affected the Rabi post-harvest marketing season; it could also affect the Kharif season depending on the disease’s severity 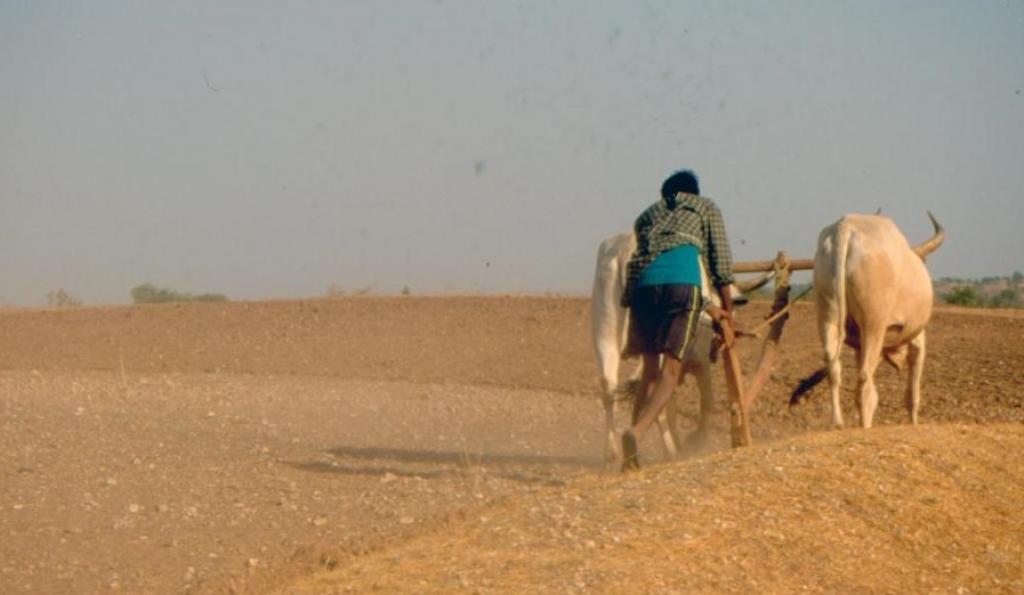 Agriculture, the only sector to clock a positive growth of 3.4 per cent at constant prices in 2020-21, during the first wave of the novel coronavirus disease (COVID-19), could be severely impacted due to the ongoing second wave.

The primary reason is that COVID-19 is running riot in the country’s rural hinterland, where most agricultural activity takes place, during the second wave.

The second wave has had an impact on the just-concluded Rabi season. It could also impact the upcoming Kharif season, depending on the trajectory of the pandemic, experts said.

Farmers have harvested their Rabi crop. But sales have been impacted as COVID-19 infections have risen and mandis (wholesale markets) have remained closed since April 2021 due to lockdown-like restrictions in many states.

During the first wave, there were some supply chain issues related to the produce’s transport from the primary mandis to the secondary and bigger markets. But this time around, there are several concerns about taking the produce even to the primary mandis due to rising COVID-19 cases in rural areas and imposition of lockdowns.

Last year, even though the lockdowns were more stringent, primary mandis at village level were largely kept out of the restrictions. This was because the infections were low or nil in rural areas.

In states like Punjab and Haryana, where there is high government procurement, most of the wheat crop has been lifted. But this is not the case in other wheat-producing states like Uttar Pradesh (UP), Madhya Pradesh (MP), and Rajasthan.

Comparative data of wheat arrivals between May 1-May 21, 2021 and the same period last year shows the arrivals are dismal.

In MP, the arrivals are down by 2.3 million tonnes compared to last year — a 77 per cent decrease, data collated from Agmarknet, a government portal, shows. In UP, they are down by 36 per cent.

“It looks like more than 50 per cent of the overall wheat crop is still stuck in states like Rajasthan, UP, Maharashtra, and MP,” Prasanna Rao, co-founder and chief executive, Arya, a warehousing and finance platform for farmers and farmer producer organisations, said.

Soybean arrivals in MP are also down by 76 per cent.

For us, May is a busy month since a lot of harvest and commodity arrivals happen. But this time, it is a complete washout. There is an impact on farmers’ livelihood also as those who want to sell their produce are unable to do so. The transaction volume will likely increase towards the end of May or June when mandis will open.

In Maharashtra, the onion Rabi crop, which is harvested between March and May, is ready. But farmers have been unable to sell as all mandis in the state, including Lasalgaon, Asia’s largest onion mandi, have been closed since May 12.

The Rabi crop has a longer shelf life. But unseasonal rainfall in the last few days has led to the growth of fungus in some stored stocks, Bharat Dighole, a farmer and member of the Maharashtra State Onion Growers’ Association, said.

Almost 40 per cent farmers are not being able to sell their onion crop in Maharashtra. Farmers use the money they get from sale of this crop to buy seeds and fertilisers and prepare for the next crop like maize, cabbage and soybean in June. But they have no cash in hand this time.

Another major worry among farmers is that once the mandis open, there will be a sudden increase in arrivals which will result in a depression of prices for them. In Maharashtra, the mandis are supposed to open from May 24.

Even with the rise in cases and deaths, there is optimism about the performance of the agriculture sector, especially after the India Meteorological Department’s forecast of a normal monsoon in 2021.

The latest data from the Food and Agriculture Organisation’s (FAO) Food Price Index further boosts this. It shows that global food prices in May were at their highest levels since May 2014. This too could benefit Indian farmers.

There is also hope that the disease situation would be much better by the time sowing for Kharif starts from mid-June. But on the other hand, the possibility of farmer families getting infected is also real and may impact sowing operations.

The situation in rural areas is not completely known. We still don’t know the extent of the disease. If the pandemic is not brought under control, the Kharif sowing operations will be impacted. Everything depends on progress of the disease.

Rao, whose organisation works with farmers in around 19 states, said the awareness level among farmer households was still quite low.

“For example, in rural areas of UP, there is very less awareness on what do if somebody has symptoms or even when infection is confirmed. Moreover, people are still going about having weddings and functions and the testing rates are also low,” he said.

The return of migrant labourers to their villages has posed another problem for farmers. This is especially true for states like Punjab and Haryana that are highly dependent on agricultural labourers from UP and Bihar for the sowing of paddy.

In 2020 too, the labourers had returned to their villages but were brought back by contractors during the paddy sowing season. But this could be done because the villages were still left untouched by the infections and most labourers were in a healthy condition.

The shrinking of the female labour force participation post-pandemic and especially after the second wave may further affect sowing operations as around 80 per cent of farm work is undertaken by women in India.

Meanwhile, the Indian Council of Agricultural Research has also anticipated that the operations / logistics can be seriously impacted during the pre-Kharif and Kharif period.

In an advisory issued May 20, it said the second wave may impact agricultural production and national food and nutrition security.

It asked farmers to enhance the use of on-farm inputs, especially organic manures, to cope with shortages in labour and timely availability of inputs at affordable prices. “Adopt best practices for increasing resource use efficiency and reduce cost of cultivation,” it said.

Experts said COVID-19 will have to be controlled in rural areas and vaccination and testing will have to be increased rapidly for agriculture to make another positive contribution to the economy.

“It will all depend on what the government plans to do to tackle the infection rates,” Hussain said.

Rao added that to boost the agriculture performance, access to different services and inputs has to be made easy amid lockdowns in different states. “Access to finance is also very critical at this point,” he said.