An agricultural labourer died by suicide every 2 hours in 2021: NCRB

Some 5,563 agricultural labourers died by suicide in 2021, according to the latest report of the National Crime Records Bureau 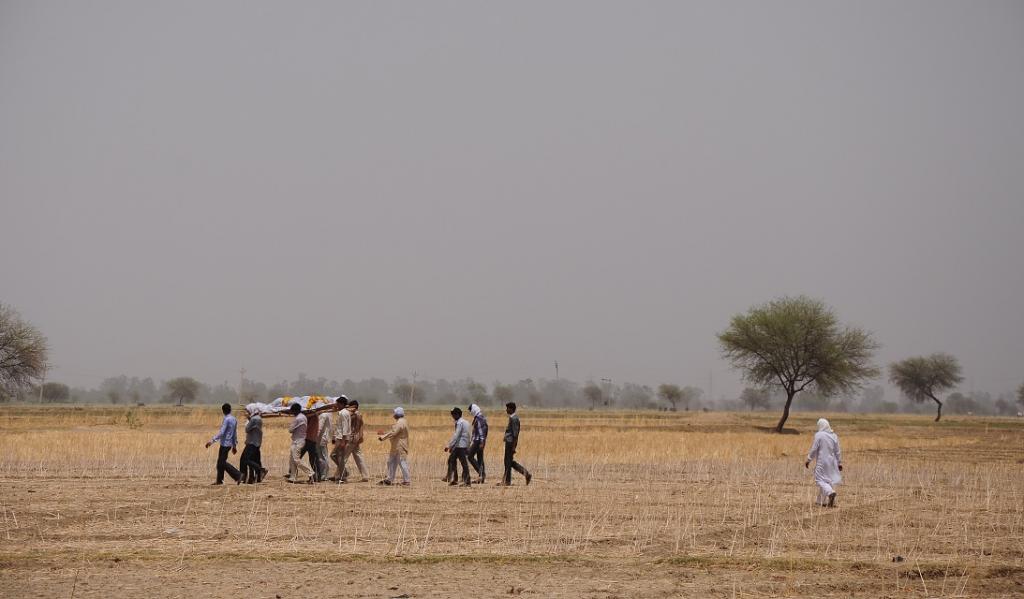 The data comes at a time when more farmers have become labourers and an average agricultural household depends more on wages than the farm. Photo: Sayantoni Palchoudhuri / CSE

Agriculture was said to be the sole bright spot for India’s gross domestic product growth, clocking a positive growth rate when other sectors fell to the pandemic during the last two years. But the growth did not translate much for agricultural labourers as at least one agricultural labourer died by suicide every two hours in 2021.

Some 5,563 agricultural labourers died by suicide in 2021, according to the latest report of the National Crime Records Bureau (NCRB). The number of suicides increased by nine per cent from 2020 and by around 29 per cent from 2019.

The most suicides were reported from Maharashtra (1,424), followed by Karnataka (999) and Andhra Pradesh (584), according to the report Accidental Deaths and Suicides in India.

The data comes at a time when more farmers have become labourers and an average agricultural household depends more on wages than the farm.

This was prominently highlighted in the 77th round of the National Sample Survey, Land and Livestock Holdings of Households and Situation Assessment of Agricultural Households, released in 2021. According to the survey, the highest income for a farming household was Rs 4,063, which came from wages in return for serving as agricultural labour.

These figures were also highest in Maharashtra, Karnataka and Andhra Pradesh. Overall, the number of suicides was lower for farmers / cultivators compared to agricultural labourers.

However, the number of suicides by farmers / cultivators in Maharashtra and Karnataka were higher compared to those by agricultural labourers — 2,640 and 1,170 respectively.

‘Agricultural labourer’ is a person who primarily works in the farming sector (agriculture / horticulture) and whose main source of income is from agriculture labour activities.

Meanwhile, the share of daily wagers among those who died by suicide in the country has shown a sharp increase in 2021.