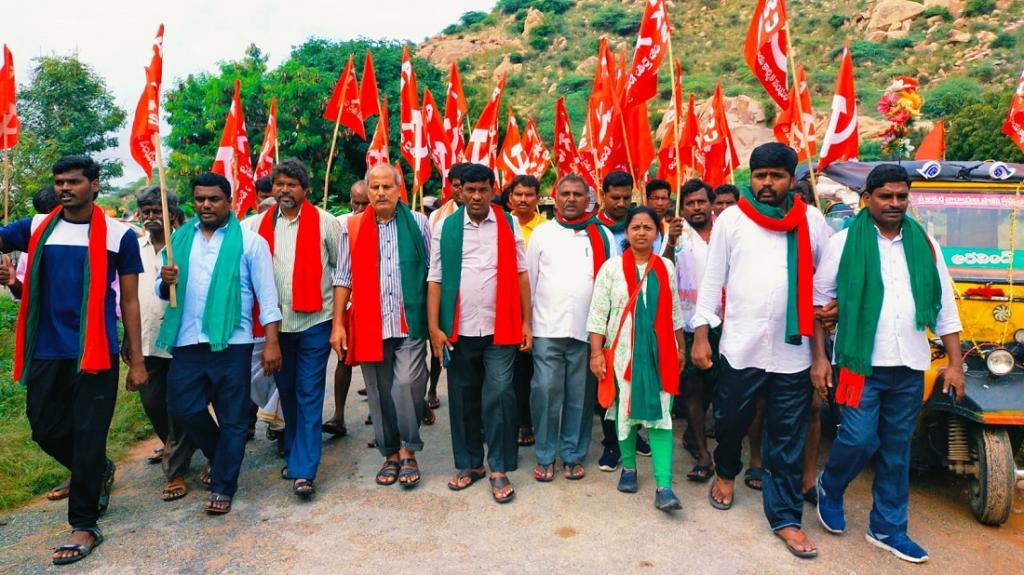 R Chandra Sekhar Reddy, district secretary of the All India Kisan Sabha told this reporter that proper remunerative rates should be ensured for the banana crop.

He also urged the administration to restore the subsidy for drip irrigation equipment, input subsidy for crops and CCRC (Crop Cultivators Rights Card) for all tenant farmers among other demands.”

The march started from Anantapuramu November 20 and will end December 18.

Andhra Pradesh has been witnessing unusually heavy rainfall for over a week now. At least 33 people have died in the floods caused due to the heavy rains, according to the media reports.

Farmers across the Rayalaseema region that this reporter spoke to, said they were in a dire situation due to the floods.

MB Ramudu, from Mukundapuram village in the Garladinne mandal of Ananthapuramu district said paddy, cotton and groundnut crops had been completely destroyed.

After we received rains in June, farmers sowed groundnut in July. But it did not rain properly until September. The latest rains have led to the rotting of the dry groundnut plants, denying even fodder for our cattle. They have to survive now only eating green grass as we are flush with water everywhere.

V Chennappa, a chilli farmer in Kanaganapalli village and mandal of Ananthapuramu district had cultivated chillies by leasing five acres of land and spending Rs 3 lakh.

He is worried about his crop as he has been told it would be hit by more diseases due to these rains.

“It’s been raining for seven days now and the groundnut crop in the mandal has been destroyed. The banana crop has survived as of now as the rains have not been accompanied by heavy winds,” Chennappa told this reporter.

That was the time when the nuts of the groundnut crop had to grow in their pods. Reddy said:

It has been raining continuously not allowing the land to dry since September. Dryness in the land is needed for the plant to produce more pods. The groundnut produce therefore fell from the expected 20 bags of 40 kgs each to just 4-5 bags, leaving me short of Rs 8,000 from my pocket having spent Rs 20,000 on the crop per acre. 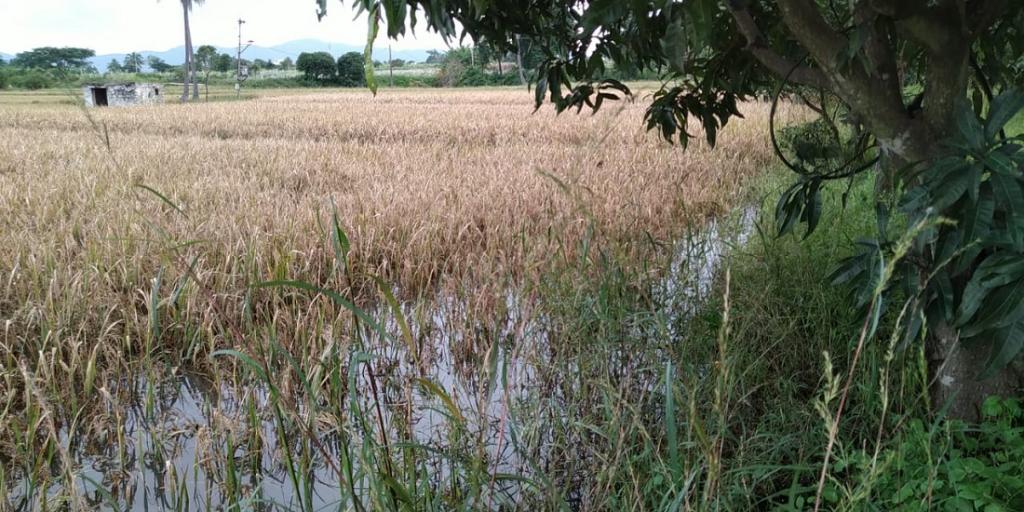 Weather experts at the National Atmospheric Research Laboratory (NARL) located in Gadanki, Chittoor district, said the changes in the climate of the Rayalaseema region had been visible since 2012.

Being a rain-shadow region, rains evade the Rayalaseema region during June and July, with occasional rainfall during these months.

The region receives more rains in the north east monsoon during October, November and December. This is true for both Rayalaseema and Tamil Nadu, Amit P Kesarkar, a scientist at the NARL, said.

He added that there was now a southward shift in the occurrence of the south west monsoon emanating from the Arabian Sea, leading to more rains for Rayalaseema and Tamil Nadu.

“Normally, the rains were not severe earlier. But the southward expansion of monsoonal flow has increased chances of rain for the region in the last decade,” Kesarkar said.

“The low-pressure areas which develop inside easterly waves are a combination of regional weather as well as probably climate change. Depressions which are happening inside the easterly waves, are leading to more rains for south India as a whole,” he added.

GV Ramanjaneyulu, director, Centre for Sustainable Agriculture in Hyderabad, said Andhra Pradesh will have to make changes in its cropping pattern to adapt to the changing situation.

“We will have to shift from paddy to millets, pulses and oil seeds which we are importing from other countries now. This is not the 1960s. We are not short of food grains now. Instead, we have a glut,” he said.

A change in the cropping pattern will help mitigate changes in climate in Andhra as paddy and sugarcane, both water-intensive crops, release greenhouse gases, Ramanjaneyulu said.

“We should cultivate paddy seeds which don’t germinate immediately after being soaked in water given the frequent storms,” he added.