Are public private partnerships in irrigation the way forward? 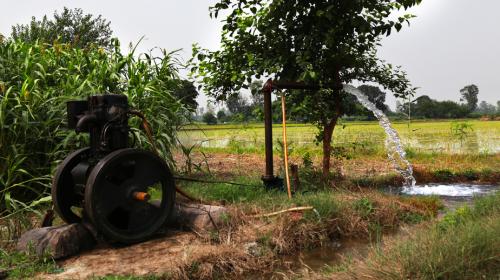 A recent World Bank report suggests that public-private partnership (PPP) for irrigation could drive development in the agricultural sector.

PPPs involve a significant degree of risk sharing between the government and the private firm, such that both parties would suffer financially if the contract fails.

The report, “How to achieve sustainability in irrigation with private sector participation” notes that the basic developmental paradigm of irrigation has not changed in the past 60 years: public funding for capital investment combined with public management and supply of water resources to farmers at highly subsidized rates. It states that the new model may improve the irrigation facilities across the world.

As per FAO data, irrigation today provides water to one-fifth of the world’s cultivated land, from which one-third of food crops are harvested.

The report points out that the long-term sustainability PPPs depends on allocating risks fairly between the government and its private partners among other factors.

The report cites an example of public-private partnership in India’s agriculture sector. Jain Irrigation System Limited (JISL) has established a profit-oriented onion dehydration and fruit processing plant in Jalgaon, Maharashtra. The firm has entered into a contract with local farmers to source fruits and onions. JISL is helping farmers better their produce by providing high-yielding variety seeds, water and fertiliser management along with technical-know-how. The report claims that JISL’s intervention has helped the local farmers to bring more than 80 percent of the onion crops under efficient micro-irrigation systems like drip irrigation and sprinklers.

Discussing another success story from eastern Uttar Pradesh, where a private diesel-pump dealer was appointed the central coordinator for irrigation subsidy schemes in 1980s. These changes reduced the transaction costs that small farmers had to bear for access to the subsidy and loan scheme. As per the report, this farmer-dealer arrangement was a win-win solution: the farmer paid the same price and often got a more reliable pump. The dealer offered cheaper prices and kept the difference to pay for his service.

The report claims that since 1985, more than 800,000 small diesel pump– operated tubewells have been installed in eastern Uttar Pradesh (UP), irrigating a gross area of between 2.4 million ha and 3.2 million ha land.