Yield of rice, the state's major crop, has been affected by unpredictable rainfall patterns 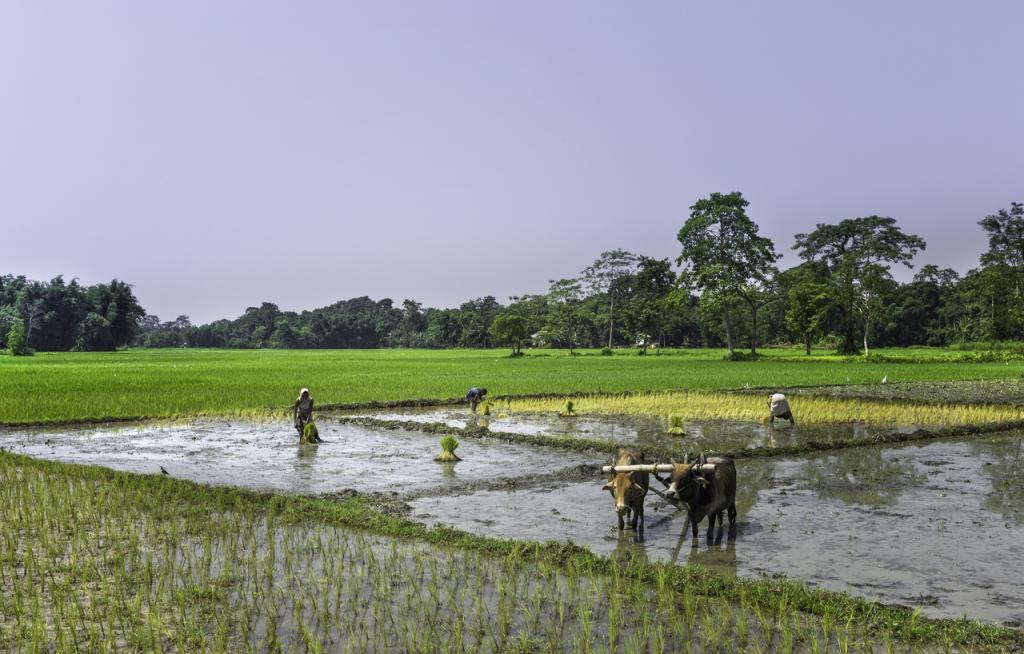 The Assam government has planned to revise the crop calendar for the state’s Kharif crops, with an aim to align its cropping cycle with the erratic nature of the monsoon. The revision is especially needed for paddy, the state’s major crop grown over 70-80 per cent of its area.

A crop calendar typically has information on sowing and harvesting windows of a particular crop, depending on the parameters of rainfall and temperature in a particular region. This information is conveyed to the farmers in the form of advisories.

Assam’s agriculture department, along with the Assam Agriculture University (AAU), recently sought this revision from the Indian Council of Agricultural Research-Central Research Institute for Dryland Agriculture (CRIDA). Following this, a committee was formed to look at the kind of change in rainfall pattern and temperature in the state.

Pre-monsoon (March-May) and monsoon (June-September) are the two important rainfall seasons for Assam, said Kuldeep Medhi, junior scientist, agriculture meteorology, AAU. “We have been noticing an abnormal trend for the last five-six years: While the Kharif crops are flooded one year, they encounter drought like situation in another.”

Thus, it has become important to revisit the existing sowing windows of different crops, he added.

There has been a decrease in total volume of rainfall in the six agroclimatic zones of the state, the scientist said, adding:

The small rainy day events are reducing and extreme events are becoming more prominent. This pattern is being seen during the pre-monsoon period as well for some districts. Other districts, however, are getting maximum pre-monsoon precipitation. This has affected rice yield.

Rice is the main crop for Assam, contributing 96 per cent of the total food grain production of the state. Rice is broadly grown in three seasons: Sali (June / July to November / December), Ahu (March / April to June / July) and Boro (November / December to May / June).

“Among the three, the cultivation of Sali rice follows throughout different districts of the state whereas the other two ae confined to a few districts,” said Medhi.

Farmers in the state are already adapting various climate-resilient practices at their own level. Families in Nepali Pathar, Banai and Nalbari villages in Dhemaji, one of the most flood-affected districts, are cultivating more rabi crops than kharif,

“We have also shifted more land towards cultivation of boro rice, which is sown in November and harvested by April or May,” Swadesh Hajong of Nalbari village said.

The traditional variety of Kharif paddy is usually the one to get damaged by floods. “We have started cultivating vegetables such as potato, tomato, eggplant, okra and peas instead of Kharif paddy, which is slowly fading,” he added.

People are also taking up mustard and pulses cultivation and resorting to rearing ducks, Hajong said.

There is a need for such a relook for the entire country, according to Santanu Bal, principal scientist at ICAR-CRIDA, who is heading the committee for revising the crop calendar for Assam. He said:

Rainfed crops cannot be sown as per the normal sowing dates anymore. And some districts and states are revisiting the calendar at their own levels.

The National Rainfed Area Authority, in its most recent draft policy published in July 2022, also highlighted the need for cross-country examination of the crop calendar.

“Long-term data for India indicates that rainfed areas experience three-four drought years per decade. Of these, two-three are moderate and one or two are severe in intensity,” the authority said.

Rainfed crops are likely to be worst hit due to limited options of coping with variability of rainfall and temperature, it added. “This may result in a shift in sowing time and shorter growing season, which may necessitate effective adjustment in sowing and harvesting dates.”

Increasing intra-seasonal variability of rainfall has become a major concern, according to the draft.