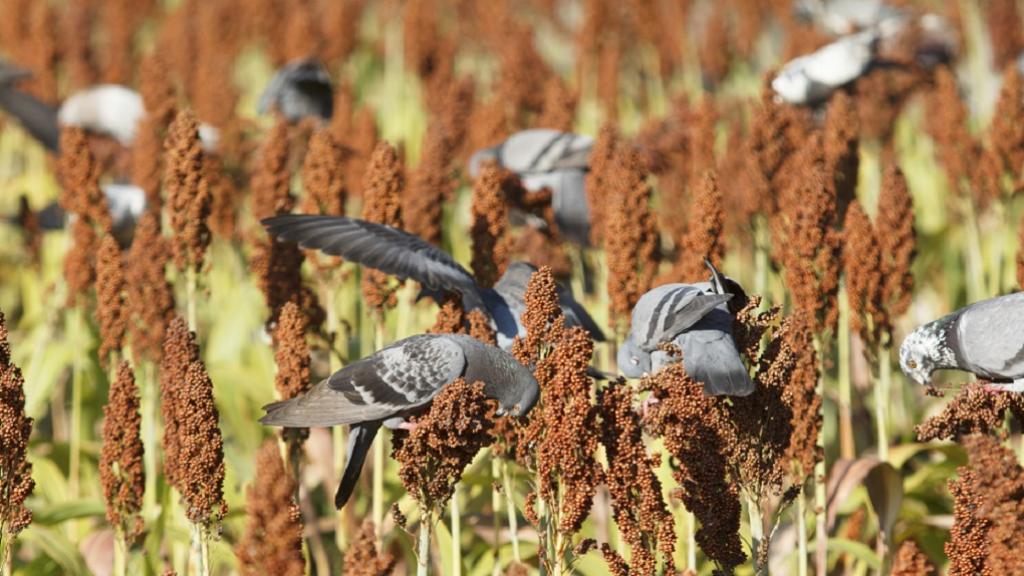 Birds, known to play an important role in pollination, putting a check on pesky insects and rodents, could also be causing drastic decrease in crop yields by destroying them, according to a report, which calls it as an emerging concern in Indian agriculture.

The avian species inflict losses in agriculture by damaging crops during sowing, seedling and ripening stages, leading to economic losses to the farming community, shows  the interministerial report of the Committee on Doubling Farmer’s Income (DFI) - Volume X titled "Risk Management in Agriculture", released by the Ministry of Agriculture.

“Birds are known to cause considerable economic damage to variety of crops during vulnerable stages in different agro-ecological regions of the country. The extent of bird damage to any crop depends on several factors like concentration of local bird population, total area under the crop, cropping pattern habitat of the area, season and physiological status of the birds,” stated the report.

Of these, the Grey Partridge, Blue Rock Pigeon and House Sparrow were found to inflict most damage to crops. Other species include the Rose ringed parakeet, weavers, munias and doves that manage to nest in close proximity to agricultural fields.

The report, however, also identified 46 bird species as beneficial for agriculture. They help destroy insects feasting on crops and also consume rodents. Such beneficial birds need to be encouraged and conserved, the report suggested.

Moreover, bird damage was found to be more in isolated, early or late maturing fields, varied between regions, seasons, number of species, their density, concentration of migrants and their food habits.

Protecting the production system and effective management of vertebrate pests is important to realise targeted yields.

State departments should help in the dissemination of such technologies to farmers for protecting the standing crop from raids and damages, the report suggested.

The committee, headed by Ashok Dalwai, secretary for Government of India and former Additional Secretary, Union Ministry of Agriculture, has presented a series of 14 rigorous reports on agriculture since 2017.

The tenth volume examines the various risks that the agricultural system is exposed to.