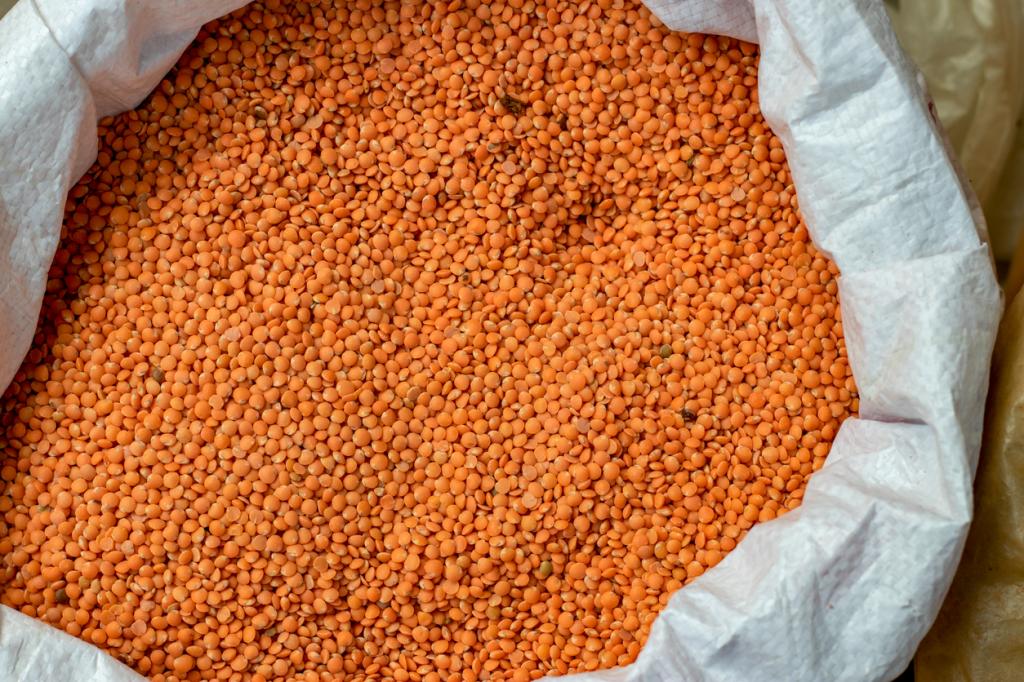 India’s rabi harvest season is just a month away and a record production of pulses – 18.34 million tonnes (mt) against the target of 16.84 mt is expected, according to central second advanced estimates.

Currently, lentil is selling above its minimum support price (MSP) of Rs 5,500 per quintal in the major producing states of Uttar Pradesh, Madhya Pradesh, West Bengal and Bihar. Gram, which is the other important Rabi pulses crop, is selling below MSP.

This may not be able to stave the blow dealt by reduced import taxes, agricultural experts said. The Centre recently removed import duty on lentils for Australia and Canada and brought it down to 22 per cent from 30 per cent for the United States.

The decision was taken to tame food inflation, the government had said. “The price of lentils would have come down naturally with high supply of crops that will arrive at the market in the next few weeks,” said Bimal Kothari, director of Pancham International Ltd and vice-chairman of India Pulses and Grains Association. He added:

Canadian and Australian exporters and farmers will reap the benefits of the import duty cuts.

The 2021 drought in Canada may have hurt lentils production in the country from which India imports a large part of its lentils. Zero duty will make it lucrative for traders to start importing, but there was no immediate inflation pressure on pulses for the government to have taken this step, according to experts.

“Pulses prices are stable and most are selling around MSP,” said Kothari. An import duty cut could have been done after observing the price trend following rabi crop arrival.

Last year, lentil prices were at an all-time high but there are no immediate pressures this year, said Shweta Saini, senior fellow, ICRIER (Indian Council for Research on International Economic Relations) and a researcher on Indian agricultural policies. “Import will dilute the incoming crop (rabi arrival),” she said.

The decision to cut import duty defies logic, said Mohit Upadhyay, an importer and trader of pulses, grains and oilseeds. “The decision was taken to check inflation but as soon as the cuts were announced, the international price of lentils rose from around $870 per metric tonne to $900.”

When such cuts are announced, other countries which are major exporters of these commodities get a sense that the upcoming crop in India is not going to be good and the international prices rise. But the lentil crop is predicted to be good. And at this time the government is inviting private players to import more. There was no reason behind such a step.

Lentil prices, however, are unlikely to climb below MSP, experts believe.

There is a 50 per cent production cut because of drought in Canada, Nitin Kalantri, a major pulse trader from Maharashtra, said. “Masur prices are high in the international markets and the government has not been able to control them domestically either.”

In the recent past, the government has been changing policies on pulses frequently, which can be contradictory to the push being given to pulses production in the country.

Traders, who had entered into contractual commitments for import, wrote to the government to reconsider its decision as it will impact moong trade.

“This is causing hardships to importers and traders who have already entered into the contract with the supplier. The traders will be under default and their remittance money will be at stake,” says Kothari.

One of the possible reasons for this decision was the buffer stock of moong with National Agricultural Cooperative Marketing Federation of India, according to Kalantri. The buffer stock of the crop is at a historical high of around 1.3 million tonnes and the disposal is being done below MSP, the expert added.