Can agriculture in Africa sustain a nourishing rural non-farm economy? 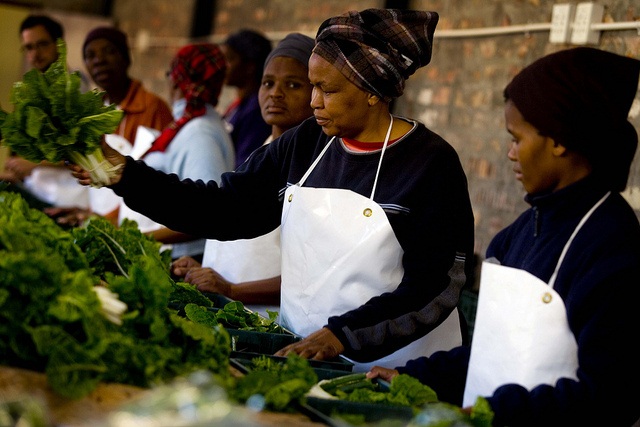 After being out of fashion for a long period, agriculture has been coming back into the spotlight again as part of development policy. Amid rising concerns about food insecurity and high expectations from agribusiness, policymakers have started to emphasise the importance of agriculture as a source of employment.

Across Africa interest in agricultural investment as a source of employment growth and profit is growing. In South Africa, the National Development Plan identifies agriculture as the potential basis of one million new jobs.

But how realistic are these hopes? In our globalised and competitive world, agricultural development is not a great direct generator of jobs. In fact, increases in the intensity, efficiency or competitiveness of agriculture often push large numbers of people off the land. Farm workers, less efficient small farmers, and women often get the short end of the stick.

Policymakers often assume that this is an inevitable part of progress. In the past, displaced rural labour has often found alternative employment in the cities. But in many parts of the world, including sub-Saharan Africa, the prospects for this are slender. Agricultural development may enrich a few – but it can also swell the numbers of the urban poor.

Agricultural development can only serve inclusive growth if it contributes to an inclusive and diverse rural non-farm economy. Unfortunately, policymakers tend to ignore this issue. Agricultural policy is not much concerned with labour markets, while industry and trade ministers tend to concentrate on urban issues.

This is an important gap. Policymakers need to ask how different pathways of agricultural development affect non-farm employment.

A recent multi-country research project funded by DfID and the ESRC suggests that the right kind agricultural development can indeed stimulate rural non-farm job creation. But the links are neither simple nor direct.

The study by the Institute for Poverty, Land and Agrarian Studies (PLAAS) at the University of the Western Cape investigated linkages between agriculture and the non-farm economy. It focused on three rural districts: Weenen in South Africa, Mchinji in Malawi, and Mazowe and Masvingo in Zimbabwe.

Rather than the social accounting matrices usually used for this kind of research, PLAAS and its partners took a qualitative approach. They carefully mapped the flows of money and resources that connect local agricultural enterprises to upstream and downstream markets.

What has emerged is a complex picture. What is good for the farmer is not necessarily good for the non-farm economy. Farmers with deeper pockets may not always spend their gains in ways that benefit their neighbours. Rather, beneficial effects depend on the local political economy.

Each case study revealed a very different scenario. In Mchinji small-scale farmers on communal land accessed local fresh produce markets by venturing into horticulture. Many new local livelihood opportunities were created – but these were small and vulnerable.

In Mazowe, small-scale tobacco growers who benefited from Fast-Track Land Reform made good money from distant markets, particularly China. This in turn created many opportunities for specialised local entrepreneurs.

In Weenen, large-scale agriculture turned out to be disconnected from the local economy. It had upstream and downstream links to distant markets but contributed little to employment in the area.

An analysis of the spatial patterns revealed by these case studies suggested some important insights. Simply being connected to distant markets is not enough to guarantee that agricultural development benefits the local non-farm economy.

Access to distant markets can support local employment. But this only happens if such farms are located in dense local networks that are socially embedded and not characterised by highly unequal power relations.

Where there are such networks, the local economy can benefit from trade and income flows. These benefits accrue through the purchase of intermediate inputs, and from local consumption and investment expenditure. They also come about through local retail, processing and transport of agricultural produce.

The scale of agriculture is an important factor too. In the South African case study, large-scale commercial farmers gained good incomes from highly efficient farms that served distant markets. But they also bought their inputs from distant suppliers. They provided little employment locally, and most of their spending on goods and services took place elsewhere. In Malawi, the same tended to be true of large estate farms.

This contrasted strongly with Zimbabwe where, for instance, the opportunities linked to small livestock farming and to small tobacco farmers’ windfalls from trade with China circulated in the local economy.

In all these cases, a common pattern emerges. Where large-scale agriculture is owned by distant players or by a farming elite with few local political or social commitments, the economic networks they create are unlikely to stimulate local opportunities.

Similarly, some kinds of economic integration can actually worsen marginalisation and unemployment. The positive spin-offs of agricultural development in Zimbabwe and Malawi, for instance, seem to be strongly linked to the absence of powerful, vertically integrated and internationally owned corporate food retail chains and supermarkets.

When big supermarkets enter, they create some formal sector jobs. But they also marginalise local farmers, compete with local traders, and suck money out of the local economy. In contrast, small and locally owned retail enterprises and markets are a key element of the agrarian structure. While often modest and not very glamorous, they are crucial for circulating money and economic opportunities.

In all three countries, the research suggests that ensuring an inclusive rural economy is about much more than growth in agricultural trade. Aside from exporting agricultural produce, rural economies tap into national and urban economies via social grants and public service salaries.

Links are also developed through the expansion of the non-agricultural urban economy into rural areas. The existence of migrant networks and “stretched” households that straddle the urban-rural divide also helps.

Additionally, many agricultural entrepreneurs also depend on other, non-agricultural service industries. These include tourism, hospitality, the building trade and small town services.

So, while agriculture can contribute to local employment, it is better able to do so when there is a diverse, rural non-agricultural economy. This diverse economy can ensure that more money is circulating in the local markets, benefiting farmers and other entrepreneurs dependent on agriculture. 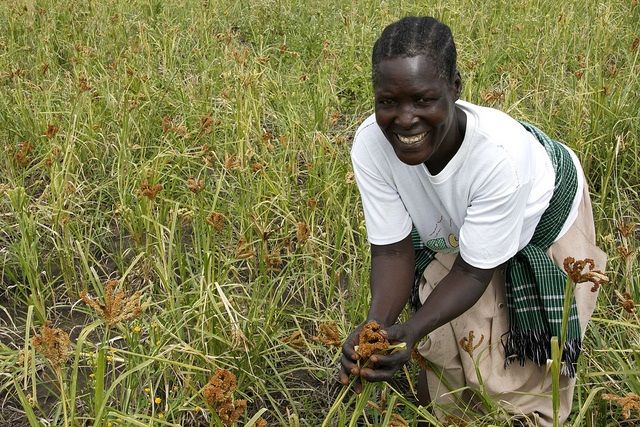 These findings have important implications for agricultural and economic policy.

First, they suggest that agricultural policy should promote smallholder agriculture – not simply as a contribution to food security, but also as a source of employment, and as a powerful hub for forward and backward linkages into the local economy.

Where rainfall and markets allow, this kind of land reform can make an important contribution to the rural economy and the survival and welfare strategies of poor South Africans. Such a policy would also enable beleaguered medium-scale white farmers – who contribute little to food security anyway – to exit the market.

Elsewhere in Africa, land and investment deals that create large-scale farming enterprises, externally owned and plugged into distant export markets, are unlikely to contribute to local employment. They should not be supported in the mistaken belief that they do.

Maximising the economic benefit from agricultural development and smallholder farming requires better support for local retail and informal markets often disregarded by urban planners. These markets include those for livestock and fresh produce.

Finally, local planning, land use, zoning and anti-trust law and policy should be geared to protecting small informal growers, markets and retailers from being swamped by large-scale agriculture and the intrusion of powerful corporate retailers into rural markets.

The study, done by PLAAS, on which this article is based was part of the Growth Research Programme funded by the British Department for International Development and Economic and Social Research Council.