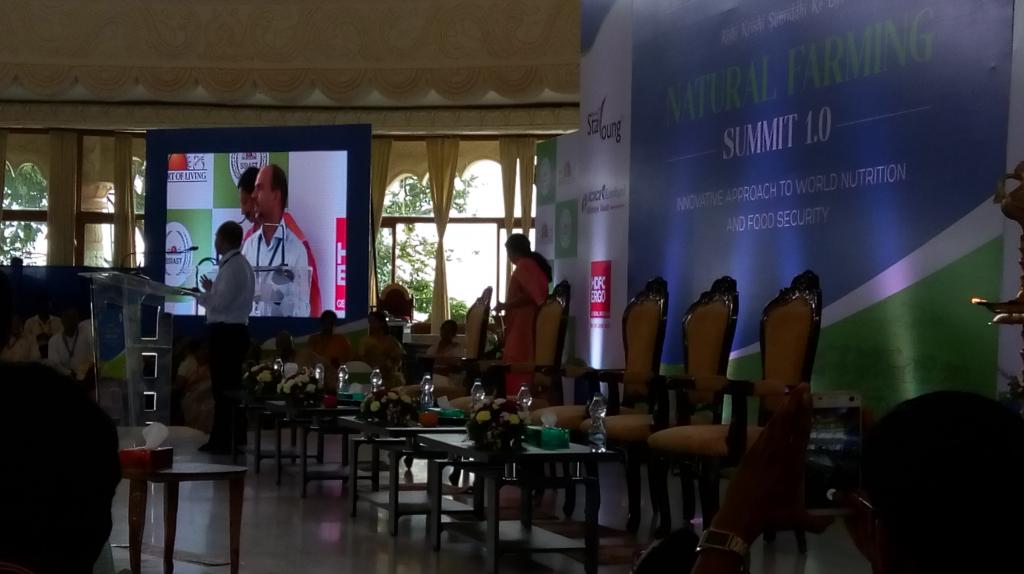 There’s a need to create a foolproof mechanism that will make it easier for the government to assess crop loss and speed up the process of settling insurance claims of farmers, said Ashish Bhutani, joint secretary, Ministry of Agriculture, at the Natural Farming Summit 2017 organised by the Sri Sri Institute Agricultural Sciences & Technology Trust (SSIAST) in Bengaluru on May 9.

While dishing out figures about the adoption rate of the Pradhan Mantri Fasal Bima Yojana (PMFBY), he said 57.3 million farmers have been insured in 2016-17 as opposed to 48.5 million in 2015-16, which is a little over 18 per cent growth. "The biggest change has been witnessed in the coverage of non-loanee farmers. Awareness building activities among farmers have helped. More than 20 per cent of the farmers, who opted for insurance last year, were non-loanee farmers," said Bhutani.

Total cropped area insured, according to him, has increased by 58.9 million hectares and premiums worth Rs 21,968 crore have been collected through crop insurance in the last financial year (2016-17). It’s a significant increase from Rs 5,624 crore in FY 2015-16.

In 2016-2017, Madhya Pradesh, Rajasthan, Maharashtra, Uttar Pradesh and Karnataka emerged the top five states that are leading in crop insurance adoption. They collectively contributed to almost 70 per cent of the total area insured.

What are the hurdles in PMFBY implementation?

Under climate change scenario, making assessment and forecasting rain and other weather conditions accurately has become challenging. This, in turn, is affecting assessment of yield losses and payment of claims to farmers.

Poor density of government’s Automatic Weather Stations (AWS) and lack of trust among farmers in private AWS is presented as another major challenge.

According to Bhutani, conducting crop cutting experiments (CCE) is a time-consuming and cumbersome affair. Hence, planning requisite number of CCEs under the PMFBY is a challenging task. “Since Independence, CCEs have been used for the estimation of production of crops. It’s quality and accuracy is questionable. Moreover, there’s lot of pressure on revenue authorities to fudge data. This is the biggest stumbling block in implementing PMFBY. At least some better methodology needs to be evolved to assess crop yield,” said Bhutani.

So, what is government doing at its end?

“We had various meetings with other countries, including the US. In fact, they are looking at India to create protocols and products to make the entire process transparent, accurate and economically viable. We are also in touch with the best agriculture universities and experts. Today, I urge farmers, researchers and domain experts to partner with the government and suggest a robust mechanism. This is the only way by which we can bring the premiums down for farmers and still give them the best crop insurance product,” he said.

Down To Earth had earlier reported why states have shown reluctance in implementing the PMFBY due to the burden of premium on their economy. Bhutani echoed the same concern when he said that a state like Maharashtra spends more than Rs 2,000 crore every year for crop insurance, while the state’s entire agriculture budget is hardly Rs 4,000 crore.