On Public Food stockholding, the current proposal is far worse than the Peace Clause, which itself suffered from several problems 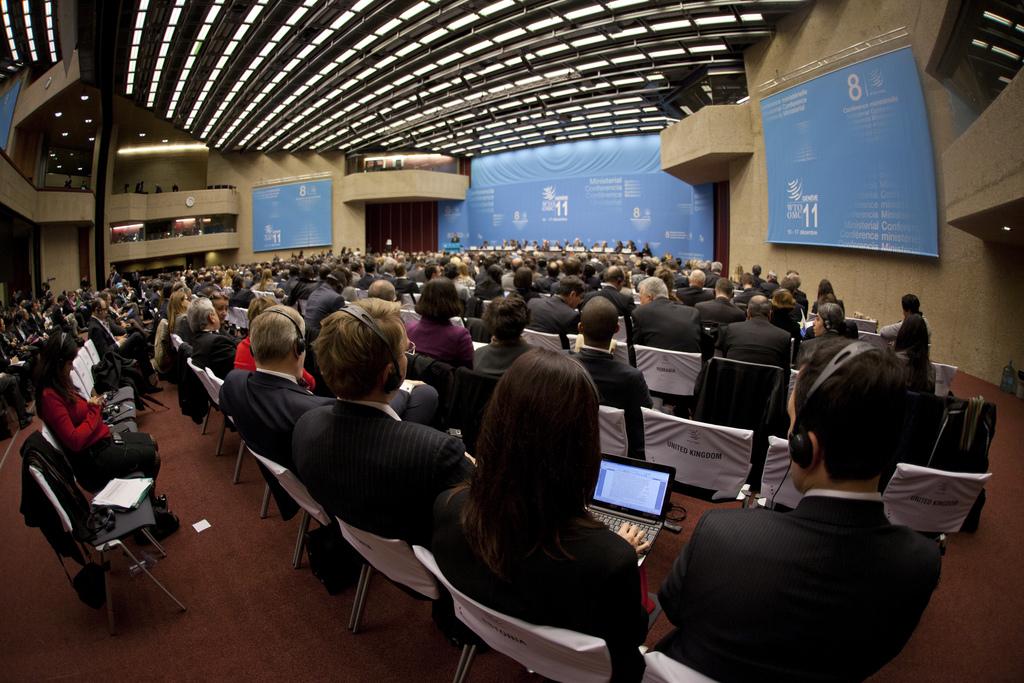 The USA’s refusal to agree to any permanent solution on public food stockholding remains a stumbling block. Credit: US Mission Geneva / Flickr

We express deep disappointment with the new text of agricultural that was released by the Chair in consultation with a few Member States on December 12. The way this text has emerged flouts all democratic and multilateral principles. Only seven countries, in consultation with the Chair, have drafted this and sprung it on their fellow Members. This process, therefore, suffers from a severe lack of legitimacy.

On Public Food stockholding, CSOs felt the current proposal is far worse than the Peace Clause, which itself suffered from several problems in terms of onerous notification requirements, restriction to staple crops, which itself is undefined, and that the relevant subsidy do not distort trade or adversely affect the food security of others. These almost impossible notification and safeguard conditions have been retained in this text. In addition, higher standards are proposed on safeguards in footnote 5 ,which says such stocks cannot be “exported directly or indirectly”. Again this condition, especially related to indirect exports, is impossible to meet.

Developing countries should not be accepting this text. Since the 1986-88 reference price is not revised, they will always be artificially exceeding the de-minimis and will be forced to go through this onerous process to safeguard their policy space to ensure procurement for public food programmes.

On domestic support, the preamble does not mention the Doha Development Agenda. Without this, the recognition that those with 0 AMS (Aggregate Measurement of Support) entitlements as well as all S&D will be lost.

Moreover, Paragraph 1 suggests the OTDS approach that proposes cuts by all countries including developing countries, even with 0 AMS entitlements. Members are also supposed to continue talks on “all” aspects of Domestic Support. While this would cover the Blue and the Green Box which is welcome, the de minimis and the Development Box should be explicitly left out. On the other hand, Para 1 suggests AMS by developed countries, a key component of inequities in AOA subsidy rules, should be reduced and not eliminated. This is definitely a much weaker commitment than what should be required of the developed countries.

Further Para 2 seems to suggest all members should strive to use less trade-distorting forms of domestic support, whereas this should have again explicitly left out developing country Members with 0 AMS entitlements, as in the Rev.4 text.

On Cotton, it is shocking to see that no progress is made and no outcome is reached in spite of proposals submitted by the Cotton-4 countries, and promises made in the Hong Kong Declaration (2005) that “trade-distorting domestic subsidies for cotton production be reduced more ambitiously” than for other products generally and the commitment to “give priority in the negotiations to reach such an outcome”.

On the Post MC11 work programme, the proposed text in relation to the Special Safeguard Mechanism (SSM) remains weak as it makes no further commitments beyond Nairobi Declaration. This has been a longstanding demand of developing countries and a deadline of 2019, the 12th Ministerial Conference, should have been set.

In its totality, this text is not acceptable in its current form. It is clear that this needs a lot of work before it can deliver on the long-term commitments of the Doha Development Agenda. In any case, the USA’s refusal to agree to any permanent solution on public food stockholding remains a stumbling block to this process, making MC11 agricultural negotiations doomed to fail.