Farmers need immediate help rather than plans for the future, they say 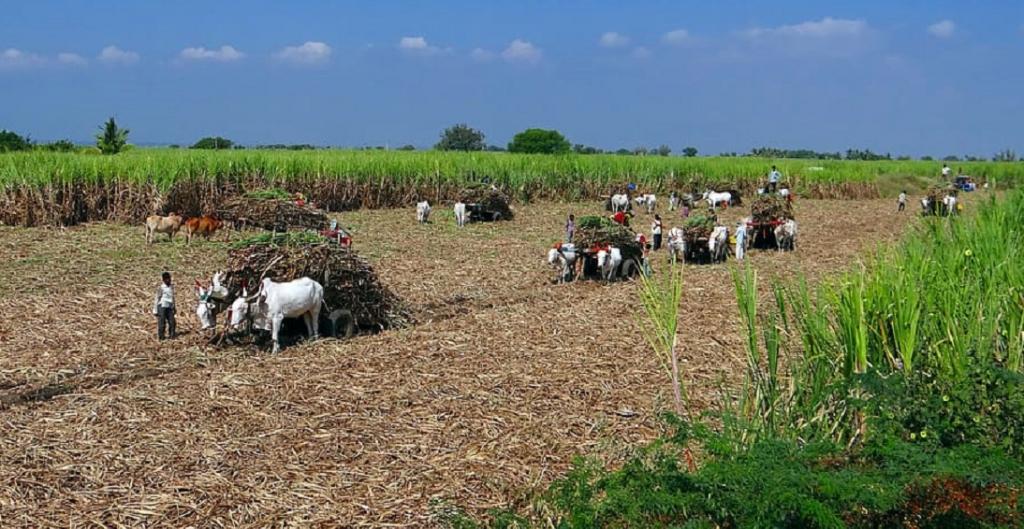 Agricultural experts on May 15, 2020, described Union Minister of Finance Nirmala Sitharaman’s third tranche of economic stimulus aimed at farmers, as a ‘dampener’.

The announcements made by the Centre had nothing to do with the distress caused by the novel coronavirus disease (COVID-19) outbreak, the experts said.

Rather, they were a road map for the future or were schemes that had already been announced in the Union budget and were in various states of implementation.

What farmers and rural India desperately needed at this point of time was instant relief, the experts said.

“The agriculture sector is not only about farmers. It also includes farm workers and rural artisans who are at the bottom of the ladder and have been overlooked,” Patiala-based agricultural economics expert, Gian Singh, said.

“Second, the farmers need instant help and what has been announced is a roadmap towards the future and some measures that are already underway,” he added.

He expressed his scepticism over the proposals on allowing interstate selling of farm produce and deregulation of commodities under the Essential Commodities Act.

“These are not going to be in the interest of the farmer. Allowing interstate selling of produce is a move towards running away from the assured marketing like procurement of wheat through Minimum Support Price (MSP),” Singh said.

The deregulation had to be looked at in the context of the small individual farmer, he said. “He does not export himself as this is done by big corporations. Hence it will lead to further corporatisation and also inflation at the local level,” he added.

He also expressed his reservations over the proposed assured agriculture purchase guarantee scheme. The experience of Punjab farmers in this direction had not been good in the past when it came to an agreement with a multinational processor, Singh noted.

“They dither from honouring their commitment when there is a bumper produce by pointing out various shortcomings in the quality, etc. At the same time, when there is a shortfall in production, they use all sorts of measures to ensure that the farmer sells only to them and does not take it elsewhere. It is a double-edged sword,” Singh said.

“Secondly, we all have MSP announced for 23 crops while the same is paid only for wheat and rice and that too in states like Punjab, Haryana, western Uttar Pradesh and some more. At certain places, sugarcane is also procured, but the payments to the farmers are standing due for as long as seven years,” he added.

SS Sangwan, an agricultural economics expert based in Rohtak in Haryana, equated the government announcements for the future with a parable.

“A shepherd told his flock that each one of them would get a blanket at the end of the winter season. It is a different matter that the wool too would be extracted from them,” the parable went.

Sangwan referred to the claims that procurements had been made at MSP to the tune of Rs 74,300 crore in the lockdown period. Punjab, Haryana and Madhya Pradesh would constitute a very major chunk of it, he said.

“What needs to be done is procurement of all the listed crops at MSP other than just wheat and rice and partial procurements of others. This will provide a major relief to the farmers,” Sangwan said.

This was because there was a difference of up to Rs 1,000 per quintal between the price quoted for MSP and for what farmers were forced to sell in the market.

“The crops include oil seeds, coarse grains etc. It is simple economics that when the farmer has cash in hand, it would lead to demand in other industrial products like tractors, coolers etc,” he said.

Sangwan however said the move on interstate sale of agriculture produce by farmers and deregulation of commodities under the Essential Commodities Act would be beneficial for farmers in the long run.

“Even now, some farmers try to sell their produce in other states to get greater remuneration but they do it under fear and at many occasions, they are not sure whether their produce would be procured at all in the neighbouring state. This concern will be addressed,” he said.

Second, the fear about inflation because of proposed moves would be addressed as free movement of produce would act as a balancing factor, he added.

Sangwan also underlined that the government needed to come out with instant relief for the agriculture sector instead of announcing plans for the future at this time. “It needs to be remembered that disaster has to be countered with relief,” he said.

“What was announced sounded more like a Five-Year Plan announcement. The finance minister herself said that the announcements were a part of the budget,” he said.

For instance, the move on vaccinating livestock for Foot and Mouth Disease was an ongoing exercise while the moves on agriculture produce purchase guarantee had been in the pipeline for almost three years, Chauhan said.

“The question is, should the farmer wait for things to materialise over the next five years? He needs immediate help in a scenario where he is unable to sell his produce at a decent price,” he questioned.

“The farmer is getting Rs 1.50 per kilogram for tomato, Rs 2 per kg for capsicum and Rs 3 per kg for bottle gourd at present. It is here that immediate intervention is required,” he added.

Singh also gave a different dimension to the government claims on additional milk procurement during the lockdown period.

“What has been happening is that there was procurement for four consecutive days and on the fifth day many dairy farmers had to dump their produce since there was no procurement. These issues need to be addressed,” he said.