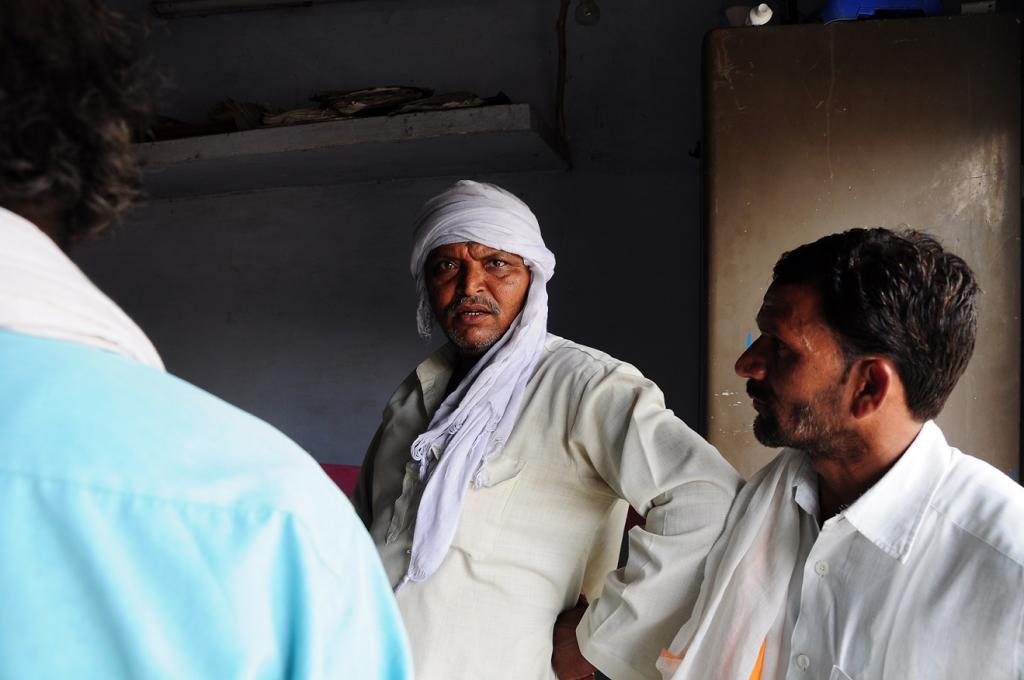 Maharashtra, which has one of the highest rates of farmer suicides, is already struggling due to sharp fall in prices of onion. Credit: Sayontoni Pal Choudhuri

Four years after coming to power and thousands of farmer suicides later, the Prime Minister Narendra Modi has called a national conference on February 19-20 to discuss short- and long-term solutions to farm distress and achieve the goal of doubling farmers’ income by 2022. Besides Agriculture Minister Radha Mohan Singh, NITI Aayog officials, academicians from state universities, farmers and economists will be among others who will participate in the meeting. The experts, after discussing issues confronting agriculture and allied sectors, will submit the recommendations to the PM.

The decision comes on the heels of a “colossal loss” that the farmers in Maharashtra, Madhya Pradesh and Uttar Pradesh experienced due to unseasonal rains accompanied by hailstorms damaging 190,000 hectares in Vidarbha, Marathwada and North Maharashtra. Besides jowar (sorghum), onion and green gram, orange and banana plantations have also been damaged.

While the Modi government calls agriculture a TOP (Tomato Onion and Potato) priority, the potato farmers in Uttar Pradesh are facing glut after production of potato recorded an 11 per cent increase over the previous year. With excess production and low demand, the price of potatoes in the wholesale market fell well below the cost of production—Rs 10 per sack of 50 kg, which comes around 20-25 paise per kg. Thousands of tonnes of potatoes were dumped in Agra, Mathura, Aligarh, and other districts. Such wasteful decomposition of huge volumes of potato is a perennial problem in UP.

Like potato farmers in Uttar Pradesh, tomato farmers in Andhra Pradesh dumped their produce on the roadside during the last week of December after the prices had crashed to as low as 50 paise per kg. They had been urging the government to intervene and fix a support price of Rs 5 to Rs 9 per kg. But that has not happened.

Similarly, Maharashtra, which has one of the highest rates of farmer suicides, is already struggling due to sharp fall in prices of onion. In fact, India’s horticulture output in 2017 was a record—nearly 300 million tonnes.

In the latest budget, the two key announcements made by Finance Minister Arun Jaitley were doubling of farmers’ income by 2022 and ensuring that the minimum support price (MSP) is 50 per cent more than cost of production for Kharif crops.

However, experts allege that the BJP government has changed the definition of 'cost' while deciding MSPs. Instead of following Swaminathan Commission’s recommendation of providing 50 per cent profit on comprehensive cost (C2), which includes imputed rent and interest on land and capital, the Centre announced 50 per cent profit on actual cost (A2) and imputed value of family labour (FL). Unlike C2, A2+FL excludes the rent for owned land and interest on fixed capital. Last November, farmers from across the country launched an agitation demanding MSP for all crops and farm produce.

The union budget has also not allayed the concerns over increasing input costs. The farmers have been demanding a support for transition from high-input agriculture to low-input sustainable methods. They want the government to reduce cost of cultivation through subsidies, regulation of input price and production incentives.

Questions have also been raised on the ‘flawed’ crop insurance scheme. The gaps in assessment of crop loss, inadequate and delayed claim payment and its benefits limited only to loanee farmers are some of the issues at hand. The scheme also fails to cover sharecropper and tenant farmers. Besides this, reforming banking systems to ensure that agri-lending goes to small farmers and their collectives instead of agri-business companies, has also been on the farmers’ charter of demands.

When the experts converge for the discussion on February 19 and 20, they need to take the discussion beyond loan waivers, which, anyway has failed to alleviate the pain of the farmers.