While reorganising land rights for rural women may be an arduous and long-drawn task, alternative solutions can be adopted 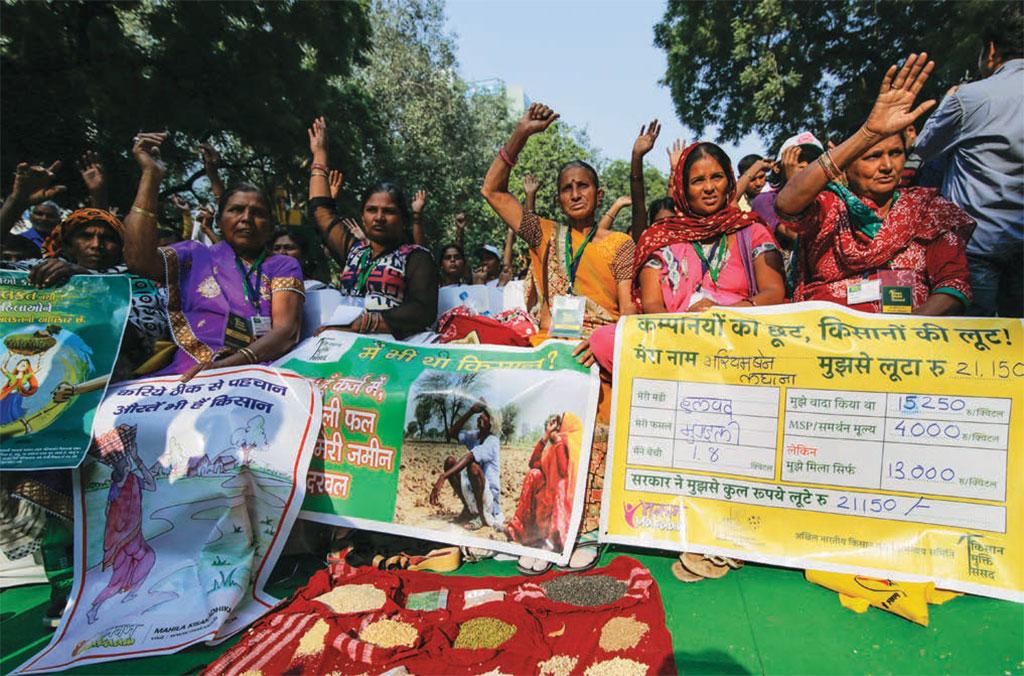 The United Nations observes October 15 as International Rural Women’s Day to highlight the contribution of rural women to the world’s economic development. Taking cue from this, the Government of India declared October 15 as Rashtriya Mahila Kisan Diwas in 2017. This was a welcome step, especially in the context of the agricultural collapse that has engulfed the country and has manifested itself through farm suicides and exclusion of women agricultural labourers from the narrative of agricultural reforms in India. The year 2016 marked 25 years of India’s neo-liberal economic reforms and the opening of Indian economy to the vagaries of capitalist approaches of development (or displacement, as many may want to call it). Since economic liberalisation, disturbing trends of farm suicides have emerged. Media reports say that nearly 0.2 million farmers have committed suicide due to socio-economic pressures and poverty since 1997.

“Accidental Deaths and Suicides in India 2015”, a report by the National Crime Records Bureau (NCRB), puts agricultural suicides in India at 12,602. Of these, it classified 8,007 as farmers and 4,595 as agricultural labourers. The report cited crop failure and indebtedness as the major reasons for the deaths, which increased by 2 per cent from the year 2014.

However, it is important to note that farm debt is just a corollary of the larger malaise of perpetual agricultural failure, which manifests itself through incidents like the Mandsaur agitation of 2017 in Madhya Pradesh, or suicides of farmers like Gajendra Singh during a political rally in Delhi in 2015. But what remains absent is the female face from the problem, recognition of which is key to address issues of ecological and food security, achieving targets of United Nations’ Sustainable Development Goals (SDG 5 on gender equality), and imputing contribution of women to larger goals of national development.

Women in rural areas, who do not own land, usually engage in agricultural labour activities. ncrb defines a farmer/cultivator as one whose profession is farming and includes those who cultivate their own land/leased land/other’s land with or without the assistance of agricultural labourers. While counting farming suicides, cases of people who have land on their names are considered as farmers, according to several studies undertaken. There remains ambiguity in the definition and classification of farmers, which further affects recognition of the female face in agriculture.

Bina Agarwal’s 1994 book, A field of one’s own, as well as the latest Socio Economic Caste Census (SECC, 2011), classify land as the most important economic determinant of poverty and deprivation. According to secc, over 100 million—or 56.4 per cent—of rural households own no agricultural land. What’s worse, while women do 80 per cent of farm work, they own only 13 per cent of land, according to a factsheet released by international non-profit Oxfam in 2013. This is despite the country having undertaken agricultural reforms since 1950s.

This means that rural poor in absence of any collateral, succumb to economic pressures, resulting in displacement of farm labour or “de-peasantisation’ (a disruption of peasant activities accompanied by a migration of males from agriculture towards casual work) and, in absence of better economic opportunities, in an “informalisation” of work away from agriculture. According to a 2013 report published in The Hindu, between 2001 and 2011, a total of 7.7 million farmers left agriculture. Another report published in The Wire in July 2017, stated that the number of rural to urban migrants (most of whom are men) in India stands at 100-200 million.

In addition to this, mechanisation of agriculture has also resulted in confinement of women to traditional roles such as winnowing, harvesting, sowing seeds and rearing livestock, which are low paying. This clubbed with the burden of household chores, and a lower wage rate than men, contribute to further economic disparity. 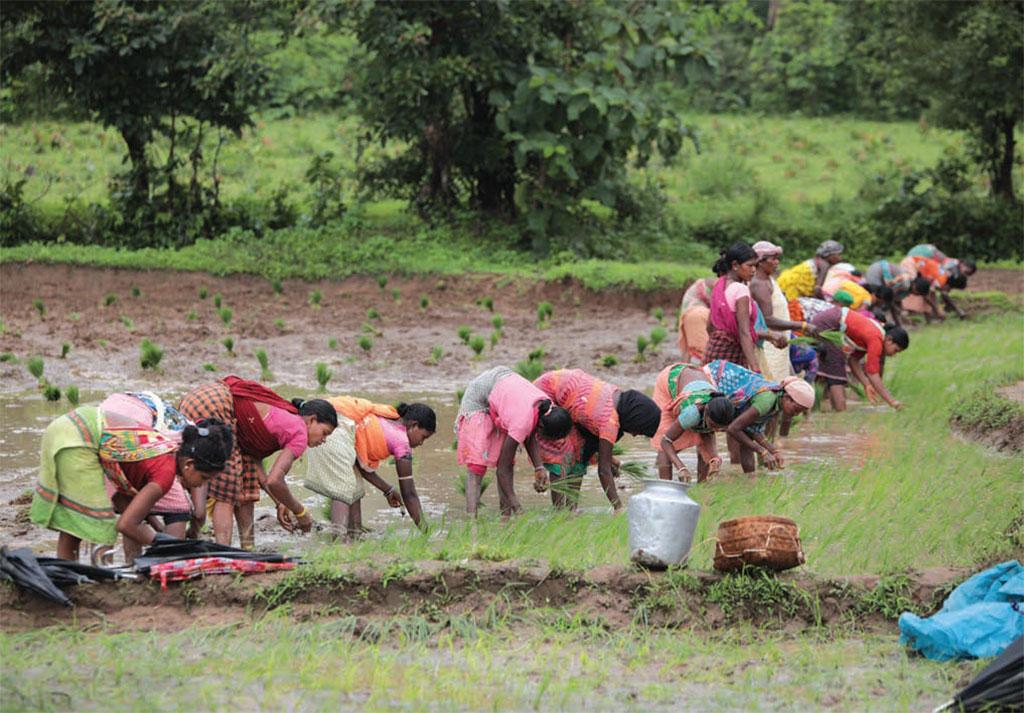 Notes from the field

A study undertaken by the author of this article in 2007-08 in Wardha district of Vidarbha (one year after the announcement of Prime Minister’s Relief Fund to address the issue of suicides), considered 33 out of 37 households where suicides were reported. After visiting and interviewing the family members of each of the 33 households identified from the government list, it was found that only 19 cases could be classified as “farmer suicides”, that is, suicides that could at least be indirectly linked to a failure of agriculture, leading to a deterioration in their livelihoods. A few findings with respect to feminisation in the wake of agricultural marginalisation are: • Of all the 19 households with farmer suicides, 15 (79 per cent) were headed by females and four were headed by males. In other words, suicide by male cultivators had resulted in a large number of female members in the family taking up the responsibility of managing the household.

While land and agriculture are state subjects, laws governing them are often influenced by religion, tradition and socio-cultural norms, which owing to realities of patriarchy and inheritance laws largely exclude women from accessing land rights. Attempts at recognising land rights of women began with the sixth Five Year Plan (1980-85), with the government initiating grant of joint titles, when distributing land and home sites.

However, there are variations in personal laws. For instance, the Hindu Succession Amendment Act (2005) gave Hindu women equal coparcenary rights in joint family property and deleted the discriminatory clause on agricultural land. But Muslims are still governed by the Muslim Personal Law (Shariat) Application Act, 1937, where the Shariat supersedes “custom or usage to the contrary” for all property, except agricultural land. The situation could be far worse for people belonging to the Scheduled Castes, Scheduled Tribes and differently-abled women because they are subject to marginalisation in their day-to-day lives. For instance, legislations such as the Forest Rights Act which were meant to protect property rights of tribals remain inadequately implemented in some states and these communities continue to live in abject poverty. According to a report in 2013 published in The Hindu, about 40 per cent of the total land acquired so far belongs to them.

The larger problem also pertains to land ownership versus land control, as merely granting joint titles (which some states have) doesn’t necessarily mean that control of the property would be vested with the female. One example of such power appropriation emanates from the concept of “sarpanchpatis” or proxies of elected women sarpanches in gram panchayats. Though there is a 33 per cent for women at the panchayat level, it is men who often exercise the control.

It must be noted, however, that several states have amended their land legislations in this regard and implemented reforms, such as lower interest rates and registration fee for women. Oxfam India’s Aaroh campaign, advocating joint rights in land ownership in Uttar Pradesh, has been a welcome step in this regard. The campaign was launched in 2006 by Gorakhpur Environmental Action Group, a group of students, researchers and faculty of the ecology lab of the botany department of Uttar Pradesh’s Gorakhpur University.

The draft Land Reform Policy (2013) of the Union government recognised the need to grant land ownership rights to rural women and redistribute land to all landless poor. However, the implementation of land reforms in India have remained tardy. Consider the Bhoodan movement started by Vinobha Bhave, which received over 16 million hectares from the rich for redistribution to the poor. Of this only about 9 million hectares was redistributed. While reorganising land rights for rural women may be an arduous and long-drawn task, alternative economic opportunities through schemes like the Mahatma Gandhi National Rural Employment Guarantee Act and National Rural Livelihood Mission must be strengthened to empower women in the agriculture sector.

The article was first published in the State of India's Environment Report 2018.